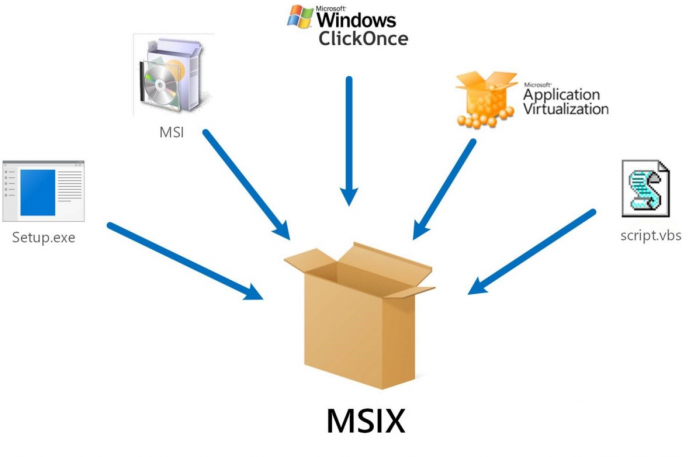 The MSI (Microsoft Installer) and MSIX (Microsoft Store and Windows Package Manager) are two package formats used to install and manage software on Windows devices. Both formats have their own unique features and benefits, and the choice of which one to use depends on the specific needs of the software being distributed. In this article, we will compare MSIX vs MSI in terms of their capabilities, deployment options, and limitations.

MSI is a package format that has been used by Microsoft for over 20 years to install and manage software on Windows devices. MSI packages are created using the Microsoft Visual Studio Installer tool, which allows developers to specify the files, registry keys, and other resources that need to be installed on a target device. MSI packages can be deployed in a variety of ways, including through the use of Group Policy Objects (GPOs), Microsoft System Centre Configuration Manager (SCCM), and manually by running the package on the target device.

One of the main advantages of MSI packages is their flexibility and customization options. MSI packages can be configured to perform a variety of actions during the installation process, such as running custom scripts or modifying system settings. This makes MSI a suitable choice for software that requires a high level of customization or integration with other systems.

However, MSI packages have a number of limitations as well. One of the main drawbacks is that MSI packages are not designed to be updated or uninstalled in a consistent and reliable way. Uninstalling an MSI package may leave behind orphaned files or registry keys, and updating an MSI package requires creating a new package and manually installing it on each device. This can be time-consuming and error-prone, especially in large organizations with hundreds or thousands of devices.

MSIX is a newer package format that was introduced by Microsoft in 2018 as a replacement for MSI. MSIX packages are designed to be more reliable, flexible, and easy to use than MSI packages. They can be deployed through the Microsoft Store, the Windows Package Manager, or through SCCM.

One of the main advantages of MSIX packages is their ability to automatically update and uninstall without causing any issues. MSIX packages are self-contained, meaning that they contain all of the resources and dependencies required for the software to run. This makes it easy to update or uninstall the software without worrying about orphaned files or registry keys.

In addition to automatic updates and uninstalls, MSIX packages also offer a number of other benefits. They can be customized to run in different user contexts, such as a system service or in the context of a specific user. They also support multiple languages and can be configured to run on different versions of Windows.

So, which package format is better: MSI or MSIX? The answer depends on the specific needs of the software being distributed. Here is a comparison of the two formats based on key features: