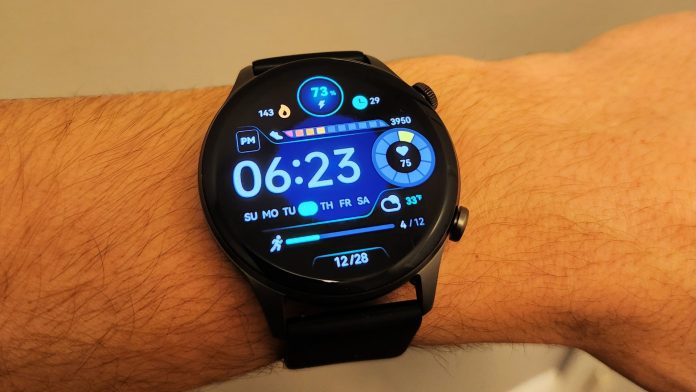 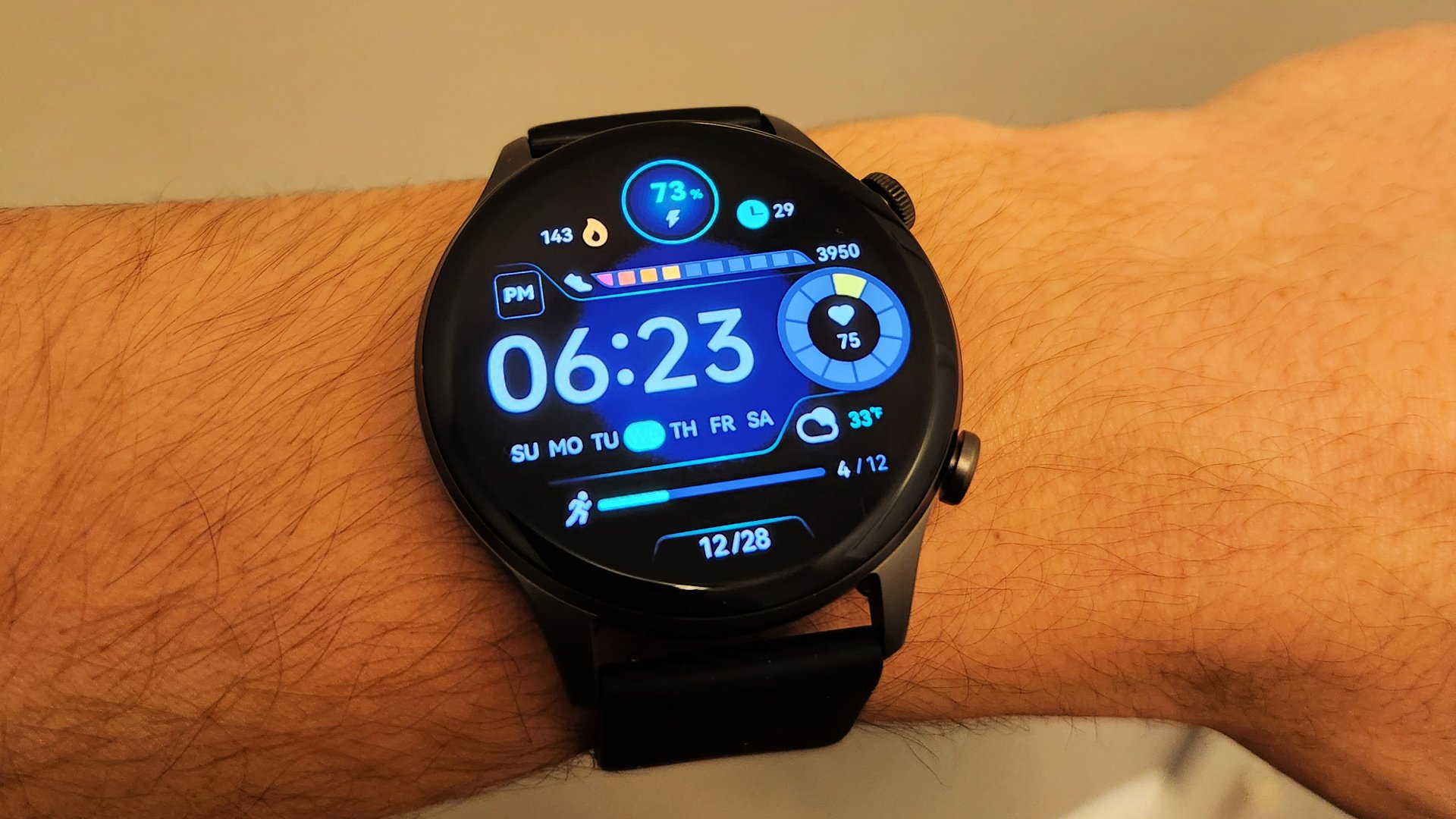 I got my first watch in the third grade, and it was super cool. It not only told time digitally, but also – and this was the cool part – had a digital timer. I strutted around the grade school hallways completely unaware that my new watch would be all but archaic in a mere ten years.

Modern smartwatches have evolved to include countless apps and features. With their Solar Plus RT3 smartwatch, Haylou packs as many of these features as possible into one modern-looking, affordable smartwatch. After spending a couple weeks with this smartwatch around my wrist, I came away with several key takeaways. 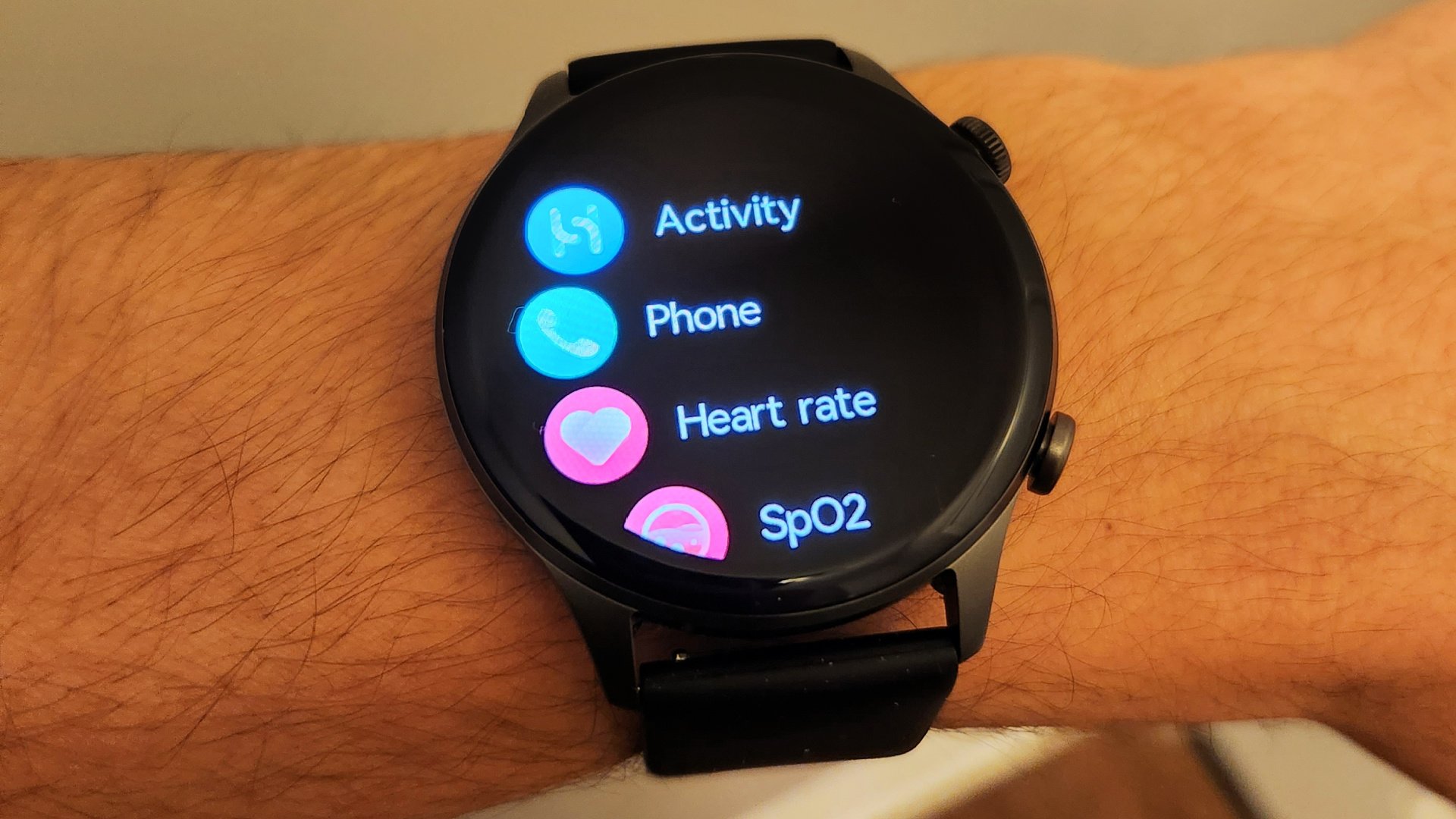 The physical design of the Solar Plus RT3 smartwatch is very elegant. The circular, touch-screen face of the watch coupled with the black rubber watch band is appealingly minimalistic.

The digital face of the smartwatch in customizable, with dozens of downloadable watch face designs available for free in the Haylou app. The app layout on the smartwatch is very reminiscent of the layout on an Apple Watch but is effective.

Learning to navigate to different apps on the Haylou smartwatch was intuitive. The animations when navigating between apps was a little clunky but did not affect performance.

I primarily used the touch screen to navigate on the watch. The two buttons on the side of the watch can take the user anywhere on the watch they need to go, but I found using the watch in this way to be inefficient. 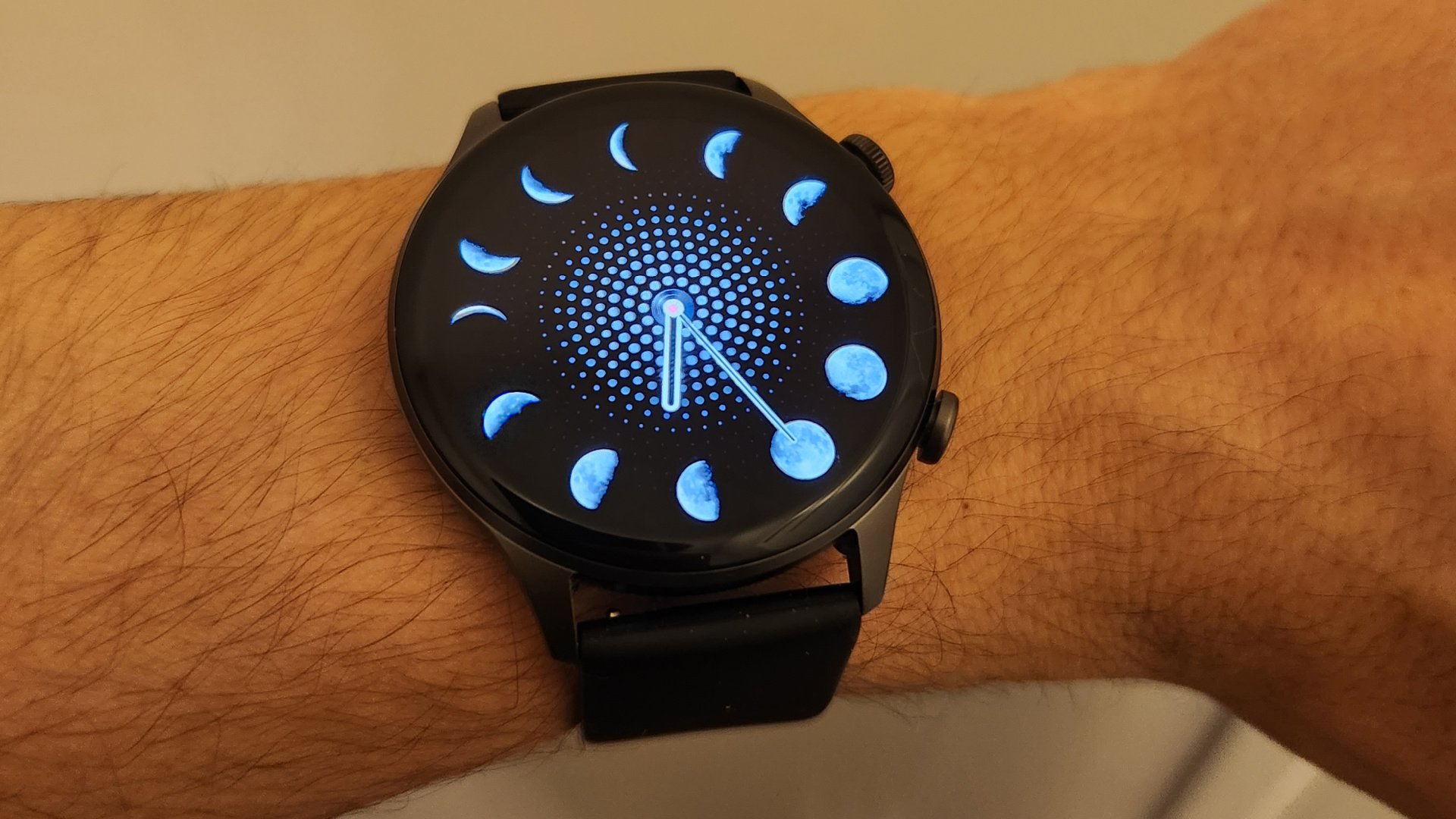 While the digital design of the Solar Plus RT3 was slightly lacking, the physical design was exactly what I was hoping for.  Overall, I was satisfied with the design of this smartwatch.

The number of apps and features on the Haylou Solar Plus RT3 smartwatch is too many to go over each one in detail, so I will talk about the ones that I used the most often.

First is the heartrate monitor. A heartrate sensor is standard on most modern smartwatches, and the Solar Plus RT3 is no exception. I found the sensor to be accurate and reliable.

I think it is important to note that this is one of the only features on the smartwatch that is constantly running. I like this because looking at my heartrate over time is something that I find useful. Most other applications (stress, body oxygen) need to be opened and left to run before seeing a result.

The feature on this watch that I was the most impressed by is the phone. The Solar Plus RT3 smartwatch allows the user to pick up and take calls entirely through the watch itself. This feature is only available when the user’s phone is within Bluetooth range. This is something that I do not expect every smartwatch to have and put to great use. 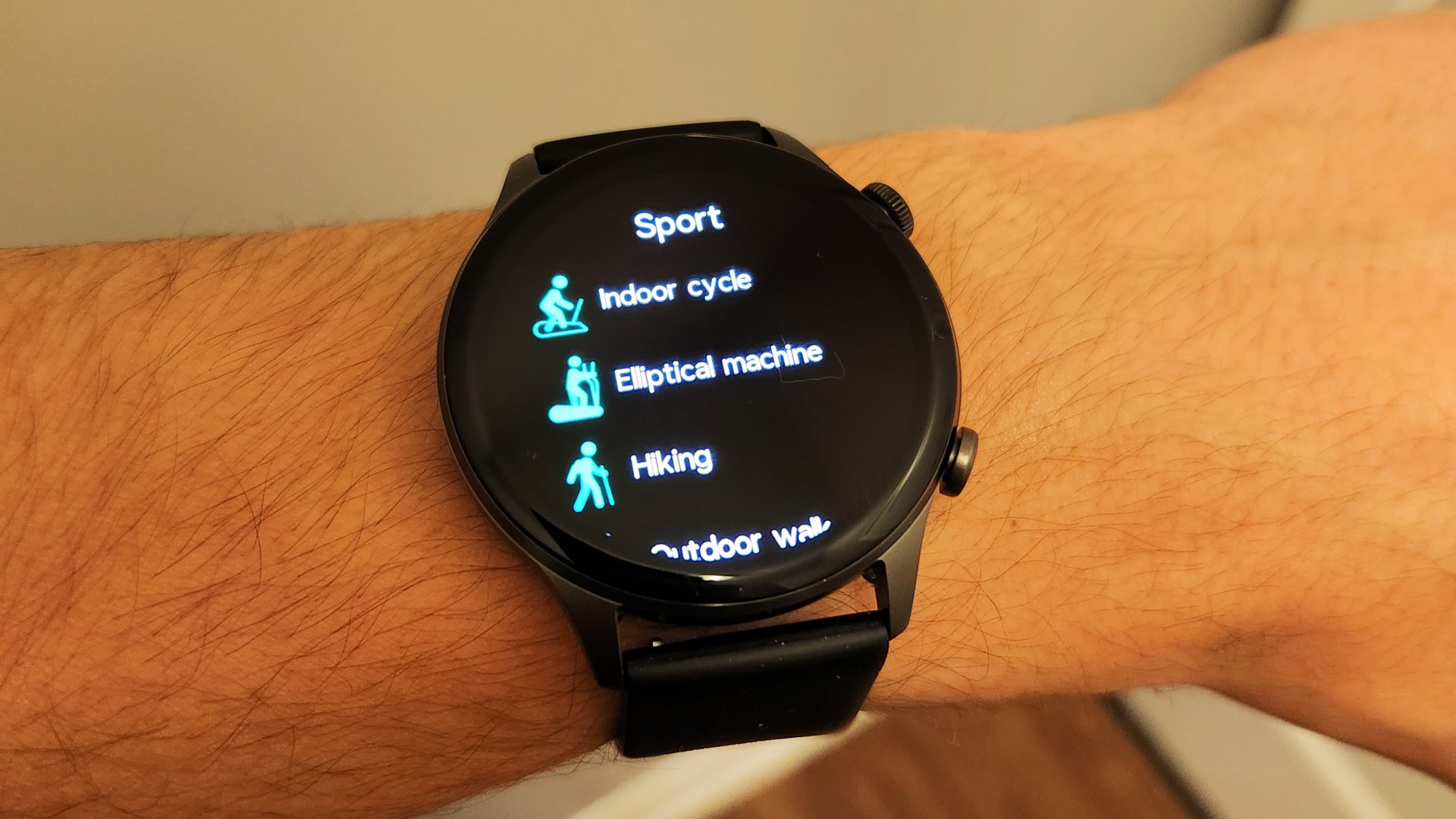 The workout app is very extensive. Every imaginable sport or workout seems to be included in the list of recordable workout options. Swimming is the only option I could think of that is not available, which makes sense as the watch is not waterproof. My only complaint when using the workout app was when I was on the treadmill.

Recording an activity for indoor running gives the user a result for time, distance, and pace. Unfortunately, after when I got done with my workout, these three things did not align.

The amount of time at the recorded pace was computed to way longer than the recorded mileage. Upon realizing this, I stopped using the watch for indoor runs, and relied on the mileage shown on the treadmill.

Overall, the apps featured on the smartwatch met my expectations for a budget smartwatch. Some features underperformed, and others were slightly better.

I made sure to follow these steps to try to attain the seven-day battery life claim on the box. The first day, the watch died before I went to bed. I gave it a full charge overnight and tried again the next day. The second day, the watch was at 55% by noon, but then lasted until the next morning. I made sure to adjust the settings on the watch to the minimum screen blackout time and turning off the lift to wake up feature. Then the battery on the watch lasted two days before dying. 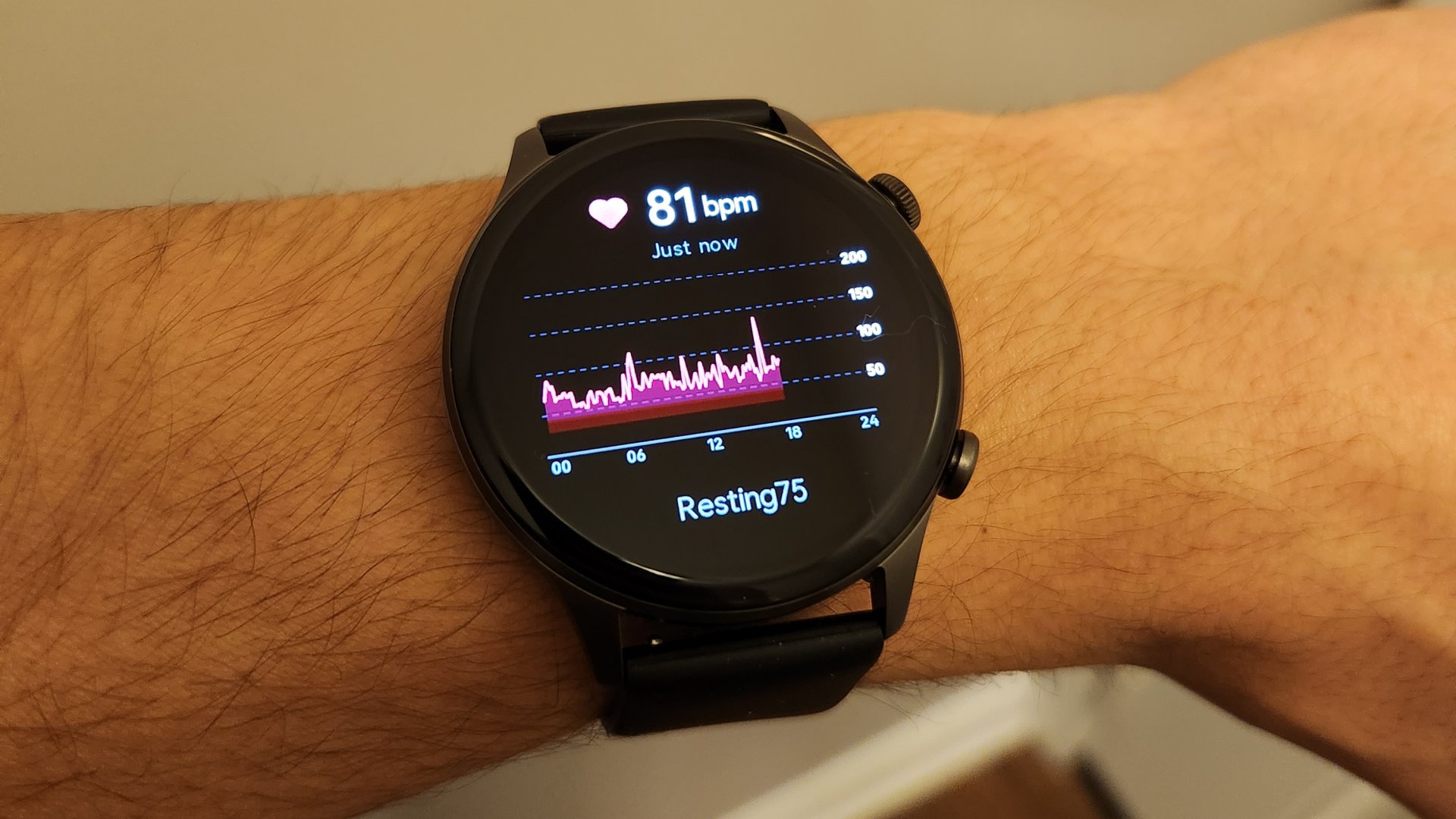 From my first time using the watch, I have managed to lengthen the battery life to two or three days. But this is a far cry from the seven-day battery life I was expecting, especially running on minimum features. If the battery lasted a few more days with regular use, I would be much more satisfied.

The Haylou Solar Plus RT3 smartwatch looks very nice on any user’s wrist. In this regard it is comparable to any top-of-the-line smartwatch. The number of features on the smartwatch are numerous, but their functionality varies.

If there were more standout features such as the hands-free calling, I would be much more impressed. Unfortunately, the battery life, for me, was slightly lackluster.

Charging the battery every other night makes it very difficult to put the sleep tracking feature to good use. Improvements on a few of these features could make this smartwatch quite the force to be reckoned with, but for now I would label it as a competitive budget smartwatch.