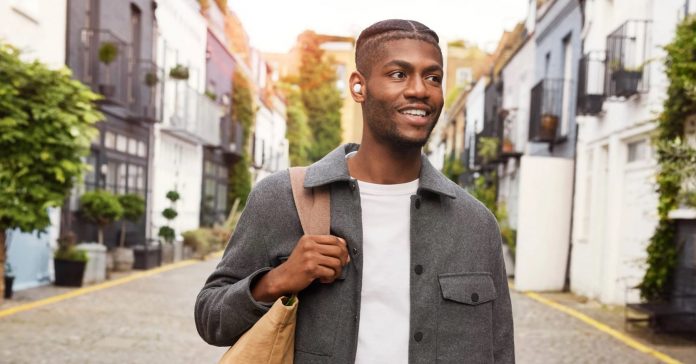 After several months of being leaked, Google has officially announced the arrival of the Pixel Buds A-series. Similar to the A-series of phones Google makes–such as the Pixel 4a–the Pixel Buds A-Series is a mid-range offering with some of what makes the Pixel Buds 2 great, while at a more affordable price.

And by more affordable, we mean $99, because that’s the price of admission on the Pixel Buds A-Series. For that, you’ll get a pair of true wireless headphones with custom-designed 12mm dynamic drivers, that Google says delivers a “full, clear, and natural sound.” However, it knows some people prefer a bit more oomph from their music–such as myself–and for them, there is a Bass Boost option to bring out the low-end.

Comfort is paramount in a pair of earbuds, and according to Google, it has scanned thousands of ears to ensure the Pixel Buds A-Series “fit securely with a gentle seal.” Not only that, but just like previous Pixel Buds, these include a spatial vent to reduce pressure in the ear to prevent that stuffy feeling.

Besides the sound quality and comfort fit, the Pixel Buds A-Series also includes some smart features. Of course, it wouldn’t be a Google product without support for Assistant, and even better, you can activate it hands-free by simply saying, “Hey Google.” Then you can give commands to check the weather, change the volume, or even reply to messages. When it comes to battery life, Google claims the Pixel Buds A-Series will last up to five hours on a charge and 24 hours with the charging case. They can also offer up to three hours of listening time after 15 minutes of charging.

The Pixel Buds A-Series are available for pre-order now in the U.S. and Canada in either Clearly White or Dark Olive. Orders should start arriving to customers by June 17, 2021.

How to use Shared with You on a Mac