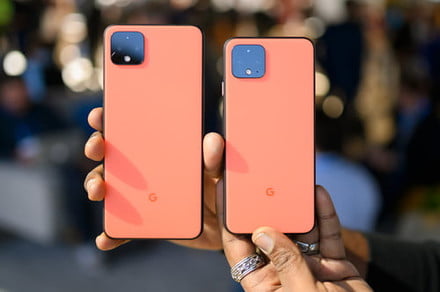 Google’s smartphone division had a markedly better 2019 than many anticipated. As per IDC, the Pixel lineup had its “best performance ever” last year and outsold the China-based manufacturer, OnePlus. Google shipped an estimated 7.2 million units — 52% more than it did in 2018.

While global figures for OnePlus’ sales in 2019 are not publicly available, Counterpoint Research claims the phone maker sold about 2 million units alone in India, its dominant market.

Francisco Jeronimo, Associate VP of Devices at IDC for the EMEC region, wrote in a tweet that most of Google Pixel’s growth stemmed from three markets: USA, Western Europe, and Japan.

We’ve reached out to Google for confirmation and we’ll update the story when we hear back.

Jeronimo didn’t share which Pixel model contributed to this surge but based on past reports, it’s safe to assume Google was able to build up the momentum with its affordable Pixel 3a series. On an earnings call for Q2, 2019, Sundar Pichai told shareholders that the company managed to double overall Pixel unit sales year-on-year for the quarter thanks to the launch of Pixel 3a in May.

Google has also actively run promotions and discounts, most of which often brought down the Pixel 4 and Pixel 3 to the budget $400 range.

A report by The Information earlier this year revealed that sales for Google’s latest Pixel 4 have been largely underwhelming despite its launch coinciding with the holiday season. In the first two quarters they were on sale, Google shipped nearly 3.5 million Pixel 3 phones, 3 million Pixel 3A phones, and paltry 2 million Pixel 4s.

Google still, of course, has a mountain to climb and despite outselling OnePlus, it has yet to breach into even the top 10 smartphone companies. In comparison, Apple sold 73.8 million iPhones in just the fourth quarter of 2019.

Google has a refreshed mid-range smartphone, the Pixel 4a coming up likely this month but experts are skeptical about whether it would make a difference. That is especially due to the positive reception of Apple’s latest, affordable iPhone SE and the entry-level flagship, the iPhone 11 that was the second best-selling smartphone globally last year despite arriving late in September.

In addition, the fate of Google’s Pixel phones itself hangs in the balance. The company’s hardware team lost two, key executives this year including Marc Levoy who oversaw the Pixel phones’ highlighting feature i.e. the cameras.