Nearly all Pixel 4a details surface ahead of launch 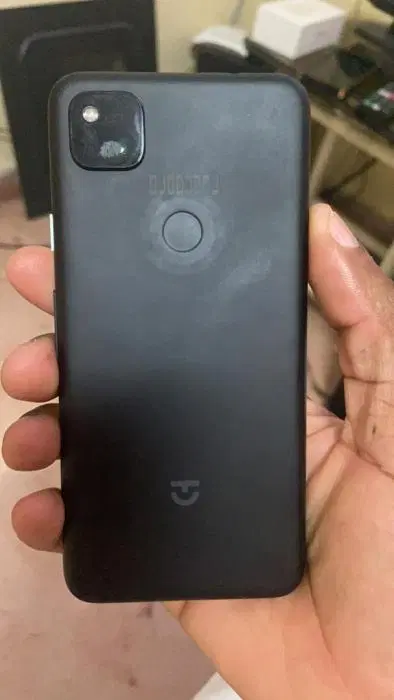 Google’s next phone, the Pixel 4a, is looming on the horizon and should be here in the next few weeks. The handset, as often is the case with Google, has seen no shortage of leaks over the last couple of months.

As we hit the final stretch before the announcement the details have come into sharp focus. And thanks to a recent 9to5google report, we have a fairly solid idea as to what waits for us in the shadows.

According to trusted source close to the outlet, the Pixel 4a will have a 5.81-inch OLED FHD+ display at 2340 x 1080 pixel resolution. A hole punch is said to be present for an 8-megapixel front-facing camera.

Running Android 10, the Pixel 4a is expected to have an octa-core Qualcomm Snapdragon 730 processor with 6GB RAM. Storage is reported at 64GB and 128GB.

As for the rear camera experience, the source says to look for a 12.2-megapixel sensor with autofocus with optical image stabilization and electronic image stabilization. Video recording figures to be identical to that of the Pixel 4 in both resolution and frames per second.

Rounding things out, the Pixel 4a is alleged to have a 3,080mAh battery with 18W fast charging over USB Type-C. Like its predecessor, the 3a, it does not support wireless charging. Oh, and it figures to include a 3.5mm headphone jack.

In terms of sensors and software, the Pixel 4a looks to be quite similar to the Pixel 3a. While it is said to have the same Google Assistant that’s found in the Pixel 4, there’s no Pixel Neural Core, Soli gestures, or face unlock.

The Google Pixel 4a, as anticipated, should work with all major US carriers. Although previous leaks indicate a white model is coming, 9to5google says to look for Just Black and Barely Blue. Pricing should start at $399, according to Evan Blass.

As to when and how the announcement is made for the Pixel 4a, it’s hard to say. Google’s annual developer conference, Google I/O, is not happening this year because of the coronavirus.

Motorola just unveiled its newest entry-level smartphones, the Moto G Fast and Moto E. Both devices offer a great pairing of hardware and software, and at wallet-friendly prices. The pair of phones are available starting from today.As we often see Motorola phones, the pair will be sold to consumers unlocked and through various carrier partnerships. Here’s a look at what each has to offer and where they’ll be made available.Moto G FastQualcomm Snapdragon 665 processor6.4″ Max Vision HD+ IPS LCD Display3GB RAM32GB ROMTriple Camera (Back): AI Powered 16-MP main camera, 8-MP 118° ultra-wide-angle lens, and 2-MP Macro vision lens.Single Camera (Front): 8-MP selfie camera4,000mAh battery with fast chargingAndroid 10The highlight of this particular phone is its camera experience as it offers great low-light, portrait, and ultra-wide shots.As well, the Moto G Fast has a punch-hole display, giving users more screen space over the cutout notch approach.The phone is able to last for two days on a single charge, according to Motorola. And thanks to fast charging capabilities, it’s a good option for keeping entertained while on the go.The Moto G Fast will retail for $200 and is up for pre-order on Motorola’s website. Additionally, it will be available in the US through leading retailers, including Best Buy, Walmart, B&H Photo, and Amazon.The Moto G Fast will arrive in Canada later this summer at TELUS, Bell, Fido, Rogers, Koodo, and Virgin.Moto EQualcomm Snapdragon 632 processor6.2″ Max Vision HD+ IPS LCD Display2GB of RAM32GB of ROMDual Camera (Back): 13-MP main camera, and a 2-MP Depth cameraSingle Camera (Front): 5-MP selfie camera3,550mAh batteryFingerprint reader (mounted at the back)Android 10As a more budget-friendly option, the Moto E offers a leaner camera setup, a slightly smaller 6.2-inch display and 3,550mAh battery.The phone will be available in the US for $150 starting on June 12th at Best Buy, B&H Photo, Walmart, Amazon.com, Motorola.com, T-Mobile, Metro by T-Mobile, Boost Mobile, U.S. Cellular, Consumer Cellular, Xfinity Mobile, Republic Wireless, and certified prepaid on Verizon.The Moto E will launch in Canada later this summer and will be available through TELUS, Bell, Rogers, Virgin, Lucky Mobile, Fido, chatr, SaskTel, Videotron, Freedom Mobile.these are some great devices for their respective prices. If you are looking for a good secondary phone that’s light on the pocket, these are definitely worthy contenders.
Read more
Reviews

Mobovi, the creators of the TicWatch, have just put up the TicPods ANC up for pre-order. At a limited-time price of $80.99, they are the brand’s first true wireless headphones with active noise cancellation (ANC).The TicPods ANC are packed with an abundance of features that make them great for calls, and music without compromising on comfort.Mobvoi’s TicPods ANC headphones – plenty of features at a good priceThese headphones offer Hi-Fi audio, powered by Bluetooth 5.0. With three different active noise cancelling profiles, you can choose the ideal profile that suits your surroundings without needless fiddling.The silicone ear tips help make the in-ear headphones comfortable to wear but also are a part of the ANC process.Quiet mode eliminates as much as 35dB of sound around you to make you enjoy your music to its fullest. Sound-Passthrough mode lets you hear what’s going on around you, allowing you to hear anyone calling your name.ANC-Off mode is suited for windy situations, where the profile will do its best to shield your ears from harsh wind sounds, while still letting you attend your calls or listen to your music.In addition, the built-in microphone combines hardware and software that lets you hear calls perfectly, and the person you’re talking to hear you without too much trouble, even in noisy areas.Coming to battery life, the headphones boast a hefty four to five hours of continuous use outside of the case. Depending on the ANC profile you’re using, with ANC-Off giving you five hours in a single use. The case itself can deliver 21 hours of music, allowing you to charge the headphones more than twice over.The 50 mA charging case is powered by USB-C but doesn’t support fast charging, it takes one and a half hour to fully charge the case.The earphones are also IPX5 sweat and water-resistant. They will endure a brisk gym workout, it’s not a good idea to go swimming with these.The touch features are standard on these headphones with tap gestures allowing you to change tracks, answer calls, and call for Google Assistant or Siri with a series of taps.You can pre-order Mobvoi’s TicPods ANC noise cancelling in-ear headphones on their website, with a 10% discount on pre-orders.
Read more