Scientists have grown snake venom glands in a dish. Here’s why 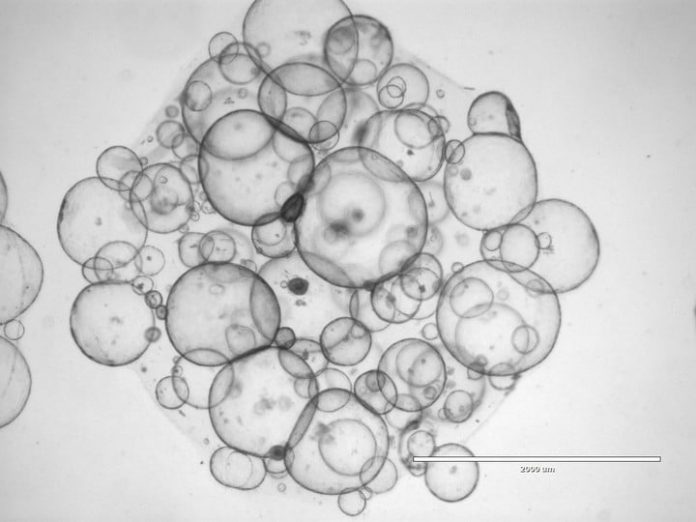 Every year, the equivalent of the total population of Tuscaloosa, Alabama — slightly more than 100,000 people — die worldwide as a result of snake bites. Provided a snake bite victim is able to get to the emergency room quick enough, antivenom can be used to counter the deadly effects of a bite. But antivenom isn’t easy to manufacture. It’s made by collecting venom from venomous snakes and injecting small quantities of it into a domestic animal such as a horse. The antibodies that form can then be collected from the horse’s blood and purified to make a finished antivenom. So far, so straightforward.

The problem is getting hold of enough venom to make it. Antivenom is currently manufactured by catching or breeding snakes, keeping them in captivity, and then regularly “milking” them to gather the venom they produce. It’s a 19th century treatment that’s made necessary by the fact that antivenom production has not developed as fast as other areas of biotechnology. With 600 species of venomous snake, it’s also a labour-intensive job which nonetheless struggles to create antidotes enough to meet the number of annual snake bites. Could genetic engineering be the answer?

A group of three researchers at Utrecht University in the Netherlands think so. And their idea for achieving it is kind of brilliant. Rather than creating lab-grown venomous snakes — an idea that, frankly, would only sound good to one of the screenwriters of Sharknado — they’ve come up with an alternative solution: Simply grow the part of the snake that you need.

“We were thinking about novel areas for [our] organoid technology,” Hans Clevers, whose lab carried out the work, told Digital Trends. “Snake venom glands were the most fascinating tissue to us. A main first hurdle was to obtain snake tissue. Luckily, a collaboration with snake experts Michael Richardson and Freek Vonk, as well as the Dutch reptile zoo ‘Serpo’ and local breeders solved this issue. After some months of optimizing the protocols, we were successful in growing miniature venom glands. Since then, we have been optimizing the protocol to produce venom and have characterized the cells which make the toxins.”

An organoid, for those unfamiliar with it, is a miniaturized and simplified version of an organ, complete with realistic micro-anatomy. They’re made using stem cells, which let them self-organize in a three-dimensional culture to transform into the organ they’re supposed to replicate. The emerging organ is a clump of cells around 1 millimeter across. Organoids have been created by various labs around the world, approximating organs that range from kidneys to miniature, non-conscious brains. In this case, the venomous organoids resemble a tiny pea-sized balloon filled with liquid. One that would be particularly inhumane to fire across the classroom like a spitball wad.

“Our group has been successful in the past 10 years in growing organoids from a variety of human tissues,” Joep Beumer, another researcher on the project, explained. “To generate these, we harvest stem cells from adult tissue and embed them into a gel in a petri dish. With the right growth factor mix, the stem cells will divide and give rise to mini-organs containing the different cell types of one tissue.”

The tissue samples for the venom organoids were taken from gland tissue from snake embryos inside eggs or, in one instance, from a pet snake which had been put down as a result of illness. To grow the gland organoids, the team had to make a few changes to their normal approach. Snakes are cold-blooded. Mammalian organoid protocols are normally grown at a temperature of 37 degrees Celsius (99 degrees Fahrenheit). Unfortunately, this didn’t work for the snake organoids. At this temperature, the organoids suffered heat shock response and died. As a result, they had to lower the temperature to 32 degrees Celsius. It’s a demonstration of how, even at this scale, the concepts and signaling pathways of adult stem cells are conserved in organoids.

“Every tissue has its own characteristics which we aim to model with organoids,” said Yorick Post, the third researcher on the project. “For the snake venom gland this was a very obvious case: would they make venom? We knew that the potential of this technology would hinge greatly on the ability to produce the different toxins which constitute snake venom. So we were very excited when we found toxins — first on RNA, and later on [the] protein level.”

This work is extremely promising. The researchers think it could potentially go beyond just cutting out the snake-farming part of the antivenom process as well. They believe it might be possible to grow the immune cells that are usually produced by animals inside a dish. Alongside antivenom, the approach could also be useful for helping develop drug compounds based on components found in snake venom. For instance, there’s a certain type of blood pressure medicine that’s created from a toxin produced by the venomous Brazilian pit viper.

And as to, no pun intended, the scaling up part of the project? “This is one of the main advantages of organoid technology,” Clevers said. “Once established, we can expand the tissue [in a] pretty much unlimited [manner]. This can help to preserve viable cells of many snake species, as they can be frozen and thawed easily. [It can also help us] generate large numbers of venom producing cells. Further improvements in venom production and harvesting will be needed to make this approach cost efficient. We are actively working towards these aims.”

A paper describing the work was recently published in the journal Cell.