Facebook Messenger to Launch on Mac Later This Year 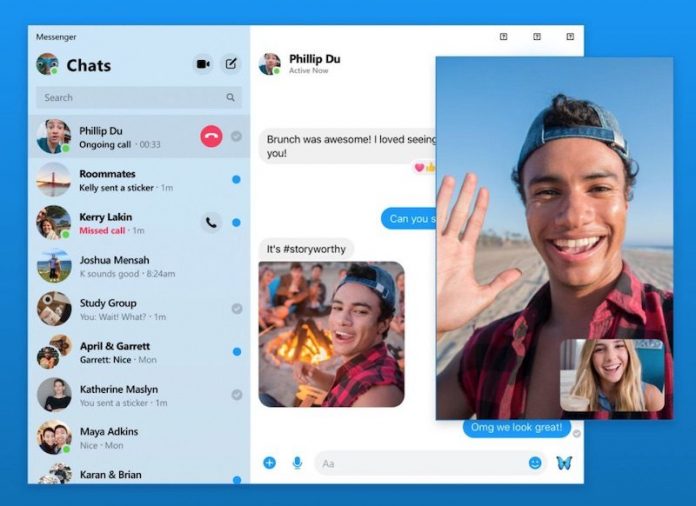 Facebook will launch a new desktop app for Messenger on both macOS and Windows later this year, according to a since-deleted blog post spotted by French blog iGeneration ahead of Facebook’s annual F8 developer conference.

A screenshot of the Windows version of the app reveals that it will look rather similar to both Skype and Apple’s own Messages app on Mac. Facebook said Messenger Desktop will have many of the same features as the mobile version of the app, including support for group video calls and collaboration.

Facebook is expected to unveil the desktop app alongside several other new Messenger features at its F8 keynote today at 10:00 a.m. Pacific Time.

Facebook
Twitter
Pinterest
WhatsApp
Previous articleApple’s iPhone Sales in China Down an Estimated 30% in Q1 2019, Huawei Continues to Dominate
Next articleDeals Spotlight: Best Buy Offers MacBook Pro Discounts for Students (Up to $400 Off)