Home News This A.I. goes against the grain, cleans noisy images with a single...
News

This A.I. goes against the grain, cleans noisy images with a single shot 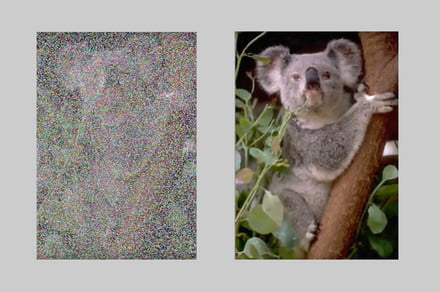 Low-light images are often plagued by grain, small dots created by increasing the camera’s sensitivity or ISO that obscure the image’s finer details. But researchers from Nvidia, Aalto University, and the Massachusetts Institute of Technology have trained a computer to eliminate the grain using nothing but the original photo and software.

While earlier artificial intelligence programs can clean up a noisy image, these programs required two photos, one full of grain and one without. The new Nvidia research, published on Monday, July 9, only needs one grainy photo to create a cleaner image using A.I.

The researchers trained the program by feeding the computer 50,000 pairs of images. The pairs were almost identical images, except each image in the pair had a different randomized pattern of grain added with software. Earlier research used image pairs, but one image was a clean, low noise file. The research, the group wrote, proves that it’s possible to reduce grain in an image without using a low-noise image as a reference point.

To test the program, the group used both traditional images and even medical MRI scans, suggesting the technology could be used for more than just cleaning up low-light photos. The team used images with added noise in order to have a clean reference image to see how well the A.I. performed. The resulting images had less noise than the original and took only milliseconds to correct. In the samples the researchers shared, the A.I.-treated program was a bit softer than the original reference image, but the adjusted images no longer had distracting levels of grain.

The researchers point out that the program, of course, can’t find details that aren’t there or were too obscured by the noise, but the program allows images to be adjusted without a clean reference photo. “There are several real-world situations where obtaining clean training data is difficult: Low-light photography (e.g., astronomical imaging), physically based rendering, and magnetic resonance imaging,” the researchers wrote. “Our proof-of-concept demonstrations point the way to significant potential benefits in these applications by removing the need for potentially strenuous collection of clean data. Of course, there is no free lunch — we cannot learn to pick up features that are not there in the input data — but this applies equally to training with clean targets.”

The research will be presented at the International Conference on Machine Learning in Sweden later this week — but like most new research, there is no word yet on if and when the technology may be widely accessible.