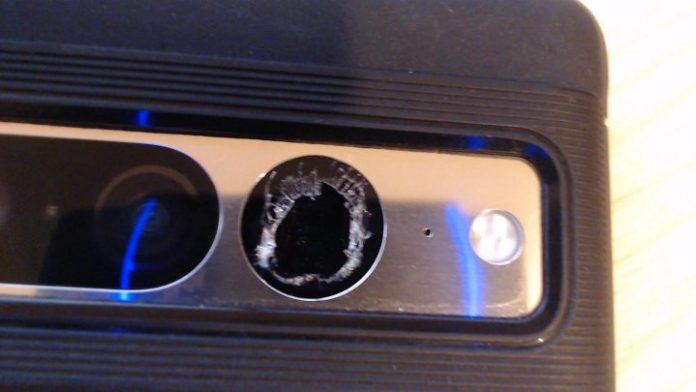 Google’s Pixel 7 and Pixel 7 Pro have been the subject of many complaints regarding a spontaneously cracking camera glass. Reports circulating on Reddit and Google’s own Pixel support forums over the winter show frustrated customers claiming that their Pixel’s camera lens shatters — seemingly for no discernable reason.

The reports go back to November, shortly after the Pixel 7 and 7 Pro became available, but have been increasing in the interim. Affected users speak of skepticism by customer agents because “it just broke on its own” isn’t really a convincing argument most times. The users also claim to be using protective cases and don’t recall dropping their phones. However, repeated occurrences are cause for concern, and Samsung was subject to a class-action lawsuit over something similar for its Galaxy S20 in 2021.

“I’m flying to the parents’ house today for Thanksgiving. I pulled my phone out of my pocket to scan my boarding pass, and what do I see? Cracked camera glass over the ultrawide side of the lens (so much so that [the] glass is actually flaking off). A nice TSA lady gave me a piece of tape to prevent further flaking,” one fuming user reported, “I’m running a case, haven’t dropped the phone once, and it was literally fine 30 minutes ago. I’m quite pissed considering I don’t know what I did to crack it.”

A hypothesis has emerged, linking the glass breakage to temperature changes that occur in the winter. As users are more likely to move from a warm indoor environment to a cold outdoor environment, the metal contracts and expands in response to ambient temperature. This, the hypothesis goes, would result in the glass shattering for no apparent reason.

The Pixel 6 and 6 Pro had problems with temperature as well, albeit on the other scale and unrelated to the fully glass camera bar. Some users reported, and I experienced, poor performance during the summer. These issues ranged from intense overheating to severe battery drainage to total system shutdown. Though beautifully designed, Google’s Pixels handle extreme temperatures with far less grace than most other equivalently priced smartphones.

Google has always had issues with quality control on its Pixel line, and despite the great leaps it’s made in design and camera technology, those problems have persisted with the Pixel 7 Pro. We’ve reached out to Google for comment on this and will update this story if a response is forthcoming.