HomeNewsReasons Why You Should Choose Digital Recorder Over Your Smartphone
News 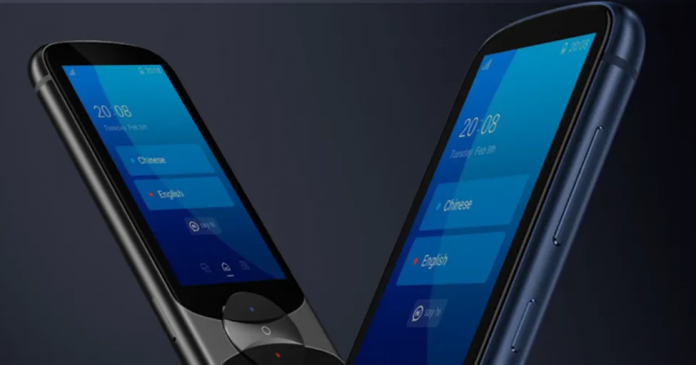 Since their introduction, smartphones have redefined versatility. These bad boys are not just great for making and receiving calls but also can be used to take pictures and record audio. But, it is in audio recordings where things are not as rosy as they should be, especially if you are looking to produce professional-quality audio recordings. It is because of this that Sheridan Tongue, a British composer, recommends that you stop using and converting a voice memo to text on your smartphone and, instead, turn to a digital recorder.

Sheridan, who wrote the soundtrack for the Discovery Channel series titled Into the Universe with Stephen Hawking, suggests that you should always opt for an audio-specific digital recorder because it works well in what it is designed to do. He goes further to point out that people would put a lot of effort into making sure the edit and pictures are looking fantastic. But, when it comes to sound, they treat it as an afterthought. The result is something of a let-down, says Sheridan.

Sheridan also recalls an instance where a commercial director once told him that picture is just 50% of the story. The other 50% goes to sound. This means it is an extremely bad starting point if your audio is not up to the mark. While Sheridan normally records his music in a professional studio, he uses a digital recorder for quite a number of tasks like creating video promos. He also uses it as a secondary recording device while in the studio.

Well, it is because of the following reasons Sheridan prefers to use a digital recorder over a smartphone:

1. The Quality of the Microphone

Smartphones are equipped with microphones, which means you can rely on them to convert voice memo to text after recording audio. But, there is a catch; their microphones are not as efficient as those of a digital audio recorder. That is because the microphones of smartphones are designed to exclude further away sounds, such as traffic and background noise, and pick close ones like voice.

This means when you use your smartphone to record something that is further away, the results will not be as desirable as when you use a microphone designed to pick up everything in the surrounding.

A digital recorder, for instance, delivers exceptional results whether it is placed on the table to record what is being said during an interview or placed on the floor to record actions from a jam session. Plus, the fact that a digital recorder produces clearer audio means it is what you need if you are recording a conversation with the intention of sending it to a transcription service.

2. More Versatile Compared to Other Devices

Better audio is needed virtually everywhere, including making a video, recording new composition, recording a phone conversation, and taping an interview. Unfortunately, your smartphone will not give you this kind of audio. And that is where a digital recorder comes into play.

Sheridan says that when he is speaking to the camera, instead of using the audio on the camera, he records the audio separately on his audio recorder. According to him, this helps improve clarity and consistency. He notes that a digital SLR will get you high-quality pictures. However, it does not make sound quality a priority. The same goes for a smartphone.

What’s more, you are likely to have a hard time recording phone calls if you are relying on smartphone recording technology. The same, happily, cannot be said about a digital recorder. The device has accessories that allow you to effortlessly record an end-to-end phone conversation.

3. More Reliable Than Other Devices

Sheridan asserts that, in general, the battery life of digital recorders is longer than that of smartphones. For instance, LS-P4, which is a model of a digital recorder, has a battery life of around 39 hours. Well, this is way better than the battery life of a phone. Another good thing about LS-P4 is that it supports micro-SD cards, which further makes it convenient to use. Besides, an audio recorder boasts continuity in the sense that if you have a phone call in the middle of a recording session, it will automatically stop recording. Plus, you can put it on airplane mode, though this is always not possible. Overall, a digital audio recorder should be your go-to device if you want to create high-quality audio every time you carry out an audio recording session.