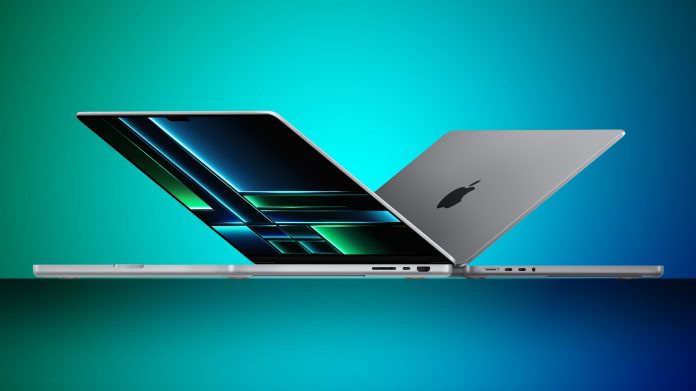 The new 14-inch and 16-inch MacBook Pro models will start arriving to customers and launch in stores this Tuesday. Ahead of time, the first reviews of the laptops have been shared by select media publications and YouTube channels.

Powered by Apple’s latest M2 Pro and M2 Max chips, the new MacBook Pros offer up to 20% faster performance and up to 30% faster graphics. The laptops can be configured with up to 96GB of RAM, compared to a max of 64GB previously. Other improvements include Wi-Fi 6E, an upgraded HDMI 2.1 port with support for up to an 8K external display, and an extra hour of battery life over the previous generation.

The new MacBook Pros have the same design as the previous models released in October 2021. The laptops can be pre-ordered on Apple’s online store, with pricing starting at $1,999 for the 14-inch model and at $2,499 for the 16-inch model. 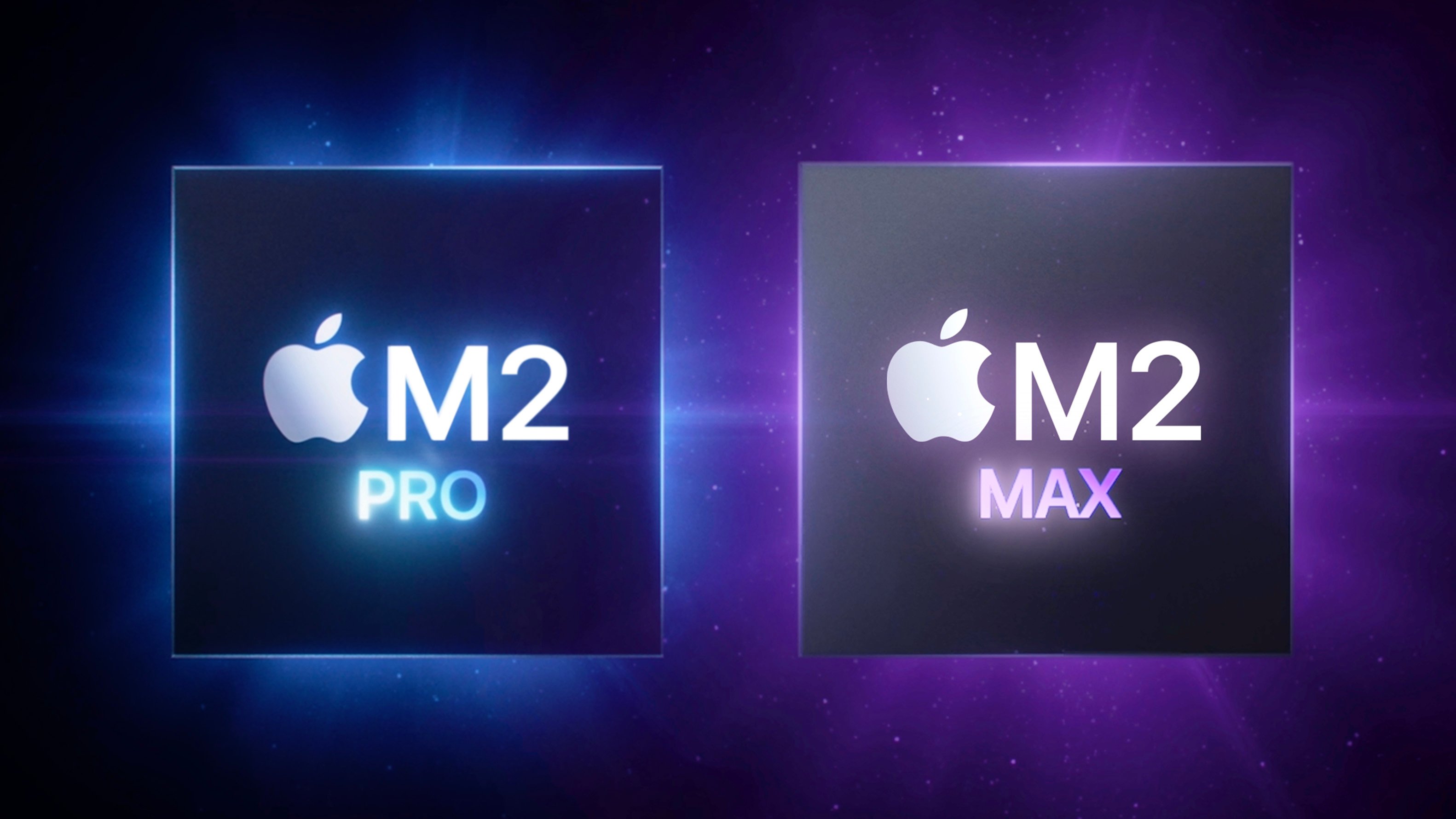 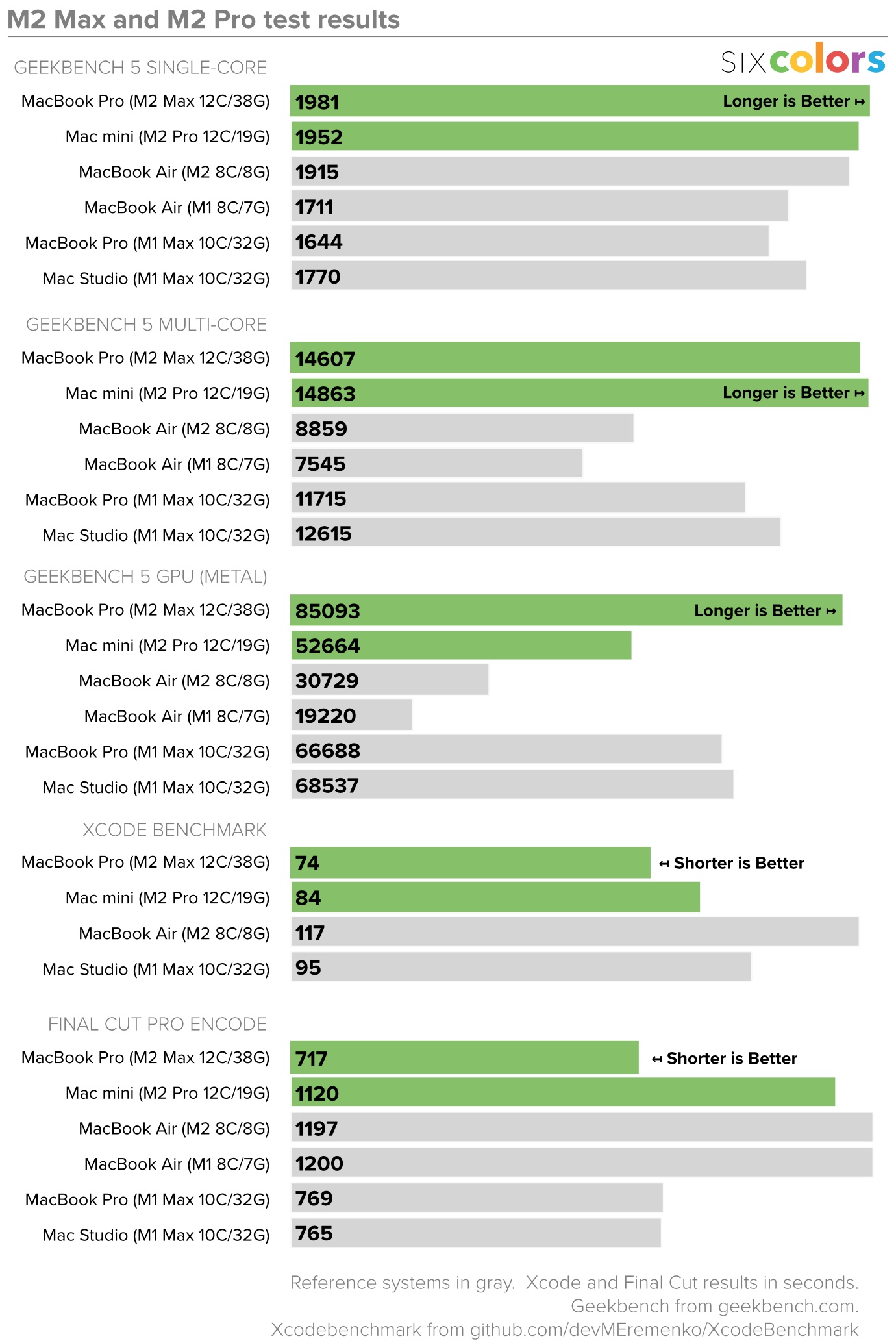 The Verge’s Monica Chin said the 16-inch MacBook Pro continues to provide the “best combination of performance and efficiency” in a high-end laptop:

The M1 Max, despite having less raw power than its successor, was the obvious choice for shoppers trying to maximize their CPU power in 2021. The M2 Max is no longer that — the core-hungry shopper who never unplugs their laptop will have better options from Intel and AMD in 2023. What we don’t expect those options to have, in any capacity, is battery life. That’s where the M1 Max is the undeniable champion. And that’s the calculus that does remain unchanged from 2021: the MacBook Pro 16 remains the best combination of performance and efficiency that you can get. That’s why the M2 Max, despite being more powerful than the M1 Max, may target less of a “power user” crowd this year.

I generally get more reliable performance from 6E than 6, at least in my environment. For instance, a casual Speedtest run delivered a consistent 483Mbps download on 6E but an average 392Mbps on 6 (for 400Mbps service). The latter started higher but dropped partway through as well.

The previous MacBook Pro lasted 12 hours and 36 minutes during our testing, but the new model made it to 15 hours and 10 minutes. That’s a healthy step up, especially if you find yourself stuck on a long flight without any working outlets. Apple says that the new MacBook Pros can reach up to 22 hours of battery life, but take note that figure only refers to the 16-inch model.

Either route you’ll see fast performance and a high level of responsiveness with any app. When it comes time to export an HD, 4K, or even 8K video you’ll find that the application doesn’t require a wait for rendering something for playback and that export times will be cut down dramatically. Same goes for live-previewing an app in XCode, 3D animations, batch photo edits, or illustration exports as well.

Ars Technica’s Samuel Axon said the new MacBook Pro models are overkill for most customers and recommended the MacBook Air:

If this review seems short, that’s because there’s not too much to talk about; this is essentially the 2021 MacBook Pro but 20–30 percent faster at some tasks, and with a few connectivity options upgraded to better match what is expected from a pricey laptop like this.

And that’s OK because the 2021 MacBook Pro was excellent. The 2023 version is the same but slightly better. The M2 Pro and M2 Max’s performance and efficiency make them attractive devices for many people.

That said, you shouldn’t spend this amount of money if you don’t need this much performance, and let’s be real: most people don’t. The MacBook Air or one of a few particularly strong Windows ultrabooks like the Dell XPS 13 will meet many folks’ needs just as well, and for a lot less money—plus, they provide more portability.