HomeNewsI don’t want the Galaxy S24 Plus to die, but maybe it...
News

I don’t want the Galaxy S24 Plus to die, but maybe it needs to 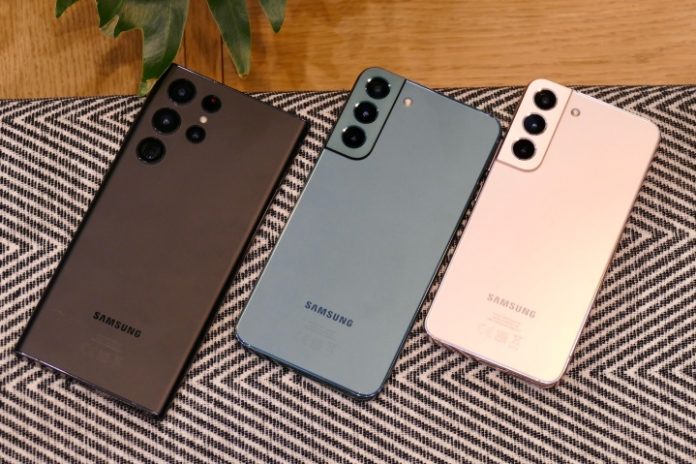 All eyes are on Samsung right now, as the company is less than a month away from its first in-person Unpacked event in a few years. The star of the show will be the Galaxy S23 trio, which will feature innovations such as a 200-megapixel camera. But things will be different come 2024.

According to a report from Korea’s The Elec, Samsung has only greenlighted two flagship phones for 2024. Code-named DM1 and DM3, these are likely the vanilla Galaxy S24 and Galaxy S24 Ultra, with no intermediate DM2 model filling the shoes of a Plus model.

Samsung Galaxy S22 Plus in green, flanked by the vanilla S22 and its Ultra sibling. Andy Boxall/Digital Trends

The plans can change down the road, but for now, it appears that Samsung isn’t too keen on making a Galaxy S24 Plus. It’s both good and bad news, but ultimately, market dynamics decide the fate of a product. The best example of this is none other than the short-lived “mini” iPhone lineup.

According to the report, the S22 Plus only accounted for around 17% of the entire Galaxy S22 series’ sales. The priciest Galaxy S22 Ultra model commanded a lion’s share of the sales figures, while the entry-level Galaxy S22 grabbed nearly 40% share.

But it’s not just Samsung that felt a Plus-sized sting. DigiTimes reports that sales of the iPhone 14 Plus have also been lower than expected. Most of the buyers are gravitating toward the Pro models that offer the best of Apple’s smartphone tech and are a few hundred dollars pricier.

After all, if someone is willing to spend $900 on a midtier model, why not go the extra mile and spend another couple hundred to get the latest and greatest smartphone on the market? I, for one, did the same with the iPhone 14 Pro. Also, by the time you start saving for the current-gen midtier flagship, last year’s Ultra model has already received some healthy price cuts.

Going into the Galaxy S23 frenzy, I am legitimately more excited about the Galaxy S23 Ultra and the cheapest Galaxy S23 model, instead of the midtier version. Does that mean the Plus model is not worth your dollars? Quite the opposite, actually.

The Plus makes sense

The Galaxy S22 starts at $700, the Plus model climbs to $850, while the Ultra variant is $1,000. Paying a grand for a phone isn’t exactly an easy decision, but if you go with the entry-level $700, you end up living with a couple of practical compromises.

First, you end up with a battery that really won’t last you a full day, especially if you plan on pushing the powerful chipset inside or aim to take a lot of photos. After all, what good are all those megapixels if you can’t put them to the test?

You also end up with a smaller screen. Yes, it’s handy and pocketable, but it’s not really the best way to stream content or play games with crowded on-screen buttons. Plus, a smaller chassis means worse thermal management.

I routinely came across the overheating issue on the Galaxy S22, both during photo capture and gaming. For a $150 jump, the Galaxy S22 Plus offers a larger screen, a bigger battery with faster charging, and better heat management. To put it simply, it’s the more practical choice.

Recommending a flagship phone, especially when it has two or three siblings with varying benefits and different pricing, isn’t really a cakewalk. But if one were to look beyond the specs sheet and view things from a buyer’s perspective, the puzzle becomes easier.

Samsung Galaxy S22 in white, and its Plus version in green. Andy Boxall/Digital Trends

A person approaches a flagship phone series for one of two reasons. They either want the best that’s on the table, irrespective of the price, or they seek to get a taste of perks like a top-tier chip, great build, and dependable cameras without nuking their wallet

It doesn’t make a lot of sense from a value perspective, because the Galaxy S22 Plus is a great phone. It just misses out on the “wow” factor required to move a few million units. Ultimately, that’s what matters, and that’s also what dictates the fate of products.

The Galaxy S23 series isn’t shaping up to be a jaw-dropping update; at least, that’s what the leaks suggest. But Samsung appears to be ambitious as ever.

The company recently tapped Hubert H. Lee to lead its Mobile eXperience (MX) Design Team, which is responsible for products like the Galaxy S series and foldable phones. Lee is an auto industry veteran who previously served as the chief design officer of Mercedes-Benz and has over two decades’ worth of experience under his belt.

Will Lee revolutionize the Galaxy smartphone design? It’s too early to predict just yet. But his appointment — and a barely there design update for the Galaxy S23 phones — is a sign that Samsung is prepping big changes for the Galaxy S24 series in 2024.

We’re also hearing rumors that Samsung is working on a chip exclusive to Galaxy smartphones. The chip won’t come from the Exynos division. It will be designed by the MX team, the same division that Lee is going to lead. As per The Elec, that exclusive silicon arrives in 2025

TM Roh will reveal the latest information on the &quot;Galaxy dedicated chip&quot; at the Galaxy S23 launch event. pic.twitter.com/yw7e8KcxxL

But here’s the tricky part. Large-magnitude changes require handsome capital, while big money is made from top-end phones. Samsung knows that all too well. Maybe nixing the Galaxy S24 Plus will allow Samsung to better deploy its resources by focusing on only two models, an affordable baseline flagship and a fully decked-out Ultra trim.

If that’s the approach Samsung takes, and it actually helps the company make better phones, I’m all up for canceling the Plus model. But if the entry-level Galaxy flagship still suffers from battery, screen, and thermal woes in 2024, it would go down as an ill-fated move.