HomeNewsDon’t buy the wrong iPad during Cyber Monday — get this one...
News 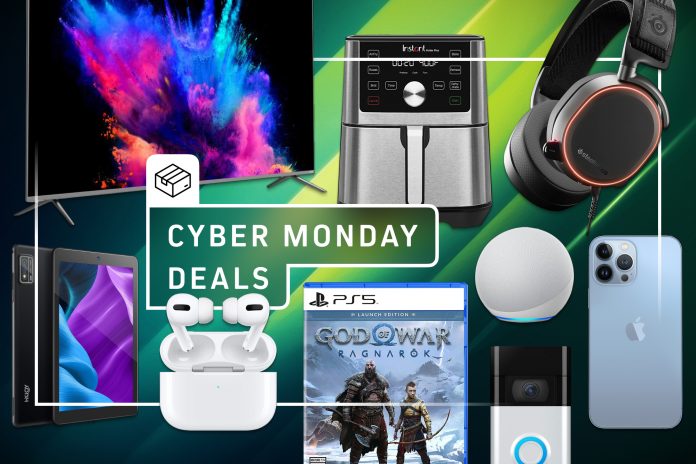 Every year, just like iPhone upgrades, Apple comes out with a new version of its various iPad models, including the entry-level iPad with a 10.9-inch screen. This year, we have the 10th-generation iPad, and while it’s powerful and comes with some great features, it also got a price bump to $449, making it a hard sell for those who want a great iPad on a tighter budget. However, you could find that new iPad on sale for Cyber Monday at B&H for just $399 if you insist on having the latest model.

However, those who still want an iPad with a Home button, or those who just want a great tablet for under $300, should consider picking up the 9th-generation iPad, which is still on sale. And this Cyber Monday, you can find it for a fantastic price at Amazon. We recommended the 9th-generation iPad as the best budget iPad, and for this insanely low price, that holds true more than ever.

The iPad (2021) still offers great performance for the price

Despite the 9th-generation iPad being over a year old, there’s still a lot to love about it, especially for under $300 right now.

With the iPad (2021), you still have a gorgeous 10.2-inch Retina display that is perfect for watching your favorite movies and television shows, as well as unwinding with some fun games from the App Store. And even though the rear camera is only 8MP, it’s still great when you need to take photos in a pinch, and the display acts as a great viewfinder.

The iPad (2021) is also powered by Apple’s A13 Bionic, which is still plenty fast for most people. And even with iPadOS 16, the A13 can handle it with ease. Though Apple limited Stage Manager to M1-iPad models only in the beginning, even the entry-level iPad can now use the Stage Manager feature, which is a new way to multitask on Apple’s popular tablet.

It was mentioned earlier that the rear camera is 8MP, so while it’s not 12MP like the new iPad, it’s still good when you need to snap some photos or scan documents with your iPad. The front-facing camera is slightly better than the rear, as it comes equipped with a 12MP camera — a huge upgrade over the previous 1.2MP. It also has Center Stage, the feature that always keeps you in the center frame during video calls. And with up to 256GB of storage, there should be plenty for your needs.

While the 9th-generation iPad is last year’s model, there’s still plenty to love about it. A13 is nothing to sneeze at, you can still run iPadOS 16, there are decent cameras with Center Stage on the front-facing 12MP camera, and it’s all wrapped up in a gorgeous 10.2-inch display. There’s support for the first-generation Apple Pencil and Smart Keyboard accessories and up to 256GB of storage. For most people, having all of this for under $300 is a terrific value.

This is one of the best iPad deals you can buy this Cyber Monday, so don’t miss out.