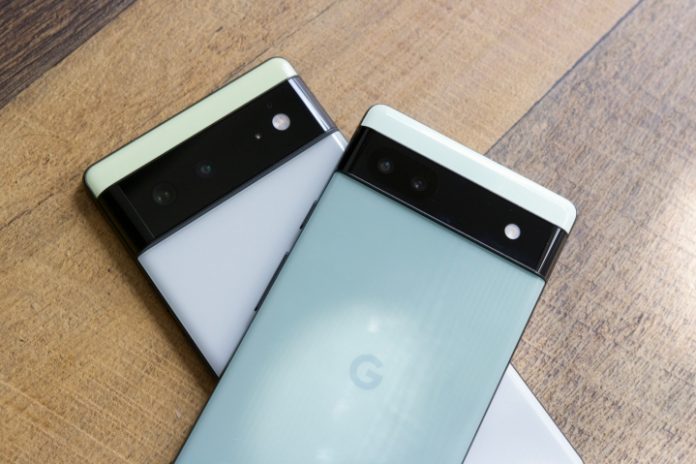 As Google gears up to launch the Pixel 7 and Pixel 7 Pro, it’s worth noting that the company’s Pixel line has never been more in the spotlight. Despite never selling as much as Samsung, Xiaomi, or even OnePlus, there’s always been a — shall we say — outsized amount of coverage dedicated to these phones relative to how much they’ve sold.

Intended to be the iPhones of Android, Google has been working to get the Pixel attention that befits that status. The Pixel 6 finally got Google the attention it wanted, and now the stakes have never been higher.

The Pixel 6 is the Pixel phone that Google said has sold the most throughout the years compared to the Pixel 3, 4, and 5. This means that Google’s recipe for success, a well-designed phone with a striking look and high-end specs, is managing to enrapture customers at a faster pace than previous Pixels. Some, like the Pixel 5, were less ambitious. Others, like the Pixel 4, overreached into obscurity. The Pixel 6 nails the perfect balance; keeping the cameras that retain their impressiveness and a tasteful selection of helpful software features, while striking out with the Tensor chip and a distinct design that begs to be dressed up either as an errant minion or a ninja turtle.

As someone whose first tussle with a Pixel was the Pixel 2 XL (shortly swapping to the 3a XL), there’s value in that first-hand Pixel experience. When it’s good, it is Very Good to the point where few phones compete. When it’s bad, it’s quite bad. I’ve used quite a few Pixels, and none of them have annoyed me as much as the Pixel 6, 6 Pro, and 6A (for heating and battery issues that could be attributed to the Tensor chip). There have been more issues with the Pixel 6 (and Pixels in general), than these. It’s also worth noting that while these issues are the first that have annoyed me on Pixels, Google has always had quality control and customer care problems, albeit on an unknown scale. It’s one thing when only a few people bought them, it’s another when twice or three times the number of people are picking up these phones.

However, it’s worth noting that people may simply not care. A battery pack and Wi-Fi calling can fix poor battery life and signal issues, and for some the fun and whimsy of Google’s Android experience may prove more appealing than the iPhone 14‘s buttoned-down dinner experience.

There’s rarely a worse thing to have than the attention one gets from turning potential into actuality. Google’s convinced the world that its Pixels are something special if only they’d just sit down and listen to what they had to offer. As with Chromebooks during the pandemic, people now just might. Now, if Pixel sales get boosted by word of mouth, Google may call the 6 a success. If not, the next Pixels will be starting at negative popularity, and Google knows (or should know) that a third rebrand or relaunch after its dabbling with Nexus (and a brief flirtation with Motorola) would be quite fatal for its phone ambitions.

When a product is good, there’s quiet affirmation. Users are happy, yes, and happy users just get on with their day. More importantly, they aren’t sad. They don’t have popular YouTubers calling them out for being particularly buggy, nor do they reassure each other by telling you about how — in a few weeks or months or years — updates and A.I. smarts will kick in to make your jam better tomorrow and next week. Probably by next year, but never today.

No, if a customer is satisfied with your phone, they just use it quietly at home. And the manufacturer gets the best form of affirmation, a quiet nod from the everyday person about how this product might not the best on the market, but it’s one they’ll recommend wholeheartedly. When it’s the latter, the average person may not rush to the internet and complain — that’s the preserve of nerds. Instead, they may simply do the same offline, invisibly, slowly turning the brand toxic.

With the Google Pixel 7, Google appears to be putting down what made the Pixel 6 good and refining it. Thus, all the specs are the same, broadly speaking, but the rough edges are being sanded down. At a time when the new iPhone might be proving controversial, Google’s got a good product on its hands — one that combines the best of Android with an easy-to-grasp interface and bold ideas. It just needs to implement these ideas well enough that the average person, without knowing or caring about the inner workings, nods to their friends and says: “I like this. Another.”