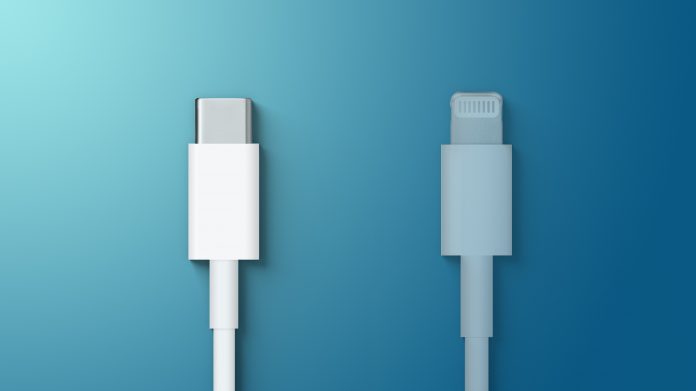 The European Parliament today voted overwhelmingly in favor of enforcing USB-C as a common charging port across a wide range of consumer electronic devices, including the iPhone and AirPods, by the end of 2024.

The proposal, known as a directive, forces all consumer electronics manufacturers who sell their products in Europe to ensure that a wide range of devices feature a USB-C port. This “common port” will be a world-first statue and impact Apple in particular since it widely uses the Lightning connector instead of USB-C on many of its devices. MEPs claim that the move will reduce electronic waste, address product sustainability, and make use of different devices more convenient.

The directive received 602 votes in favor, 13 votes against, and eight abstentions. A press release issued by the European Parliament earlier today states:

By the end of 2024, all mobile phones, tablets and cameras sold in the EU will have to be equipped with a USB Type-C charging port. From spring 2026, the obligation will extend to laptops. The new law, adopted by plenary on Tuesday with 602 votes in favour, 13 against and 8 abstentions, is part of a broader EU effort to reduce e-waste and to empower consumers to make more sustainable choices.

Under the new rules, consumers will no longer need a different charger every time they purchase a new device, as they will be able to use one single charger for a whole range of small and medium-sized portable electronic devices.

Regardless of their manufacturer, all new mobile phones, tablets, digital cameras, headphones and headsets, handheld videogame consoles and portable speakers, e-readers, keyboards, mice, portable navigation systems, earbuds and laptops that are rechargeable via a wired cable, operating with a power delivery of up to 100 Watts, will have to be equipped with a USB Type-C port.

All devices that support fast charging will now have the same charging speed, allowing users to charge their devices at the same speed with any compatible charger.

Exemptions will apply for devices that are too small to offer a USB-C port, such as smart watches, health trackers, and some sports equipment, but the legislation is expected to be expanded to other devices over time. Companies will also have to ensure that dedicated labels clearly inform consumers about the charging characteristics of devices they buy.

Now, the European Council must approve the directive so that it can be published in the EU Official Journal. It will come into force 20 days after publication in the EU Official Journal and its requirements will start to apply to new devices after 24 months. Products that went on sale before the date of application will be exempt and can continue to be sold after that point.

In 2018, the European Commission attempted to reach a final resolution on this issue but it failed to come into law. At the time, Apple warned that forcing a common charging port on the industry would stifle innovation and create electronic waste as consumers would be forced to switch to new cables.

Both Apple analyst Ming-Chi Kuo and Bloomberg’s Mark Gurman have said that Apple is testing a version of the ‌iPhone‌ that has a USB-C port instead of a Lightning port. Kuo believes that Apple could switch the ‌iPhone‌ to USB-C starting with 2023’s iPhone 15, before transitioning AirPods and other accessories at a later date. This timing would allow Apple to switch many of its affected devices to USB-C ahead of the EU directive coming into force.Tags: USB-C, European Union, Lightning
This article, “EU Passes Law to Switch iPhone to USB-C by End of 2024” first appeared on MacRumors.com

Facebook
Twitter
Pinterest
WhatsApp
Previous articleiPhone Exports From India Set to Double to $2.5 Billion YoY by March 2023
Next articleIs the Apple Watch UItra too big? We took a bunch of photos to show you