HomeNewsOnePlus 10T pre-orders go live in the U.S., and with a big...
News 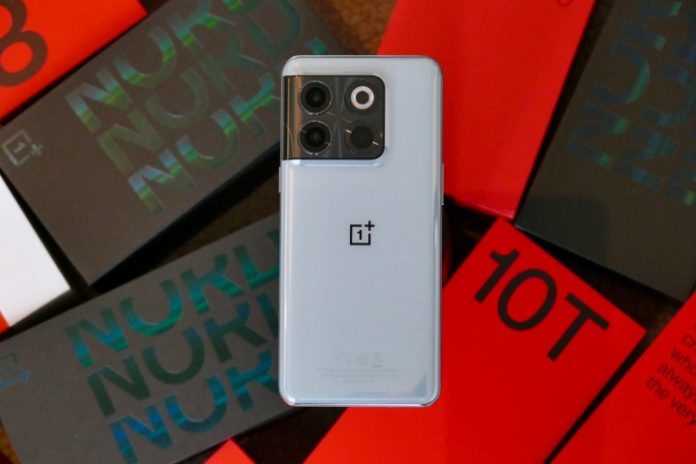 Hot off the heels of its Asian and European launches, the OnePlus 10T is finally coming to North America, and with one major upgrade: 5G support with AT&T. For the first time on a OnePlus device, the OnePlus 10T will be fully compatible with AT&T 5G and 4G LTE networks, compared to previous handsets that only had LTE support on AT&T.

While the specs of OnePlus devices have always been impressive, especially so with the 10T, their recent reliance on LTE and other slower connections for AT&T customers has made them somewhat difficult to recommend. Now that users are able to make the most of 5G internet speeds, however, the 10T is more enticing than before.

With this update, OnePlus is finally offering both 4G and 5G connections for AT&T, T-Mobile, and Verizon on the 10T for North American users. The company also confirms that Canadian users can connect to 4G and 5G networks on Bell and Telus, but are still limited to 4G on Freedom and Rogers. Despite the lack of coverage with the latter two service providers, this is a major step forward for OnePlus as it’s now a more viable smartphone option for North Americans. 5G still isn’t a priority for everyone, but as carriers keep expanding their 5G offerings, having that support across the board is great to see.

As mentioned above, the OnePlus 10T has already launched in Asia and Europe, and its North American launch is just around the corner. Pre-orders for the smartphone are live now and will remain open until September 28. Units will then become available the next day, September 29.

If you’re looking to pre-order the device, make sure to put your order in within the first week of it being live, as you’ll be able to get your hands on the 16GB RAM/256GB internal storage version for just $649 — the same price as the 8GB RAM/128GB storage edition. After September 8, however, the better spec-ed variant will be bumped up in price to its usual $749.