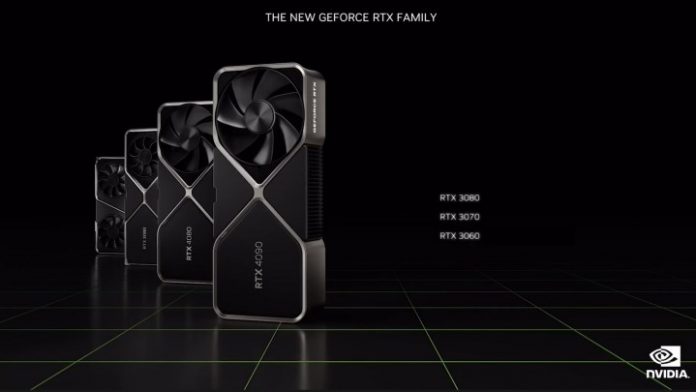 Nvidia made the RTX 4080 official at its GeForce Beyond event, and now that we have some details, it’s time to see how the next-generation Ada Lovelace card compares to the old guard: the RTX 3080. Although we don’t have a lot of concrete details yet, we still have enough to compare the specs, pricing, and expected performance of the RTX 3080 and RTX 4080.

The RTX 3080 launched on September 17, 2020, for a list price of $700. Very few cards actually sold for that price, though, and the card remained expensive for nearly two years. Now, you can find models available for around $750, but we expect those prices to drop as RTX 40-series cards become more common.

The RTX 4080 launched at Nvidia’s special GeForce Beyond broadcast on September 20, 2022. Nvidia hasn’t confirmed a release date, but it says the cards will arrive sometime in November. There are actually two models available, one with 16GB of memory and another with 12GB. The 16GB model will run $1,200, while the 12GB is slightly cheaper at $900. Keep in mind that these are the prices set by Nvidia, and board partner cards will sell for more.

There’s a second version of the RTX 3080 as well, one with 12GB of memory and a slight boost to cores. The 12GB RTX 3080 is slightly more expensive than the base model at around $800 to $900, but Nvidia never set an official list price on this card. You’ll often find it as just an RTX 3080 and sometimes with a slightly higher markup.

For current prices, it’s better to go with the RTX 3080, but we have to see where prices land once the RTX 4080 has finally released.

For raw specs, the most interesting note about the two RTX 4080 models is that they come with a massive boost to clock speed. Core counts are up a hair, at least on the 16GB model, but the 800MHz boost is the big kicker, especially considering the RTX 4080 comes with chipmaker TSMC’s 5nm node.

Samsung’s 8nm manufacturing process did wonders for the Ampere architecture in the previous generation, but manufacturing technology has moved on. TSMC’s 5nm process can pack a lot more power in the same area, so although the specs don’t look like a massive uplift on paper, they should be taken in the context of the new node.

One spec we can compare is memory bandwidth. Nvidia is sticking with the same GDDR6X, but it’s cutting the bus width while upping the capacity. It’s an interesting move that Nvidia experimented with in the previous generation with the RTX 3060. It’s unlikely that bandwidth will be a big problem on these flagship cards, but it’s definitely something to keep in mind with lower-end RTX 40-series offerings.

Nvidia didn’t increase power demands, despite what rumors claimed. In fact, the 12GB RTX 4080 drops power demands to 285W, which is a decent cut. Power demands have been trending upwards, so it’s nice to see them go in the opposite direction this generation.

It has two things in particular: DLSS 3 and Shader Execution Reordering (SER). Unlike DLSS 2, the new version actually predicts new frames. Some of the frames in your game will be completely generated without your GPU rendering a single pixel. SER boosts ray tracing performance by prioritizing ray tracing operations based on the computational power available at the time.

The problem with Nvidia’s performance claim is that it’s not clear if SER and DLSS are factored into them. We expect a solid uplift in performance over the RTX 3080, but without concrete benchmarks to compare, it’s hard to say much at this point.

Go for the deal or performance?

Although the RTX 4080 may provide a big increase in performance over the RTX 3080, it comes at a big cost. At the least, you’re looking at a $200 upcharge and upwards of a $500 increase in price. And that’s with current RTX 3080 prices, which will almost certainly drop in price once the RTX 4080 is here.

It all comes down to performance, and for now, we have to wait until benchmarks are circulating. If you’re going for the value play, though, the RTX 3080 still looks like a winner.