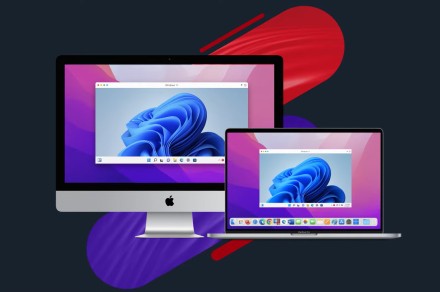 Parallels has announced the release of Parallels Desktop 18 for Mac. This new version of the popular virtualization software brings several key optimizations for running Windows 11 on Macs, including enhanced gameplay when enjoying Windows games on Macs.

In total, there are four significant changes in the Parallels Desktop 18 for Mac standard edition. The biggest one is the ability to connect a game controller to a Mac, switch to Windows, and start playing by sharing the controller between native and guest operating systems. Parallels also promises that the release should bring better video playback and higher frame rates when gaming.

Other than gaming, Parallels Desktop 18 for Mac standard edition adds full support for Apple’s ProMotion display. This means you can enjoy automatic refresh rate changes. The performance changes are so good that you can assign more RAM and CPU cores and run Windows 11 up to 96% faster on the Mac Studio with Apple’s M1 Ultra chip, according to Parallels.

Two smaller changes in the standard release include improved compatibility of Intel (x86) applications when running Windows 11 on ARM, and improved USB 3.0 to support live data streaming devices, including video capture devices. These cap out the list of new features.

In the pro edition, you’ll be able to set up various network conditions for a virtual machine, isolate a VM network, use network boot with Linux ARM VMs, and analyze application performance.

In Parallels Desktop 18 for Mac business edition, there are three new functionalities. There’s now convenient SSO/SAML authentication that enables employees to sign in and activate Parallels Desktop with a corporate account. IT admins can also deploy or provision a Windows 11 VM on a Mac, as well as manage Parallels Customer Experience Program participation centrally.

Facebook
Twitter
Pinterest
WhatsApp
Previous articleOnePlus 10T vs. Nothing Phone 1 camera battle shouldn’t be so close
Next articleBack to school: This HP laptop runs Windows 11, and it’s on sale for $280
- Advertisment -