HomeNewsT-Mobile’s 5G and 4G LTE networks are nearly twice as fast as...
News 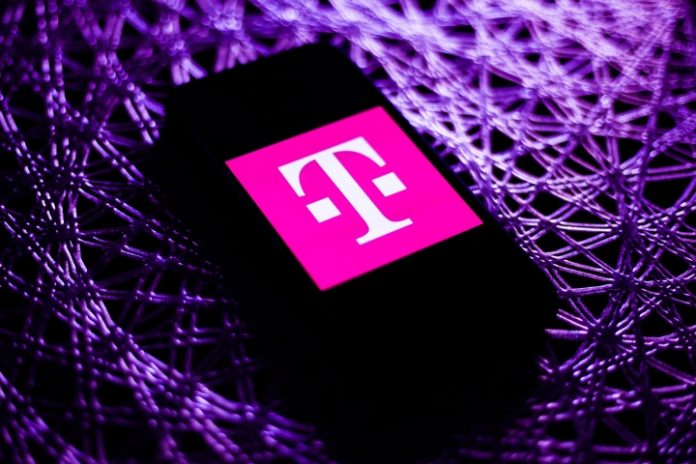 Ookla’s second-quarter market report has just gone live, revealing that T-Mobile still has a commanding lead over rivals Verizon and AT&T when it comes to offering the fastest and most consistent speeds throughout the U.S.

T-Mobile took the top spot for performance on both its 5G and 4G/LTE networks, with median download speeds of 187.33Mbps on 5G and 116.54Mbps across the board. Overall, that’s nearly twice as fast as Verizon and AT&T, which clocked in at 59.67Mbps and 54.64Mbps, respectively. The Un-carrier also delivered the most consistent speeds of the bunch, with 85.7% of tests showing at least 5Mpbs download and 1Mbps upload speeds.

T-Mobile also had the highest upload speeds of 11.72Mpbs, although these were only marginally better than Verizon and AT&T, which came in with upload speeds of 9.14Mbps and 7.00Mbps, respectively. Likewise, latency numbers were all in the same ballpark, with T-Mobile scoring 31ms against Verizon’s 32ms and AT&T’s 34ms.

The numbers aren’t nearly as dramatic for T-Mobile this time around. In January’s fourth-quarter 2021 report, T-Mobile showed almost the same median 5G download speeds, at 187.12Mbps, a sizeable increase from its prior third-quarter speeds of 135.17Mbps. However, in this latest report, T-Mobile has managed to break the 100Mbps barrier with its overall download speeds, which have increased from 90.65Mbps in January to 116.54Mbps.

These higher numbers likely result from the rapid expansion of T-Mobile’s Ultra Capacity 5G network rather than improvements to its 4G/LTE service. Median download speeds will naturally improve as more customers take advantage of the carrier’s faster 5G network.

Meanwhile, Verizon is catching up on the 5G side thanks to its new C-band rollouts. This time, it came in with a median 5G speed of 113.52Mbps. However, its considerably lower overall speed (59.67Mbps) shows that many of its customers still aren’t covered by its 5G Ultra Wideband service; they’re either stuck on 4G/LTE or using the carrier’s low-band Nationwide 5G service, which isn’t much faster than 4G.

The effect of limited C-band rollouts is even more evident in AT&T’s much lower 71.54Mbps median 5G download speeds. AT&T has taken a considerably more conservative approach to the new C-band spectrum, deploying it to only a handful of cities so far. This means that more AT&T customers are using the carrier’s low-band 5G services. These numbers will likely improve as AT&T takes advantage of a new chunk of C-band spectrum that it recently picked up to expand its network into areas that Verizon won’t be able to cover.

The numbers by state

Ookla’s U.S. Market Report also breaks the numbers down by individual state, and there are still a handful of places where Verizon and AT&T edged out T-Mobile on performance.

T-Mobile was the fastest provider in 45 states this past quarter, while AT&T came out on top in South Dakota and Vermont. Local carrier GCI remained on top in Alaska, as it’s the dominant carrier in that state and actually beat T-Mobile to launching 5G service there. Ookla notes that the results in Delaware, Montana, and West Virginia, were all too close to call, although only one of those three states, Delaware, was in the top 10, with median download speeds of 73.2Mbps. Montana and West Virginia were in the bottom 10 states, with speeds of 41.33Mbps and 37.54Mbps, respectively.

Those states where other carriers came out on top all showed considerably lower median download speeds. South Dakota was the highest of those at 50.25Mbps overall and 60.84Mbps on AT&T, but that’s not saying much considering it was in 33rd place.

The top 10 U.S. states all offered median download speeds of at least 69Mbps, with the District of Columbia taking first place at 82.27Mbps. Except for Delaware, which had no clear winner, T-Mobile came out on top in nine of the top 10 states, with the Un-carrier offering median speeds ranging from 86.85Mbps in Massachusetts to 125.25Mbps in Illinois.

T-Mobile also offered median download speeds exceeding 100Mbps in 17 states, including places like Iowa, where T-Mobile came in at 104.04Mbps despite a much lower overall speed of 39.6Mbps across all carriers.

It’s not that surprising that the Galaxy S22 Ultra came out on top, as it packs in Qualcomm’s latest Snapdragon 8 Gen 1 chipset, which features the X65 modem. By contrast, Apple’s iPhone 13 lineup is using the older Snapdragon X60. Ookla’s report on the fastest modem chipsets bore this out, with the Snapdragon 8 Gen 1 clocking in at 100.85Mbps and the Snapdragon X60 at 90.53Mbps. Google’s Tensor, which powers the Pixel 6 and Pixel 6 Pro, came in third place at 86.43Mbps.

The report considers the most popular devices, so it’s not comprehensive, and these numbers can also be skewed by demographics and geographic distribution. For instance, those who purchase a higher-end flagship device like the Galaxy S22 Ultra or iPhone 13 Pro Max are more likely to care about getting maximum 5G performance from their smartphones. This may account for the lower scores of the Galaxy S22+ and iPhone 13 Pro since these use the same chipsets as their larger siblings.