HomeNewsInstagram continues its TikTok makeover, will convert all videos to Reels
News

Instagram continues its TikTok makeover, will convert all videos to Reels 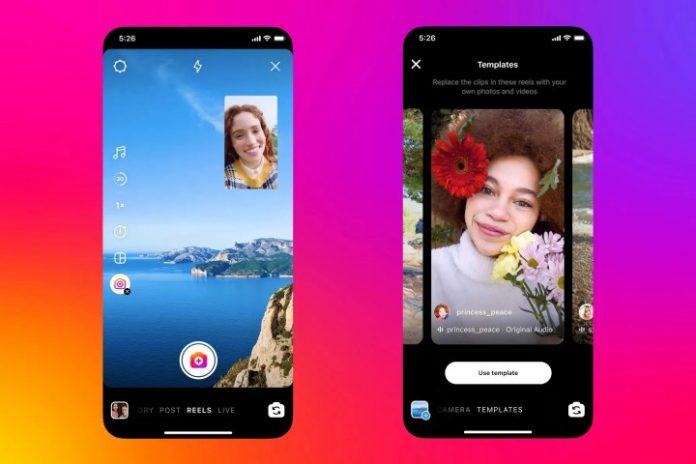 Earlier this month, Instagram started testing a new feature that turned videos posted by users into Reels. If you count yourself among people that think it’s a bad idea, there’s some bad news. Instagram has just announced that all videos shorter than 15 minutes in length will be automatically shared as a Reel.

The change, which is going to be implemented in the coming weeks, will have a major impact. If you have a public profile, your videos don’t just pop up in another random person’s Reels section. They only appear on the main feed of people who follow you. That is about to change soon.

We’re announcing new features making it easier and more fun to collaborate, create and share Reels. These updates include:

Check them out and let me know what you think 👇🏼 pic.twitter.com/XZUiqmANSX

Once Instagram’s promised change comes into effect, all videos shorter than 15 minutes posted by a public account will be turned into Reels. That means anyone worldwide can see it in their Reels tab, irrespective of whether they follow you or not. Based on the content, Instagram’s recommendation algorithm will show your Reels to people who might find them interesting.

All Instragam videos are going to be Reels

However, if your account is private, your videos won’t be turned into a Reel, and only people who follow you will see them on their timeline. But more than just viewing, they will also be able to remix it and share it with their own followers, amplifying the reach of your original video.

There’s some relief here if you’re already freaked out about the whole idea. Instagram won’t be turning your older videos into a Reel. So far, Instagram has only turned videos shorter than 90 seconds into Reels by default.

On the surface, this sounds like a desperate attempt to boost the popularity of Reels in the face of hot competition from TikTok. On the bright side, there is a chance that your content goes viral after being served to a wider audience. But again, that is ultimately going to play in Instagram’s favor.

Easing Reel creation for everyone

And that’s not the only change Instagram has in the pipeline. The Meta-owned platform is merging the video and Reels tabs, creating a unified dashboard for all videos on the app. To further boost the appeal of Reels, Instagram is also adding a couple of new features.

The first new trick is called Duals, which allows users to record simultaneously from their phone’s front and rear cameras. The front camera capture will be used as the live reaction that appears in a small video at the top, while the rear camera’s view becomes the meat of the Reel.

Here's how the new Reel Templates system works on Instagram. It is essentially a set of templates for creative inspiration, letting you borrow the core design of a sample and then adding your own media and audio clip of choice to quickly create a Reel. #Instagram pic.twitter.com/DGvgBdSa6k

The other new addition is Templates. In a nutshell, this allows users to create a Reel with the same format as the one they just watched. When you go to the Reels tab and tap on the camera, you will see a new Templates option.

You can pick a sample Reel from the list of Templates, copy the core design, and then add your own media to make an original Reel. The idea behind Templates is to simplify the whole process of making Reels, especially when you’re running out of ideas.

Instagram continues its TikTok makeover, will convert all videos to Reels

What color Pixel Buds Pro should you buy?