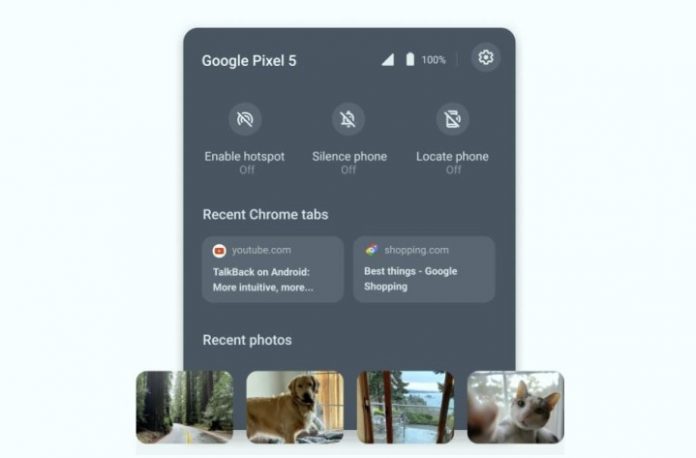 The latest update for Chromebooks, ChromeOS 103, launches some of the interesting new features announced at Google I/O and CES, including the ability to see your Android phone’s photos on your Chromebook.

The second feature, meanwhile, lets you get a Chromebook online with Nearby Share. Capping things out is a new Screencast feature, which makes it easier to record your screen in fun, new ways natively in ChromeOS.

This new ability to see photos from your Android phone on your Chromebook works even if you’re offline. After taking a picture on your phone, it will show within Phone Hub on your laptop under a new “recent photos” section. This cuts out the need to email pictures or use cloud services. In concept, it is a lot like the photos feature in Microsoft’s Phone Link app on Windows 10 and Windows 11.

As for Nearby Share, you can now visit the internet settings page on your Android Phone, select Wi-Fi Network, then Share, and tap the Nearby file under the QR code to bring your Chromebook online. This will bring over the Wi-Fi credentials to your Chromebook so it can connect to the internet with ease.

We previously talked about Screencast in a sitdown with Google, and it is designed so anyone can record, trim, and share transcribed screen recordings with Google Drive. It’s a new system app in ChromeOS 103, and will even let you draw or write on the screen as you record. The app is simple and easy to use when compared to competing solutions on MacOS and Windows.

Google says some additional features will be coming to ChromeOS this summer, including ones that will make all of your devices work better together. An example is Fast Pair, which lets you pair up hundreds of headphones, including Pixel Buds, much faster with your Chromebook device.