HomeNewsI switched to a Chromebook for a week. Here’s what surprised me...
News

I switched to a Chromebook for a week. Here’s what surprised me as a Windows user 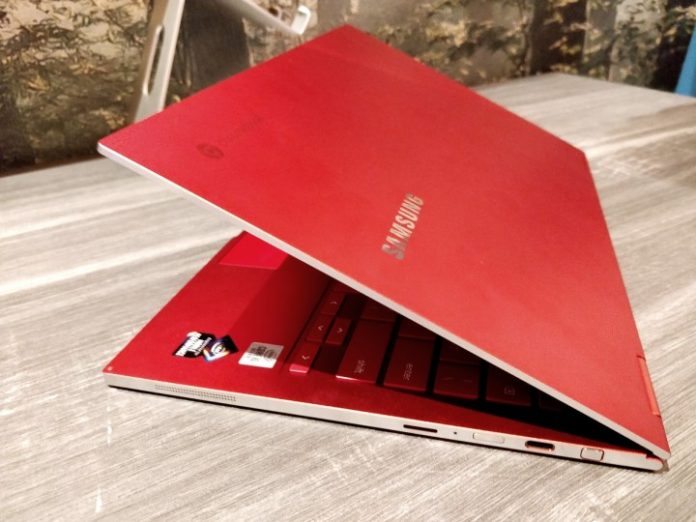 I’m a longtime Windows user, but ChromeOS has always piqued my interest as an alternative. Unlike MacOS, which does a lot of the same things as Windows, ChromeOS offers something entirely different. It’s lightweight, efficient, and ships with the ability to run almost any Android app.

I recently came off reviewing an HP Chromebase All-in-One 22, and in my review period, I spent a lot of time playing with ChromeOS. But in addition to the Chromebase, I also have an original Samsung Galaxy Chromebook that I usually only go to for beta testing new ChromeOS features like Screencast.

Since I liked the Chromebase so much, I spent an extra few days in the post-review period with my Chromebook as my main machine, delaying my return to Windows. In that week, I certainly learned a lot about Chrome OS, and there were a lot of surprises along the way.

One of the first things I was reminded of when spending some additional time in ChromeOS was efficiency. I’ve grown fond of Microsoft Edge when on my Surface device, but I quickly noticed that Chrome works great as a web browser on Chromebooks. Both Edge and Chrome are based on Chromium, so it was not a surprise that ChromeOS really tackled my workflows well.

Even with the Android version of Teams open, as well as seven Chrome tabs and a Teams progressive web app (PWA), ChromeOS chugged along nicely on my hardware (an Intel Core i5-10210U with 8GB RAM.) RAM usage did not peg too high, and neither did the CPU, according to the system status app, COG. Years of dealing with Windows laptops have trained me to expect high usage from Chrome, but ChromeOS surprised me.

Another good thing? A lot of the apps I need for work from my Surface are available on ChromeOS. I even installed Microsoft Edge as a Linux app, which was a surprise.

For other apps, I used PWA versions of Word and Excel. I also used a PWA version of Teams, since it has a desktop interface.

I also love the way that Android apps are integrated with ChromeOS. You get apps that can be fully resized, either into a tablet form or a phone form. Some apps even let you resize them into a windowed mode. This reminds me of what’s been done with Android apps in Windows 11, but it’s great to see that this works natively in Chrome OS without extra downloads. Things like Xbox Cloud Gaming and Subway Surfers all run very well on my Chromebook, with Cloud Gaming feeling the same as it would on Windows.

That’s because, on Windows, you need to install the Amazon App Store, and you don’t have access to the Google Play Store. ChromeOS definitely does Android better for this reason. It even plays nice with Android phones, too. My Pixel 6 Pro’s open Chrome tabs, photos, and LTE network were available for sharing on my Chromebook via Phone Hub. It reminds me a lot of Phone Link on Windows 11.

Other great things I noticed about my Chromebook come down to battery life, speed when booting up and installing updates, and the overall simplicity of settings and using printers. My power-hungry Surface Laptop Studio barely pushes four hours of battery life, but my Chromebook got me through a full day of work. Booting up my Chromebook, meanwhile, is almost instant, but on a Windows device, I have to wait near 30 seconds at some points.

Of course, this is an apples-to-apples comparison across every device in these two operating systems, but averaged out, Chromebooks have always excelled in efficiency and battery life — and that remains true today.

App compatibility has always been a struggle with ChromeOS, especially if you’re familiar with a traditional operating system like Windows 11. The biggest hiccup I ran into was around Microsoft Office apps, which are a part of my daily workflow. For some reason, ChromeOS won’t let me download the Android versions of Microsoft Office apps. Instead, I am redirected to use the PWA versions.

This is probably a Microsoft thing, and not Google’s fault. Still, I couldn’t help but be frustrated by the limitation. I feel as though using my Galaxy Chromebook as an Android tablet would be easier if I could just use Android versions of Office. It’s a shame, as the PWAs for Office aren’t available for offline use.

Some other smaller things that annoyed me include the lack of the date and time and a calendar in the system tray, not having a Caps Lock key, and the new launcher that’s based on the left side of the screen. I very much liked the old interface better, as it just makes sense for a touchscreen Chromebook. The smaller Start Menu-like hub in ChromeOS Canary doesn’t seem quite as efficient.

And one more thing that sucks? The Files manager. I’ve complained about what the Windows File Explorer looks like, but the ChromeOS File Manager is even worse. It doesn’t fully integrate with OneDrive, for example, and file previews are terrible circular icons. There’s not even a “Documents” folder, and everything is saved to Downloads by default. I really hope this changes in the future.

Alright, so now it’s time for the ugly parts of switching to a Chromebook for a week. There’s one big, bad thing that held me back, and it is the lack of a true video editor.

Now, I did try to use Clipchamp as a video editor for ChromeOS, but this is a largely web-based interface, and it wasn’t as efficient as a dedicated editor on Windows like Wondershare Filmora. Encoding times were slow, and a lot of things like cutting out audio weren’t efficient for me. I actually had to go back to Windows for editing my weekly podcast.

All hope is not lost though. Google did confirm that it is working to bring the LumaFusion video editor to ChromeOS. So, in a few more months, video editing might be possible on high-end Chromebooks.

That’s not a surprise. ChromeOS has grown so far beyond its early days, and even with the issues I’ve experienced, I’m more confident than ever that Google is going to continue to hone the ChromeOS experience into something truly great. As much as I enjoyed returning to the comfort and familiarity of Windows 11, I can’t say I didn’t wonder at times if I might someday convince myself to commit to ChromeOS for the long haul. Maybe someday.

Facebook
Twitter
Pinterest
WhatsApp
Previous articleThis popular Fitbit alternative is only $40 at Amazon right now
Next articleIPS vs. VA displays: Which is best for your monitor or TV?
- Advertisment -