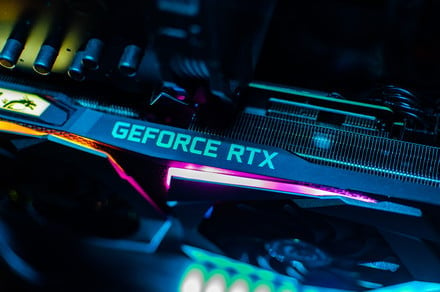 According to the latest speculations, the Nvidia GeForce RTX 4090 graphics card may offer twice the performance of its predecessor.

Rumored specifications of the upcoming RTX 4090 and RTX 4070 leaked, and so far, it seems that we’re looking at a considerable performance boost across the board.

It's quite simple to achieve 2x performance of RTX 3090. Look forward to further optimization.

Today’s round of juicy news comes from kopite7kimi, a well-known Twitter source for all things PC hardware. Kopite7kimi has already previously speculated about an alleged Nvidia GeForce RTX 4090 Ti as well as RTX 4080, but this time, the leaks are focused on the RTX 4090 and the RTX 4070, revealing more of the lineup that we will see on the market in just a few months.

Perhaps the most thrilling piece of information comes in the form of kopite7kimi’s tweet that implies it’d be easy for the RTX 4090 to double the performance of the RTX 3090. While it’s fun to speculate, this becomes even more exciting when you think that this is backed by the rumored specifications of the card. Indeed, the jump in specs between the RTX 3090 and the Ada Lovelace counterpart suggests that we could see this type of performance from the next-gen GPU.

The AD102 GPU will come with a whopping 144 streaming multiprocessors (SMs). As noted by Wccftech, that is a 71% increase over the existing flagship GA102 GPU. The next-gen card will also have 18,432 CUDA cores. For comparison, Nvidia’s current best graphics card, the RTX 3090 Ti, features 10,752 CUDA cores — so we’re seeing a huge increase in both SMs and cores.

The gains continue as we move on to the card’s L2 cache size. Rumor says that we can expect to see up to 96MB of L2 cache on the AD102. The GA102 only features 6MB, which means that the Ada Lovelace GPU will have up to 16 times more than the current-gen Ampere equivalent. Nvidia GeForce RTX 4090 is also rumored to come with 24GB of GDDR6X memory, 21Gbps clock speeds, and over 1.0TB/s of bandwidth as well as a 384-bit bus interface.

Unsurprisingly, all of that performance also requires a lot of power, but the power requirements of Nvidia’s RTX 4090 are something we’ve already covered in the past. Currently, the expected total board power (TBP) of the RTX 4090 sits at 600 watts for the reference model, and that number will only go up for custom models made by Nvidia’s partners. Given the monstrous power requirements, we will likely see some of Nvidia’s partners utilize a hybrid cooling technology in order to keep the card stable.

Nvidia’s GeForce RTX 4070 seems to take a more balanced approach in terms of power needs. Based on the AD104 GPU, it is said to come with 60 SMs, 7,680 CUDA cores, and a (still massive) 48MB L2 cache. This is paired with 12GB of GDDR6 memory as well as an expected bandwidth of around 400GB/s, and all of that is spread across a 192-bit bus. Wccftech speculates that this card will perform at around the same level as the RTX 3080 Ti, so the 300-watt power requirement seems much more reasonable.

We can expect Nvidia to release the new RTX 4000 “Ada Lovelace” line of GPUs later this year. As we approach the second half of 2022, Nvidia may start giving us some teasers that confirm or deny the leaks we’ve received so far.