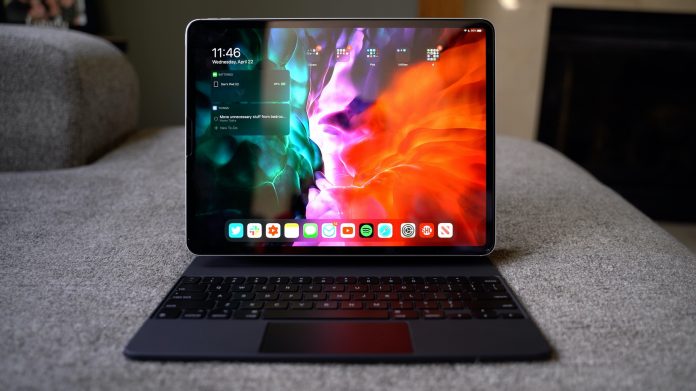 A new Apple patent has suggested that a future iPad or version of iPadOS could include the ability to transform the tablet into a macOS-like user experience when it’s attached to an external keyboard.

The patent, first reported by Patently Apple, is wide-ranging in its potential implementation. Apple regularly patents dozens of ideas, and only very few ever see the light of day. Nonetheless, this patent describes a base device, such as a keyboard that includes keys and a trackpad, that could be coupled with a computing device, such as an ‌iPad‌, to deliver what seems like a macOS similar experience with an Apple Pencil. 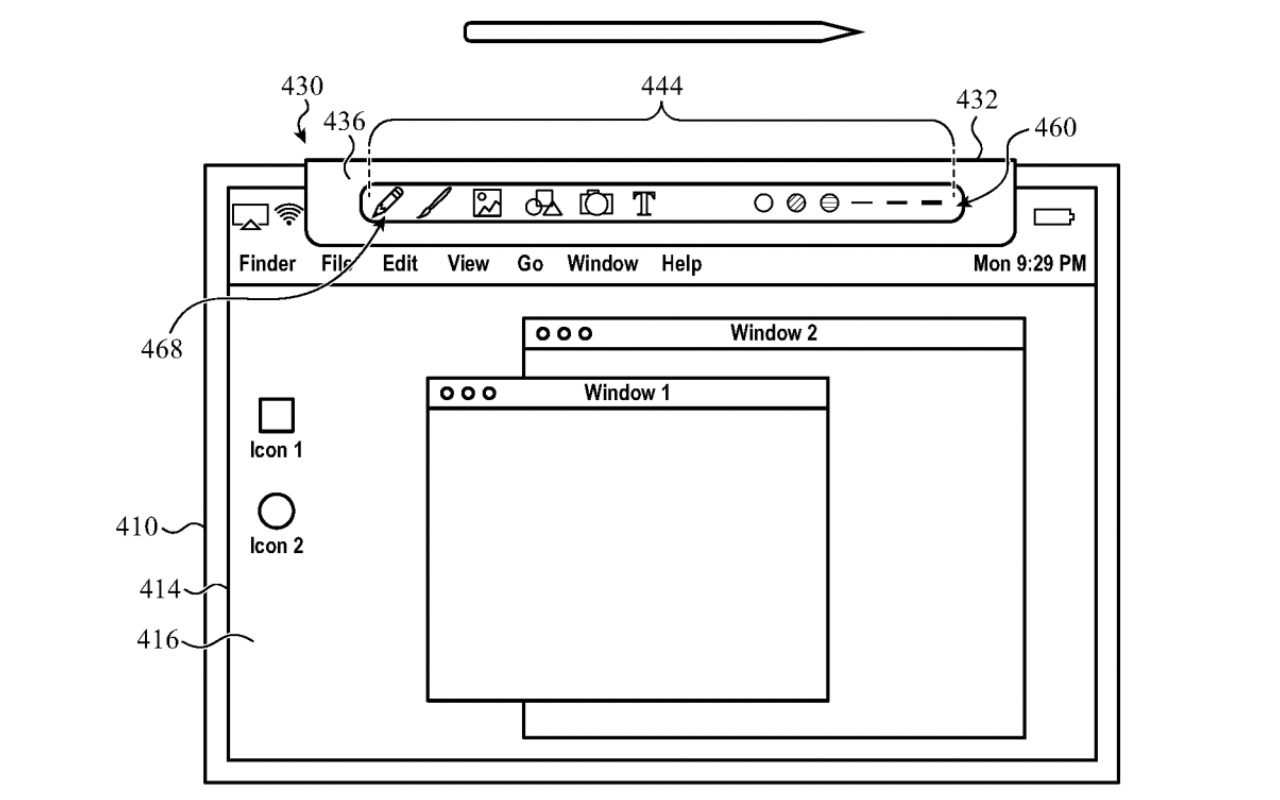 Image from the patent that depicts a macOS-like user experience with an ‌Apple Pencil‌
Adding credence that the patent depicts an ‌iPad‌ and keyboard combo, other images in the filing reveal how the computing device can be detected from the keyboard and used standalone, similar to how users can currently detach the ‌iPad‌ from the Magic Keyboard. 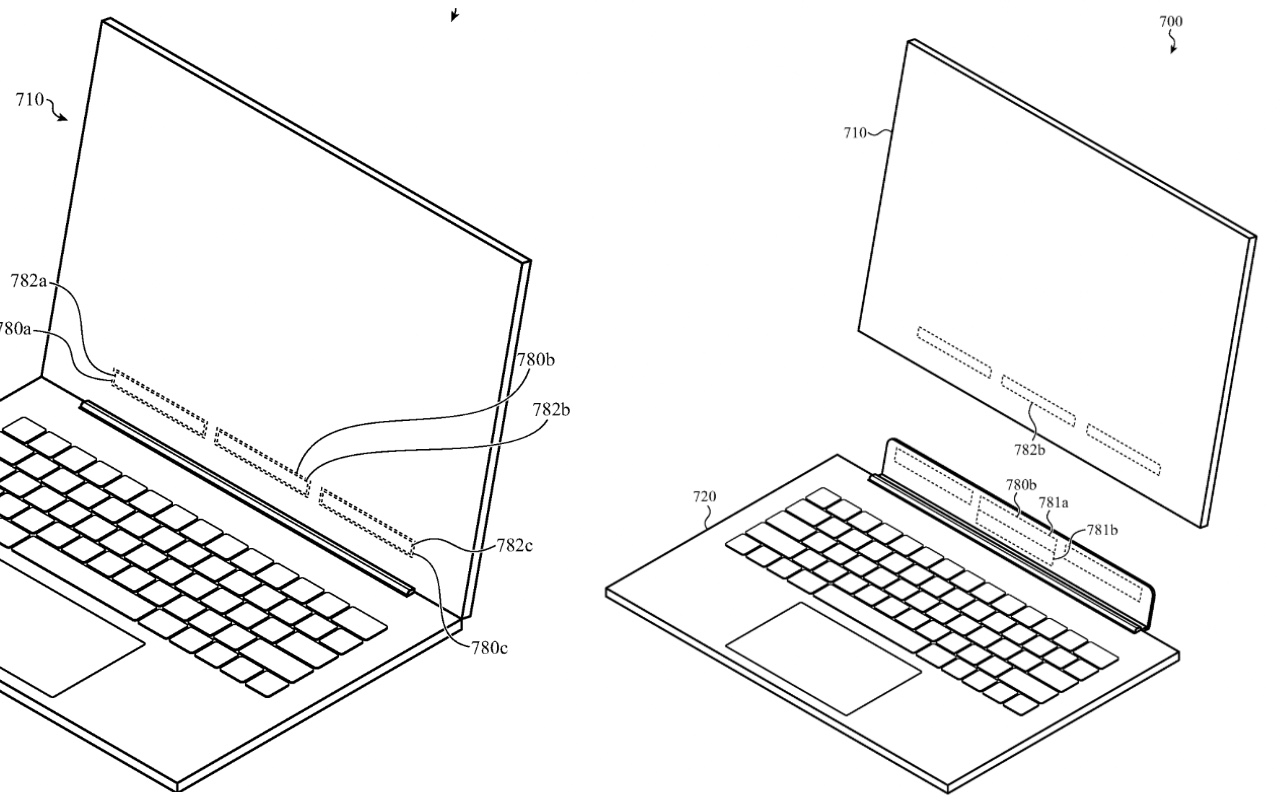 Images from the patent
Alternatively, the patent could be envisioning a future MacBook and ‌iPad‌ combo, where both devices merge into one. Detached from a keyboard, the combo serves as an ‌iPad‌ with the ‌Apple Pencil‌; then, when attached to a keyboard, it transforms into a Mac with touchscreen capabilities. Apple has long said a touch screen Mac is not something it aims or wants to make, so perhaps a combo of the ‌iPad‌ and MacBook is the future of Apple’s computer line.

Bloomberg’s Mark Gurman, in his April 17 edition of his Power On newsletter floated a seemingly identical idea to the one presented in Apple’s patent filed earlier this week. Gurman speculated in the newsletter that the future of the ‌iPad‌ should consist of three modes: a touch-screen mode, an ‌Apple Pencil‌ optimized experience, and a “Pro” mode that turns on when a keyboard or external display is attached/connected. While purely speculative and wishful thinking, Gurman has reported that Apple is planning a revamped multitasking experience for iPadOS 16.

iPadOS 16 is set to be previewed in one month at Apple’s Worldwide Developers Conference that’s taking place from June 6 through June 10. There, Apple will preview not only iPadOS 16 but also iOS 16, which is rumored to include new health features, improved notifications, and more. For a full rundown of everything we expect from ‌iOS 16‌ and iPadOS 16, be sure to see our roundup. Tag: Patent
This article, “Apple Patent Suggests Future iPad Could Transform Into macOS-Like Experience When Attached to a Keyboard” first appeared on MacRumors.com

Peloton Looking for Investor Like Apple to Buy 20% of Company