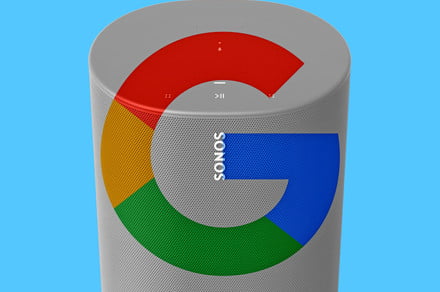 Google and Sonos have been locked in a long-drawn legal battle over patent infringement, with both parties suing each other over the years, but it appears that Sonos has finally gained an upper hand in that tussle. As per a report from The New York Times, a trade court has ruled that Google did violate laws by illegally using Sonos’ patented audio technologies used in smart home and audio devices.

A cease and desist order has been issued against Google by the United States Internation Trade Commission. As per the ruling, all products that infringe on patented technology should be banned from being imported into the United States. And the list of products that fall under the Sonos-Google battle is huge.

Sonos has accused Google of infringing on over 100 patents and alleges that Google didn’t sign a licensing deal to use them.

Sonos has asked the federal agency to block all products that allegedly use its proprietary technology in violation of patent laws, and they include smart speakers under the Google Home and Nest family, Chromecast, Pixel phones, and even PixelBook computers. The commission’s ruling also directs Google to stop the sale of contentious products that it already has in its inventory on American soil.

Sonos has accused Google of infringing on over 100 patents and alleges that Google didn’t sign a licensing deal to use them. For the unaware, a licensing deal allows one company to use another company’s patented technology in its products in exchange for a fee. It is what the industry classifies as patent royalties. In this case, Google allegedly put Sonos’ technology into its hardware without permission or paying a fee. Sonos is now seeking damages from Google for the same.

However, this is not the end of the road, and Google products won’t get outright banned from entering the United States. The final decision is now in the presidential hands. If the Joe Biden administration vetoes Sonos’s request, Google won’t face a hardware import ban. However, it must happen in the next 60 days, as per a Bloomberg report. If Google fails to earn presidential favor, Home hardware and Pixel phones among others will legally be prohibited from being sold in the United States. Google’s hopes now rest with the presidential review, but it can also contest the ruling in the country’s top patent court.

It has been suspected – but not confirmed – that Android's implementation of remote volume button control of Cast devices was in violation of one of Sonos's audio patents, which may be why the feature was initially disabled in Android 12.

The latest ruling is based on five key patents. The patents involve an audio device’s ability to pair up with more units for creating a stereo system. They also talk about a system to remotely control the volume of a single or group of synchronized speakers. If that sounds familiar, it’s because Android already offers a trick to do so while casting audio to connected speakers. Google denies that it illegally copied the aforementioned features for its own ecosystem of devices.

Here’s the more interesting part: Google redesigned some of the key functionalities that cover audio synchronization for smart speakers. The company described these changes in ITC filings that were spotted by Bloomberg in September last year. Doing so would allow Google to operate outside the boundaries of Sonos’ patented technology. In simple words, there won’t be any patent infringement.

However, the downgrade would mean the user experience will take a hit. As per a 9to5Google report, volume controls for Google Home speakers connected in a stereo system were broken for some users. It was rumored that this might be a result of Google intentionally killing some features that Sonos had objected to in its patent lawsuit.

Google views this as a politically opportunistic shakedown.

Sonos views this as big tech finally having to pay up for the IP it's lifted.

This is a religious debate, and not one that is likely to end soon.

The roots of Google’s feud go far back. Sonos alleges that it shared details of its patented technology with Google in 2013, but the two companies reportedly couldn’t come to terms with licensing deals. Instead, Google started making its own smart home hardware under the Home brand two years after that — but there’s another twist here.

At one point, Sonos was working on a tech called Concurrency that would allow multiple AI assistants like Google’s own and Amazon’s Alexa to work on the same device and remain active simultaneously. As per The Washington Post, Google reportedly didn’t like the idea after Sonos gave a demonstration to its team.

Furthermore, Google reportedly blocked Sonos from bringing the product to the market, citing some distribution agreement terms. Apparently, Google was not okay with allowing another virtual assistant to share the stage (read: compete) with Google Assistant on the same device. Sonos Voice VP Joseph Dureau later confirmed to The Protocol that it was indeed working on such a technology.

Had the two companies embraced the Concurrency tech, we might have better smart speakers in the market on which Google Assistant, Alexa, and even Bixby could co-exist. Sonos is reportedly working on its own voice assistant that will work alongside Alexa on smart speakers, but it won’t co-exist with Google Assistant. Call it revenge, but it does sound fair.

And the award for awkward timing goes to…

In the words of @rihanna “please don’t stop the music” and thanks to Chromecast being built-in to more devices you don’t have to. Simply cast your music and podcasts from your #Android phone to more speakers starting with @Bose in the next few months. #CES2022 pic.twitter.com/XByyeUwlEu

As the Google-Sonos drama unfolds, a major announcement has arrived at a rather awkward time. Google has announced that users will soon be able to stream their music directly to Bose speakers from their Android phones. That’s because Bose speakers are embracing built-in Chromecast and will be hitting the shelves in the next few months.

AMD vs. Nvidia at CES 2022: The GPU battleground