HomeNewsCES 2022: The Asus Zenbook 17 Fold is a necessary step toward...
News

CES 2022: The Asus Zenbook 17 Fold is a necessary step toward foldable laptops 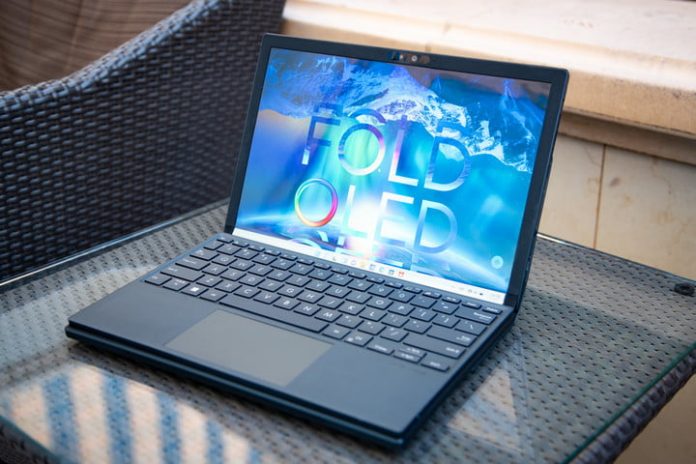 A few years back, the halls of CES were littered with prototypes of foldable phones. Now, foldable phones are everywhere, and they’re actually pretty good. At CES 2022, the focus has shifted to foldable laptops. But are they any good yet?

The Asus Zenbook 17 Fold is not the first of its kind, technically, but it’s the first machine that’s really gunning at the foldable laptop market. I had a chance to play with the device a bit at the show. It’s great — but right now, only in theory.

CES 2020 was the year of the foldable laptop. Then March rolled around, and companies started canceling plans. Lenovo pushed ahead with its ThinkPad X1 Fold, but it was cramped and uncomfortable to use, and the performance was terrible.

The Asus Zenbook 17 Fold is the second foldable laptop on the market, but it learned from the missteps of machines two years ago. First, it’s large, with a 17-inch screen that folds into roughly the size of a 13-inch laptop.

On top of that, it should be more performant. I wasn’t able to test performance, but Asus says the machine packs one of the latest Intel processors. The company won’t say which generation, but I imagine it’s 12th-gen. And that should perform much better than the Lakefield chip inside the X1 Fold.

The Zenbook 17 Fold also benefits from Windows 11, which was surprisingly responsive during my time with the machine. It’s still not as responsive as iOS, but Windows quickly rotated and snapped to a smaller size when I attached the keyboard.

I have some small complaints, though. The screen feels like it has a plastic film over the the top of it, closing the machine feels like it requires both hands, and there was a ripple in the middle of the screen where the fold is. Asus says it expects that to be fixed by the time the machine launches.

The big issue is weight and size. The Zenbook 17 Fold is portable in width and height, but thickness is a different matter. It’s about as thick as two thin 13-inch notebooks stacked on top of each other, and about as heavy, too.

Most of that weight comes from the machine. The keyboard is light as can be, though still comfortable to type on (I’ll talk more about that next). However, it requires separate charging, so if you want to top off the Zenbook 17 Fold, you’ll need two cables.

The fold is decent, but the Zenbook 17 is still a laptop that needs more than a folding screen. The screen itself is great. It meets Asus’ insanely high display spec with a 2560 x 1920 resolution, 1,000,000:1 contrast ratio, 0.2ms response time, 90 Hz refresh rate, and VESA DisplayHDR 500 True Black certification.

It’s rich and vibrant, especially when the Zenbook 17 Fold is set up like a normal laptop. When the keyboard is off, the screen just isn’t flat enough to appreciate. You can see the colors and the deep contrast, but also specs of glare from the inconsistencies in the top of the display.

The detachable keyboard shocked me. It’s detachable, so I assumed it would be overly clicky and cheap. It’s not. Asus is using the same ErgoSense keyboard that’s present on its other Zenbook laptops, which is one of my favorite mobile keyboards.

It’s the bits around the keyboard that aren’t great. The magnets didn’t always hold, and the build feels like you could snap the keyboard in half without a second thought. I loved typing on it, but it’s not a laptop keyboard front to back.

The Zenbook 17 Fold feels like a prototype still. It’s closer than the ThinkPad X1 Fold was, but it still hasn’t reached foldable nirvana. I’m assuming Asus will fix some of the quirks with the machine before launch, but even then, this isn’t the final form for foldable laptops.

Asus has assured me the final version will be tightened up, but I can’t imagine that will fix all of the issues the machine has. Still, it’s a hopeful sign for the future, and a necessary step toward foldable laptops.