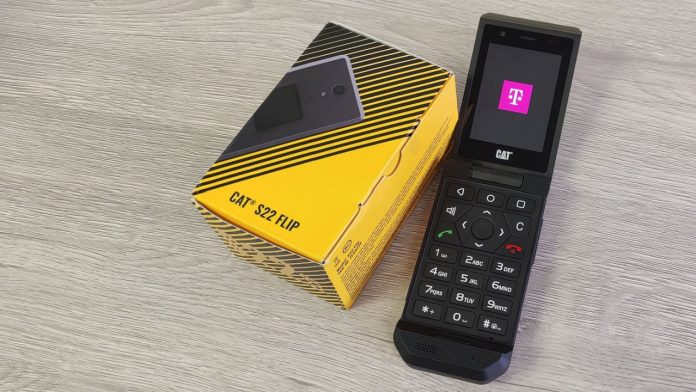 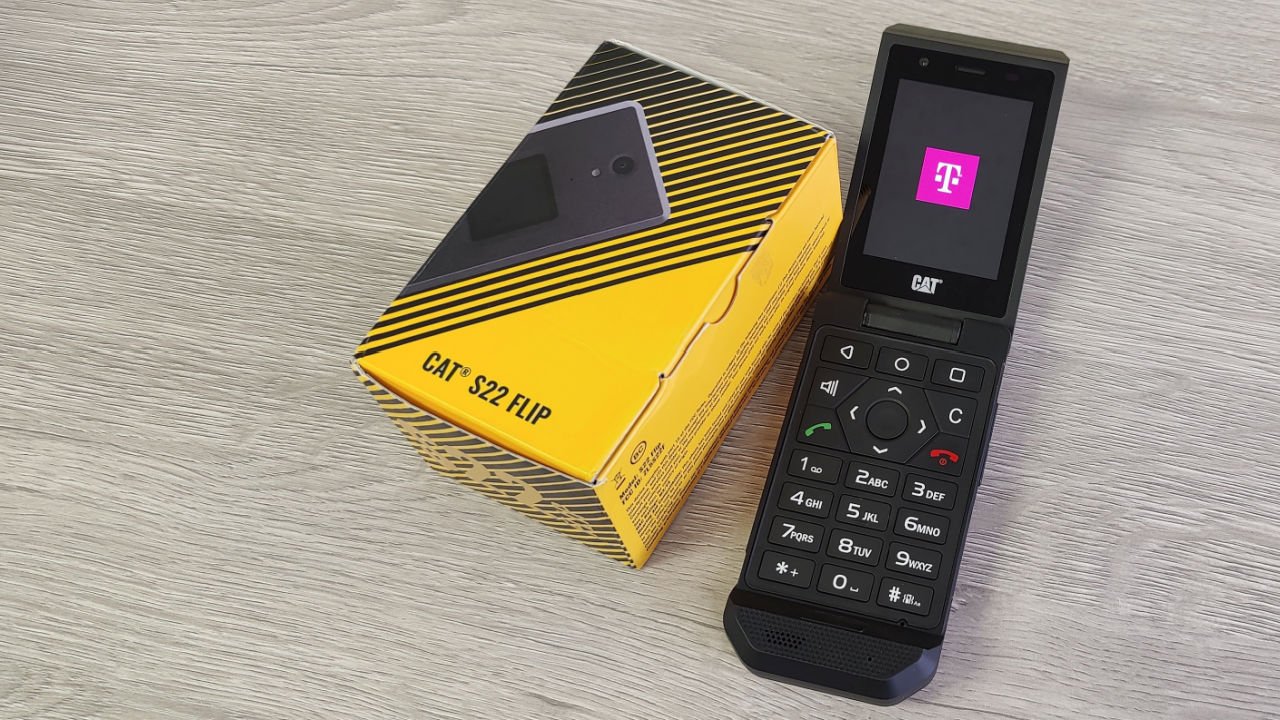 When it comes to smartphone designs, there are only so many ways one can design a handset. Sure, you can dress it up in shiny, premium looking materials or add unique and eye-catching colors, but at the end of the day, it’s not too unlike a generic black slab.

As 2021 comes to a close we find that some phone makers have changed things up a bit, opting to go away from the typical rectangle experience. Folding handsets are becoming more commonplace, largely thanks to Samsung and to a lesser degree, Motorola.

Despite the fact that phones are thinner than ever, they don’t quite feel as compact as when you fold that clamshell and put it in your pocket or purse.

While pretty much every phone you see nowadays has either Android or iOS on it, there are still people who buy feature phones. Similarly, there is a fairly sizable group of users who just don’t need “all the bells and whistles” that come with smartphones. 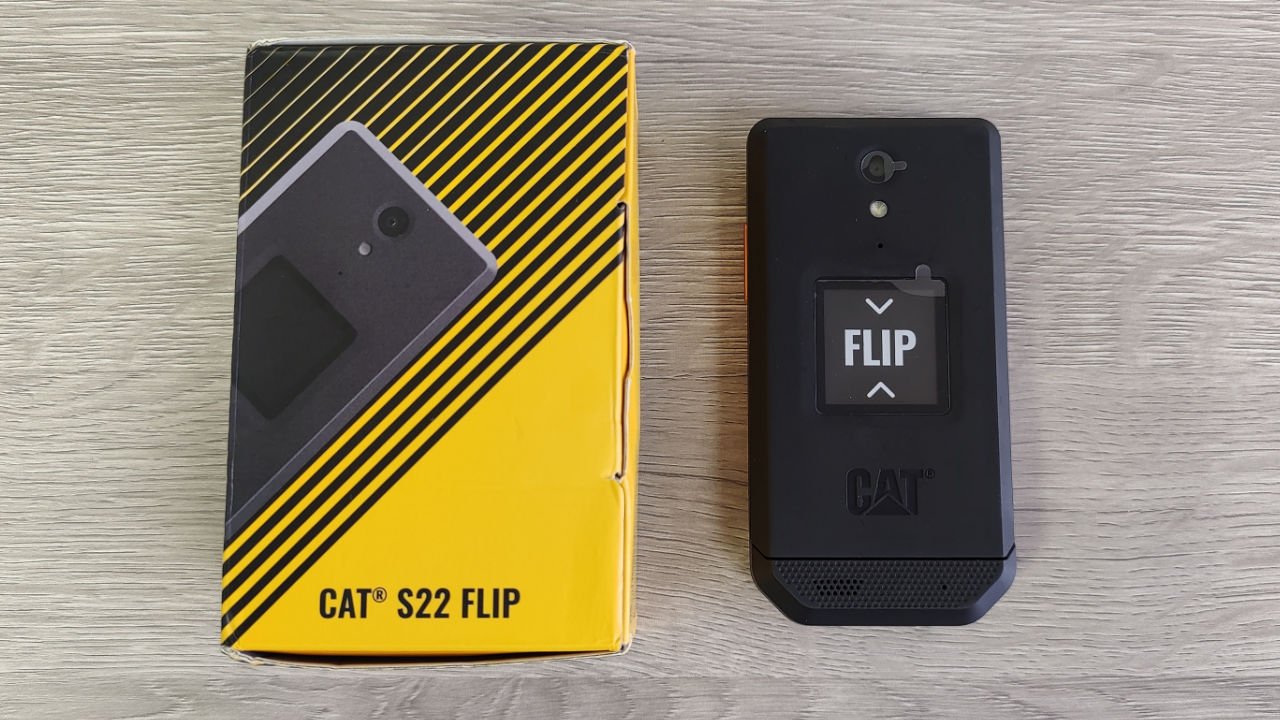 Then there is the segment of user who needs a device which physically handles a rough and tumble lifestyle. Maybe they’re in construction or physical labor, visiting job sites and dealing with all kinds of weather and elements. Or, perhaps they find themselves climbing poles or digging holes on a regular basis.

For that type of user there are a handful of smartphones on the market that provide that rugged protection and added durability. One of the biggest names in that right now space is CAT Phones. Having offered up more than a few generations of rugged handsets, its latest, the S22 Flip, is a bit of a departure.

The CAT S22 Flip is, in short, a flip phone that’s built to withstand all the drops, water, dust, bumps, and bruises that comes with a particular lifestyle. It also happens to run Android. Well, to be fair, it’s Android 11 Go. 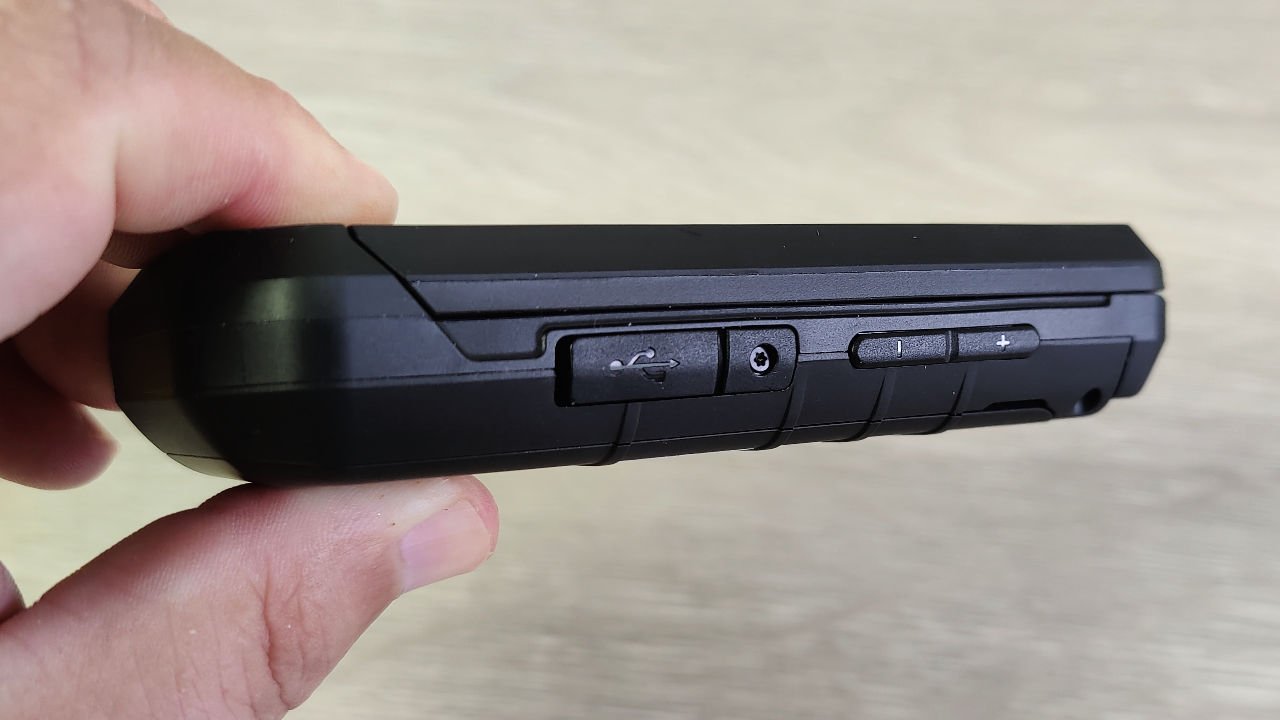 Historically, when we think of Android Go, we picture low-end hardware with the most basic of specifications. That, and perhaps emerging markets or places where smartphones might provide the first taste of internet to users. While that wide brush pretty much paints the picture, there are other use cases for the platform.

The CAT S22 Flip, while a rather niche device, sits somewhere in the center of a Venn diagram that has circles of “rugged”, “smart”, and “basic needs”. And aside from its durability and tough design the phones doesn’t make any sort of promises in terms of capabilities.

This phone is built for customers who need a reliable device to keep them in contact and to be used by businesses that want to give their employees an affordable phone to keep them reachable while at work.

Typically when reviewing smartphones we’ll dive into the specifications and call attention to design choices and performance. How does it look and feel? How does it handle day-to-day activities? Often we’ll also compare the experience to other devices in the same price point. The CAT S22 Flip is a different animal.

Priced just $234 through T-Mobile, the S22 Flip framed by its hardware prowess. Its 2GB memory, 16GB expandable storage, and 5-megapixel camera don’t sound all that flashy or capable but we’re not dealing with a standard Android phone. Instead, much of what CAT leans into is the rugged features and other design choices. And that’s where it really shines. 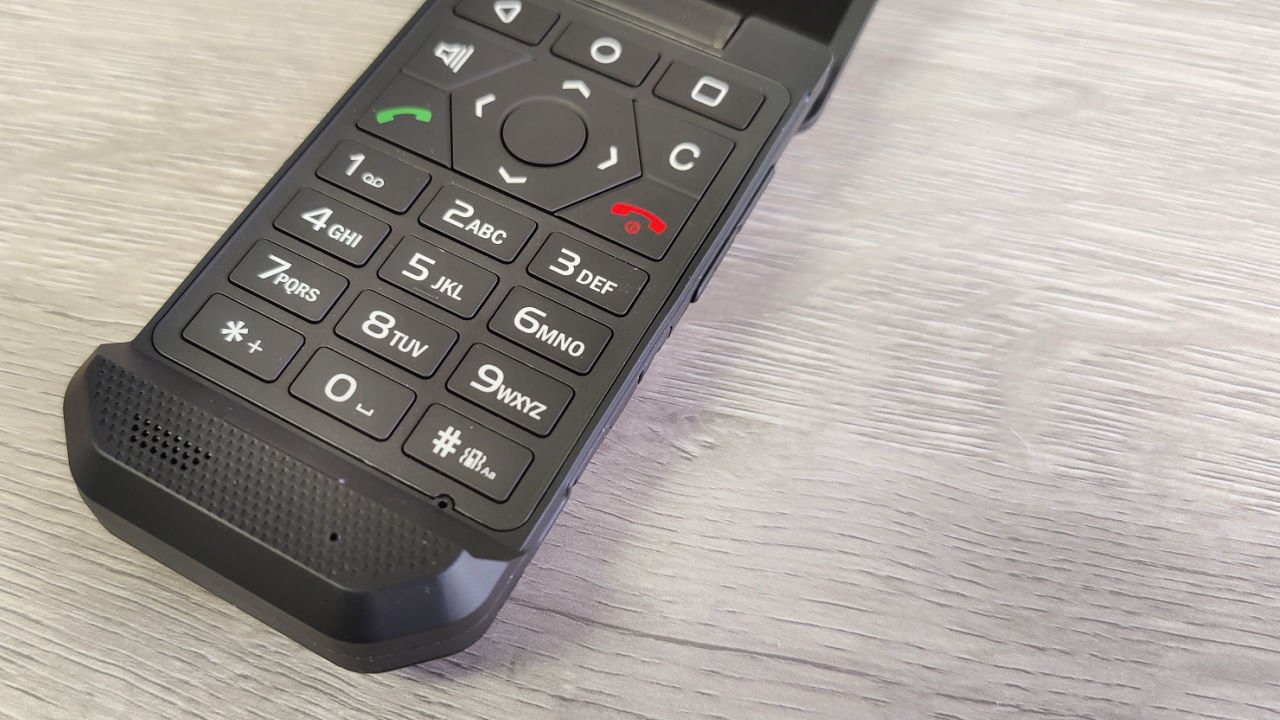 The CAT S22 Flip is drop tested for up to six feet onto steel with multiple drops on all sides and corners. Moreover, it’s fully waterproof and can be scrubbed clean with soap and disinfectants. It’s IP68 rated against sand, dust, and dirt and it can withstand extreme temperatures, vibration, and tumbles.

Diving deeper, the phone can also take on wipe downs with bleach and alcohol without batting an eye. In other words, it’s a hell of a lot tougher than you are.

Also noteworthy, the Cat S22 Flip comes with a two-year warranty and supports MDM (Mobile Device Management) and EMM (Enterprise Mobility Management). That last feature may not mean much to you but your IT guy loves it. The Android 11 Go Edition software, while limited in overall capabilities, still provides a smarter experience than your typical feature phone. There are plenty of apps and titles available in the Play Store (yes, it has that), and it comes with Google Maps, Google Assistant, and Find My Device.

In fact, it’s surprising how many traditional apps come with the phone. We didn’t expect to see YouTube or Google Play Movies on here, but they were. Along

The screen measure 2.8-inches which doesn’t sound all that big but it’s plenty bright enough with a decent resolution, too. You’re not here to play games; you’re here to work. As such, it’s got Gorilla Glass 5 scratch and shatter resistant protection and even allows for wet finger and glove touches. 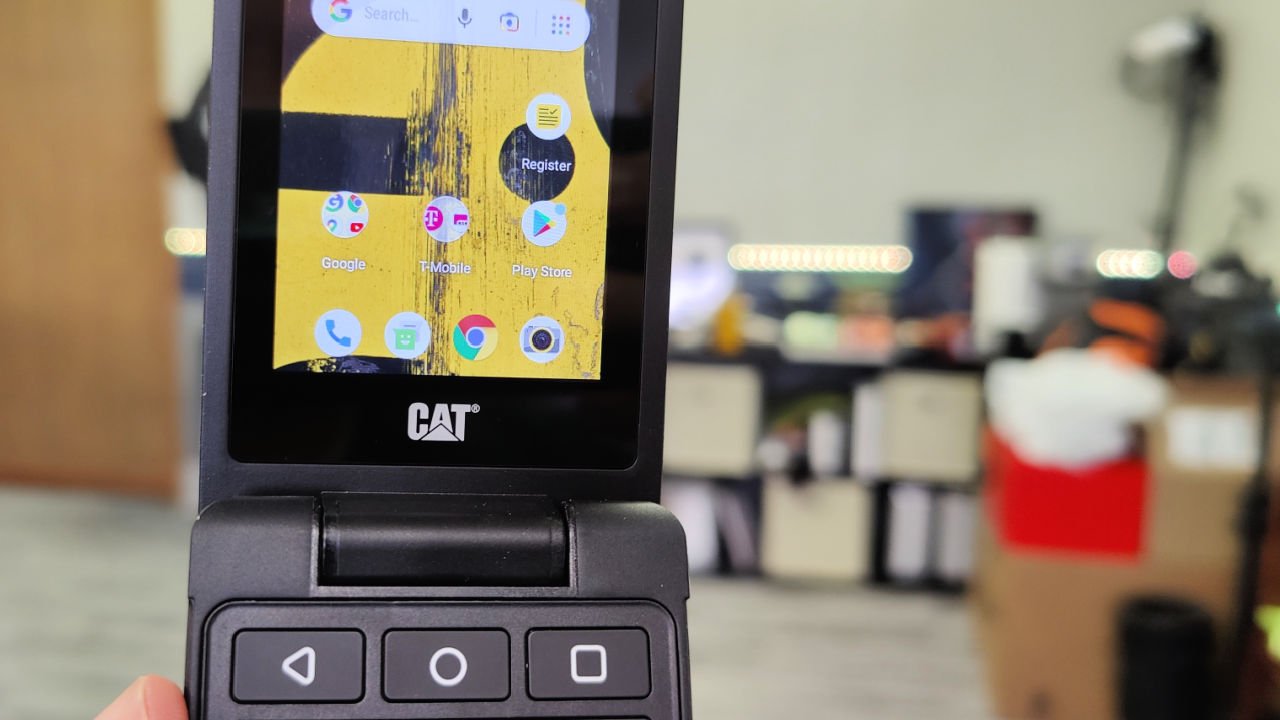 There is a dedicated button on the side for push-to-talk or whatever else you might want to program it to do. Maybe you want to access a calculator on the quick or perhaps you like a long-press to activate the camera.

Navigating the software and interacting with the phone is fairly intuitive. It takes but a few moments to understand that you can use both the directional pad and touch the screen itself to open apps, scroll, etc. It is a little aggravating and cumbersome to type out messages or enter websites, but there’s always voice-to-text, too.

The Go Edition version of apps are lightweight and familiar enough that you can use them without having to relearn anything. And as for the other titles, well, they work but you may feel a little constrained at first. Although the CAT S22 Flip has a limited target demographic, we can see this one doing really well for its users. It’s the right blend of smarts and capabilities in a form factor that’s very portable and built to take a beating.

Interaction might take a little bit of time before you feel like you can mindlessly use it and zip around, but it’s a worker’s phone through and through. That’s to say, it might only come out a few times per day for taking pictures of job sites, calling the boss, or checking messages. To that end, there’s no learning curve to worry about.

The 2000mAh battery sounds small but it is more than sufficient to get through a day’s worth of work and then some. Charge this one up on your way to work or on the way home and you won’t need to worry.

If your job requires that you get down and dirty or in situations where dust, dirt, and debris might be a concern, the last thing you want to do is pull out a fancy $1,000 flagship phone. Similarly, if you’re the head of fleet of workers who are prone to being rough on their equipment, you don’t want to invest a ton in their handsets. At $234, the CAT S22 Flip is the sort of device that that fills a small void but does it very well.

You can learn more about the phone at CAT’s website but to purchase it you will have to head to T-Mobile’s website. Qualified customers can purchase one for just $9.75 per month over two years.