Apple Watch Series 7 Reviews: Larger Displays and Faster Charging, Not Much Else Has Changed 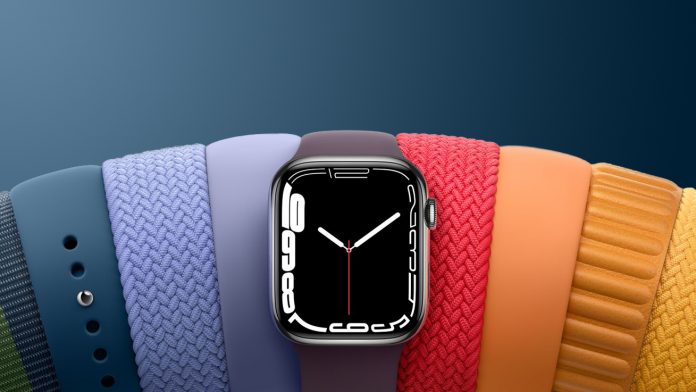 Apple Watch Series 7 models will begin arriving to customers and launch in stores this Friday, October 15, and ahead of time, reviews have now been shared by media outlets and YouTube channels. In addition to rounding up Apple Watch Series 7 video reviews and unboxings, we’ve highlighted some impressions from written reviews below.

Key features of the Apple Watch Series 7 include larger displays with 41mm and 45mm case sizes, enhanced durability with IP6X-rated dust resistance, and up to 33 percent faster charging with a USB-C fast charging cable included in the box. There are also new aluminum case color options, such as midnight, starlight, and green.

Here are some impressions of the Apple Watch Series 7’s key features:

The Verge’s Dieter Bohn said that while the Series 7’s larger display sizes are welcomed, it isn’t enough to justify an annual upgrade:

When Apple first made the screen bigger way back on the Apple Watch Series 4, I thought it made an appreciable difference in the experience and would even be worth upgrading for. Here, on the Series 7, I just think the screen is really nice and looks better, but isn’t enough to justify an upgrade.

The Verge has a well-produced video review as always:

TechCrunch’s Brian Heater agreed the larger Series 7 is not a radical departure compared to the Series 6, which came in 40mm and 44mm sizes:

It’s not a radical departure, generation over generation. And certainly something like 12% larger buttons on the calculator aren’t enough to sell anyone on an upgrade. The truth is that the nature of wearables generally prohibits designers from making too radical a design change because the product needs to fit on your body. The earliest smartwatches suffered from large designs that prohibited wearability among a wide swath of users.

[It] charges faster, and in about 10 minutes, I got close to 10 percent capacity. It reached almost 100 percent in under an hour with the new cable that Apple includes in the box. Meanwhile, the Apple Watch SE only got to about 60 percent in an hour.

Green is the standout new hue. It’s understated but still eye-catching and, more importantly, is a throwback to the great-looking ‘Midnight Green’ iPhone 11 colour from a few years ago.

CNET’s Lisa Eadicicco feels the Series 7 is an iterative upgrade over the Series 6:

To put it bluntly, the Series 7 doesn’t feel like the type of generational upgrade we’ve come to expect from Apple’s smartwatches in years past. But that’s not necessarily a snub against it.

The Series 7 feels more like a refined version of a watch we already love — the Series 6 — rather than a major upgrade. And since it’s the same price as its predecessor, the Series 7 is a promising option for first-time Apple Watch buyers or those upgrading from an older watch.

If you have one of those older Apple Watches, I don’t think there’s anything here that should compel an upgrade. All the new features are very nice but not necessary. If there is something that’s bothering you about your current watch, then by all means go for it if you can afford it. Also, while the Series 3 is still kicking around for cheap, I don’t think it’s a great buy anymore. The Apple Watch SE is a better value.