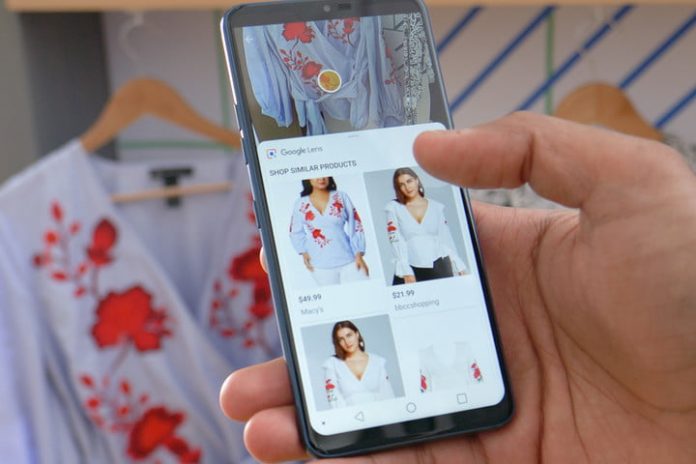 Google announced at its Search On event on Wednesday that it’s bringing the smartphone functionality of its Google Lens to the desktop version of Chrome. Lens is an app that helps identify objects, and it’s installed by default in many Android phones.

At some point in “the coming months,” Chrome will receive an update to incorporate Lens-style searching into Chrome. Instead of the old highlight, then right-click, then “search Google for” three-step process, you can search a webpage directly with Lens.

In addition to cutting out a couple of the typical steps, this also lets you search Google directly for highlighted content, such as photos or drawings. If you’ve ever tried to finesse the arcane results that you sometimes get from “search Google for image” on desktop, the new Lens functionality could theoretically do that job faster and more accurately. It should also let you search images directly from a video file, in case you really need to find out how much Lil Nas X’s outfits cost.

While this is obviously a boon for overall search engine utility on desktop, Google’s main goal appears to be e-commerce. Much of the thrust of its presentation revolved around the utility of the new Lens app as it relates to shopping. Rather than having to look around for a product name, label, or bar code, Lens should be able to bring you to an identical or a similar product’s page just from the image itself.

Google Shopping has also received two other updates, which let you pull up a list of assorted products from a generic search term on mobile, i.e. cropped jackets, an remotely check in-store inventory directly from a Google search result.

One would assume the latter service is dependent upon the cooperation of the stores in question. On the other hand, it wouldn’t be the first time we’ve found a store where Google had a better idea of what they had in the storeroom than the clerks did.

Google also announced at Search On that it intends to bring an A.I. model called MUM (Multitask Unified Model) to the mobile version of Google Lens. With MUM, you’ll be able to ask Google questions about whatever you’re looking at, or about photos you’ve just taken. The example Google used was having MUM find you a pair of socks that matched a shirt with a specific pattern.

So now, it appears that Google is trying to make your actual mother, and all her well-meaning fashion advice, obsolete. That’s going to be nice and awkward during the holidays.

Google Lens was launched four years ago as of this coming Monday. An evolution of the functionality built into Google Goggles, the Lens exists as both an integrated feature of Google Assistant and the camera apps, and a stand-alone app on the Google Play Store.