HomeReviewsDoogee S96 Pro review: This thing is a tank
Reviews

Doogee S96 Pro review: This thing is a tank 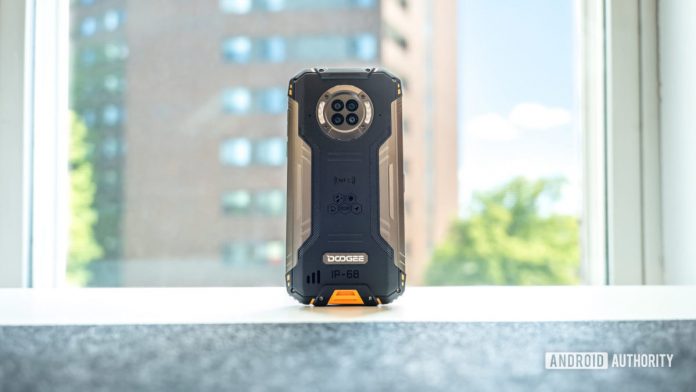 Mainstream smartphones aren’t necessarily built to last. That shiny piece of glass and metal probably won’t withstand harsh environmental conditions. So then, what will? That’s where rugged smartphones come into play. The Doogee S96 Pro provides a durable experience at an affordable price. The question is, will it hold up in the day-to-day? Find out in Android Authority’s Doogee S96 Pro review.

What you need to know about the Doogee S96 Pro

Priced at just shy of $400, the Doogee S96 Pro sits in the middle of the pack when it comes to rugged Android phones. Shipping in only one option — 8GB of RAM with 128GB of storage, expandable up to 256GB via microSD card — the S96 Pro definitely provides a considerable amount of storage headroom. The phone is available in two colors: Fire Red and Mineral Black. The device we tested arrived running Android 10 with Doogee’s custom skin on top. Unfortunately, there is no update to Android 11 for this device, although the device did receive a March 5, 2021, Android security patch during our time with it.

In terms of other specs, the Doogee S96 Pro is running the MediaTek Helio G90, has a huge 6,350mAh battery, and a 6.22-inch 720p display. The bottom sees a 3.5mm headphone jack and a USB-C port. On the back, there is a single firing mono speaker that gets quite loud, and there’s even a side-mounted fingerprint sensor as well. Lastly, Doogee included a smart-key on the left side that can be re-mapped for a variety of different apps or functions, such as the underwater camera.

In the box, you get a USB-C charger, a plastic pry tool for the watertight SIM card slot, two screen protectors, a wrist strap, and some very Apple-like headphones. 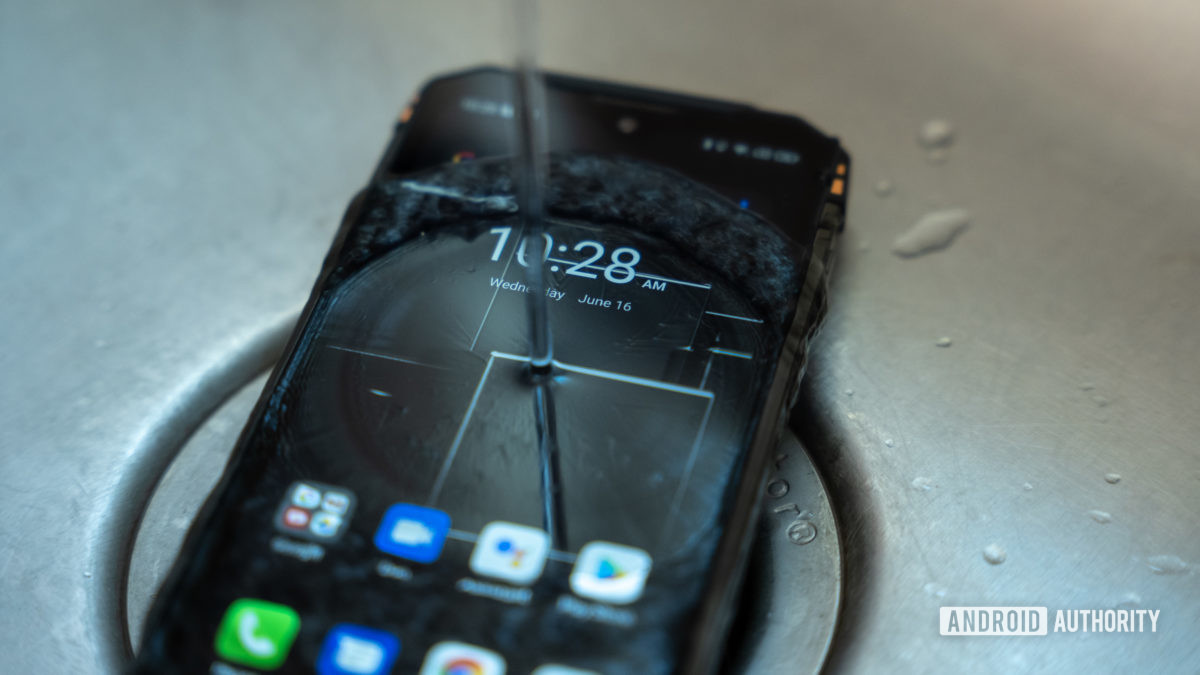 The S96 Pro is built like an absolute tank. The device is IP68 and IP69K waterproof and dust resistant, and it ships with a MIL-STD-810G certification for drop protection. The latter isn’t the latest MIL-STD-810H rating offered by some rugged phones, but it is protected for shock, vibration, heat, cold, humidity, and more. Plus, the metal and rubber build means this phone can pretty much take anything. I threw it a few times, ran it under high pressured water, and even dropped it, and it came away unscathed. Doogee packaged the S96 Pro with Gorilla Glass 5 which should ensure some confidence if you were to drop the phone face down.

The Doogee S96 Pro is built like an absolute tank.

Of course, if you’re considering a rugged device it’s more than likely for its durability, although you may be pleasantly surprised that some unusual features come with this title as well. The Doogee S96 Pro ships with a 20MP IR night vision camera, and it works. We have seen night vision cameras in other phones such as the pricier Ulefone Armor 11, but the Doogee S96 Pro performs far better and produces some sharp and accurate images. Unfortunately, the camera can only take night vision images, not video.

All of these features don’t matter if the device doesn’t last through a full day. Thankfully, the gargantuan 6,350mAh battery included in the S96 Pro means the device lasts easily through two. In my testing, which consisted of heavy social media usage, light photography, and some gaming, the device averaged about eight to nine hours of screen-on time. Unsurprisingly, the standby battery performance on this device is stellar, with the device seeing on average less than 1% drain per hour. Powering up the phone from zero to 100% took about 90 minutes, which is surprisingly fast for this type of device. The S96 Pro also supports wireless charging up to 10W which is something you don’t typically see in rugged phones.

Performance on the S96 Pro is comparable to other rugged devices on the market. It ships with the Mediatek G90, which is an older generation middle-of-the-road budget chipset that compares to the Snapdragon 730 found in the Google Pixel 4a. The device also ships with 8GB of RAM which is higher than most other rugged offerings, so you’ll be able to run more apps at once without noticing any slowdown. 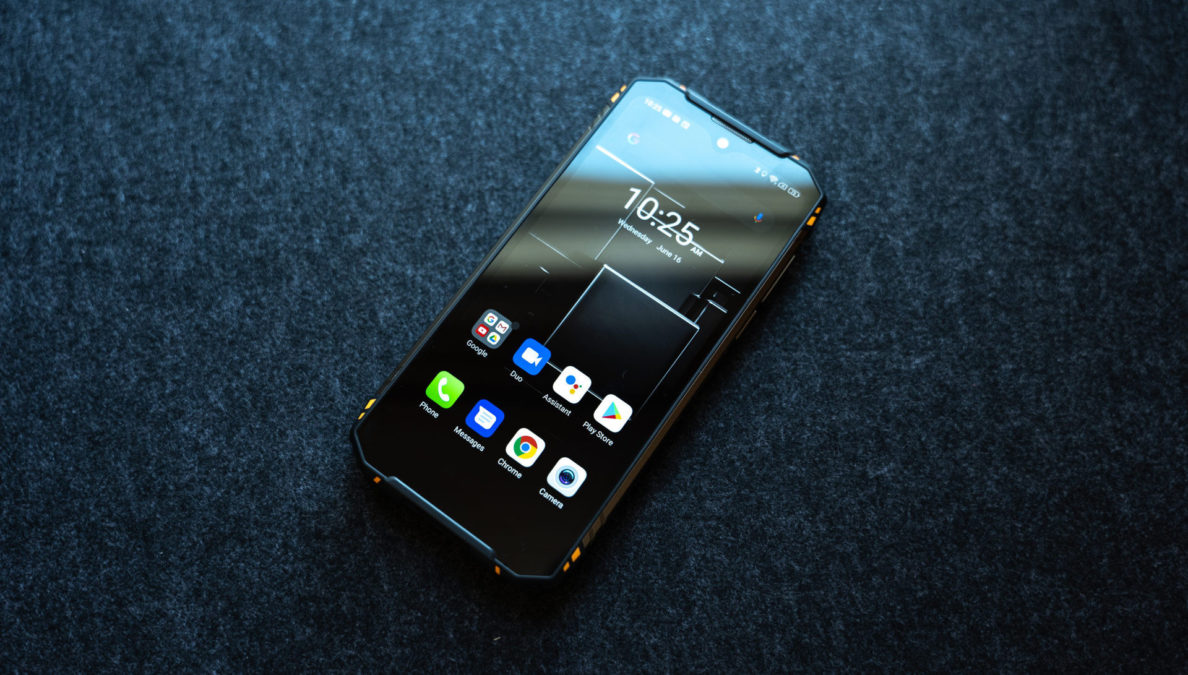 Even with the stellar battery life and cool IR night vision camera, the rest of the experience has some quality control problems. While 720p displays are very common amongst rugged devices, my particular unit had some issues. I found the color accuracy pretty bad, and the contrast was a little washed out. Also, I should mention that my particular unit shipped with two dead pixels, which doesn’t make a great case for the quality control of these panels.

Unfortunately, the Doogee S96 Pro has some quality control issues.

The camera system on the Doogee S96 Pro performed as to be expected for a rugged device, however, I did run into an issue worth mentioning. I’m not sure if it was the camera app or the display, but the phone kept taking continuous images when I would tap the shutter button once. It didn’t happen every time, but often enough to make it annoying. If you work in an environment that relies on taking images quickly, this could be a problem.

You can find high res versions of the camera samples here.

Doogee S96 Pro review: Should I buy it? 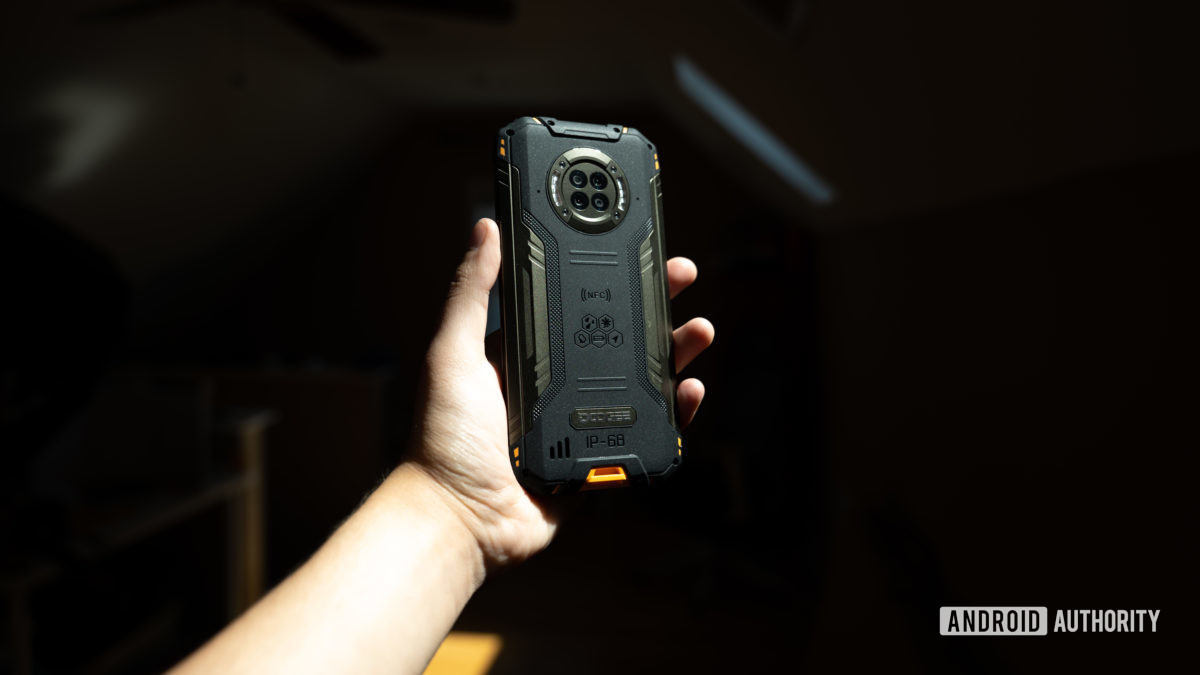 Priced at $389 it’s hard not to like the Doogee S96 Pro. Somewhat impressively it packs a great value proposition when compared to pricier competitors such as the Ulefone Armor 11 ($580) and the Samsung Galaxy XCover Pro ($499). Both of those devices are more expensive and are not nearly as durable as the S96 Pro. Not every phone is going to stand the test of time, let alone harsh environmental conditions, but the S96 Pro is one of the few devices that just might because of its rubber and metal build. In addition to this, the inclusion of a sharp night vision camera could be useful for buyers who work in more dimly lit environments. And the stellar battery life means that those who stay away from their charger for long periods won’t have difficulty with the device lasting multiple days.

Budget-conscious buyers who work in tough environments and need their phone to last should seriously consider the Doogee S96 Pro.

The quality control display issue and camera bugs might make the device a bit of a gamble for some. But for those who are budget conscious, work in tough environments, and need their device to last, the Doogee S96 Pro packs some seriously powerful punches. If you’re looking for other top-tier rugged phones then also be sure to check out the Unihertz Atom XL ($329) and the Cat S62 Pro ($649).

It is worth noting that this phone’s successor — the Doogee S97 Pro — will be released on Amazon in late September 2021. It features an even larger battery and a more powerful processor. We’ll be testing the phone soon to deliver our verdict, but the Doogee S96 Pro is still a great buy even today.

The Doogee S96 Pro provides a durable and rugged design combined with a 20MP night vision camera and a large 6,350mAh battery.

Doogee S96 Pro review: This thing is a tank