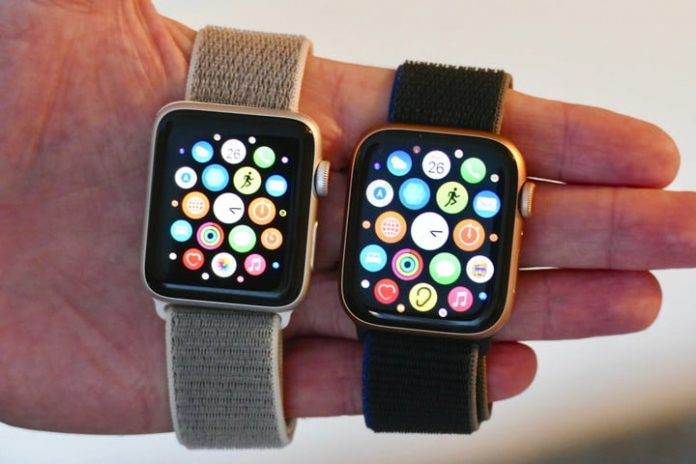 After Apple announced the long-awaited Apple Watch Series 7, you may have found your eyes, and especially your wallet, drawn to the idea of the Apple Watch Series 3 dropping its price to a downright affordable $199. While it won’t have any of the features of the Series 7, like upgraded specs, improved battery life, a fancy new design, and a plethora of new features, it’ll come in at $200 less, compared to the $399 Series 7. This may sound like a deal on its face. But we advise against falling for this ruse.

A design that hasn’t aged well

First, put this timeline into perspective. Apple released the Series 3 in September 2017. The design back then didn’t put it out of step with other smartwatches on the market. At release, we even praised it in our review as a “joy to use” and the “best smartwatch you can buy.” That was true then, but in 2021 the design has started to show its age.

Like seriously, don't buy the Series 3 (left). Not only have people had trouble updating it to both watchOS 7 and watchOS 8, but there's also no point in living with bezels like that 2021. Not when you look at the Series 6 and 7. Don't do this to yourself. pic.twitter.com/YXk5s2zsJ4

Just as the above tweet points out, it’s also pretty clear that you get less screen real estate which impacts how pleasant it is to run apps, keep track of notifications, and use the watch in general. The screen is also a standard Retina OLED rather than the LTPO OLED that you’ll get on newer Apple Watch models, meaning it doesn’t vary refresh rate to preserve battery life.

The specs don’t measure up

Forget the Series 7, when Apple released the Apple Watch Series 4 it had a two-fold speed increase over the Watch 3. The Series 7 uses the same processor as the Series 6, but the gap between the two devices is still wide. This doesn’t just impact performance, it also impacts how easily you’ll be able to run WatchOS 8, with reports already coming out about the Series 3 requiring a full wipe before updating to WatchOS 7.4.1, let alone WatchOS 8.

The Apple Watch Series 3 continues to exist in the lineup as a budget alternative to the latest models, but it doesn’t offer enough to fill that role. It’s a heavily compromised device in both design and hardware, and it’s only $79 cheaper than the Apple Watch SE which makes improvements across the board and should still easily support WatchOS 8. From the compass to improved cellular connectivity capabilities to the ECG tracking, you would do yourself a disservice by investing in this “budget” option. In every way, the Apple Watch SE will give you a better experience.