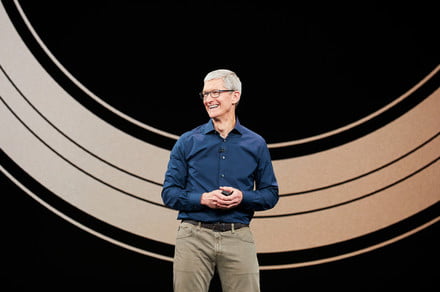 Apple may be holding multiple events in September to launch its new products, according to a new report attributed to DigiTimes. The report, spotted by MacRumors, would be a departure from Apple’s tendency to either combine its launch events into one or break them up over an extended period of time.

Apple this fall is expected to launch a slew of new devices including the iPhone 13 family, the iPad Mini 6, a new 9th-generation iPad, the Apple Watch Series 7, new AirPods, and new MacBooks. While Apple has yet to confirm a date, an earlier report from a Wedbush analyst stated that Apple would be holding an event on September 4 to launch its new iPhone. This report from DigiTimes appears to clarify that multiple such events can be expected over the month. One such event would be focused on the 9th-generation iPad, which is expected to be a thinner and lighter model with a more powerful processor than last year’s version. It would presumably be paired with the iPad Mini 6 and aimed at a back-to-school audience.

Holding multiple events in the same month seems like a logistical headache for Apple. In 2019, it launched the new iPhone, Apple Watch, and iPad at the same event. But in 2020, it held three separate events separated by a month to introduce new iPads, iPhones, and Macs. A combined event allows Apple’s weaker products to be supported by the press generated by its stronger ones, while events separated by a month allow the press cycle to run its course.

It is not impossible for this DigiTimes report to be accurate; it just seems unlikely given past precedent and practicality concerns. On the other hand, it is also possible for Apple to launch some of its smaller products via a press release, with the iPhone 13 line being the only Apple products to actually get a full press briefing.

With September around the corner, there’s not a lot of time to wait before we see if Apple is really considering a month full of Apple events or sticking the more sensible approaches it has tried in the past.