Not too long ago I reviewed the Lepow 15.6-inch portable monitor and found it to be a very capable secondary display for work and play. However, if you’re looking for something a little smaller the 14-inch model from Lepow might be what you’re needing.

Not only does it offer a 1080p display in a more compact size, but it’s also made some improvements to the stand and I/O on the monitor.

The Lepow 14-inch Portable Monitor features a 14-inch 1080p 60Hz IPS display with slim bezels around all sides except for the bottom. One of the biggest differences between the 15.6-inch model and this one, besides the size, is the port arrangement.

The 15.6-inch model had all of the ports and controls on the sides of the display which could look messy and make it difficult to have both monitors side by side. It also made it nearly impossible to stand it up in portrait mode.

Lepow’s 14-inch model fixes this by putting the ports and controls on the back but at the cost of making it slightly heavier and thicker than the 15.6-inch model. It also now features a permanently attached case that acts as a stand in either landscape or portrait mode.

When it comes to the I/O and controls, the Lepow 14-inch Portable Monitor includes a USB-C port dedicated to power, a USB-C port capable of power and audio/visual signals, a 3.5mm headphone jack, a mini HDMI port, and a toggle switch to adjust settings. Additionally, there is a dedicated power button to turn it on and off.

How well does it work?

The Lepow 14-inch Portable Monitor provides two different ways to connect to it, by either using HDMI or USB-C. This makes it compatible with the majority of devices out there, such as a computer, phone, or game console. 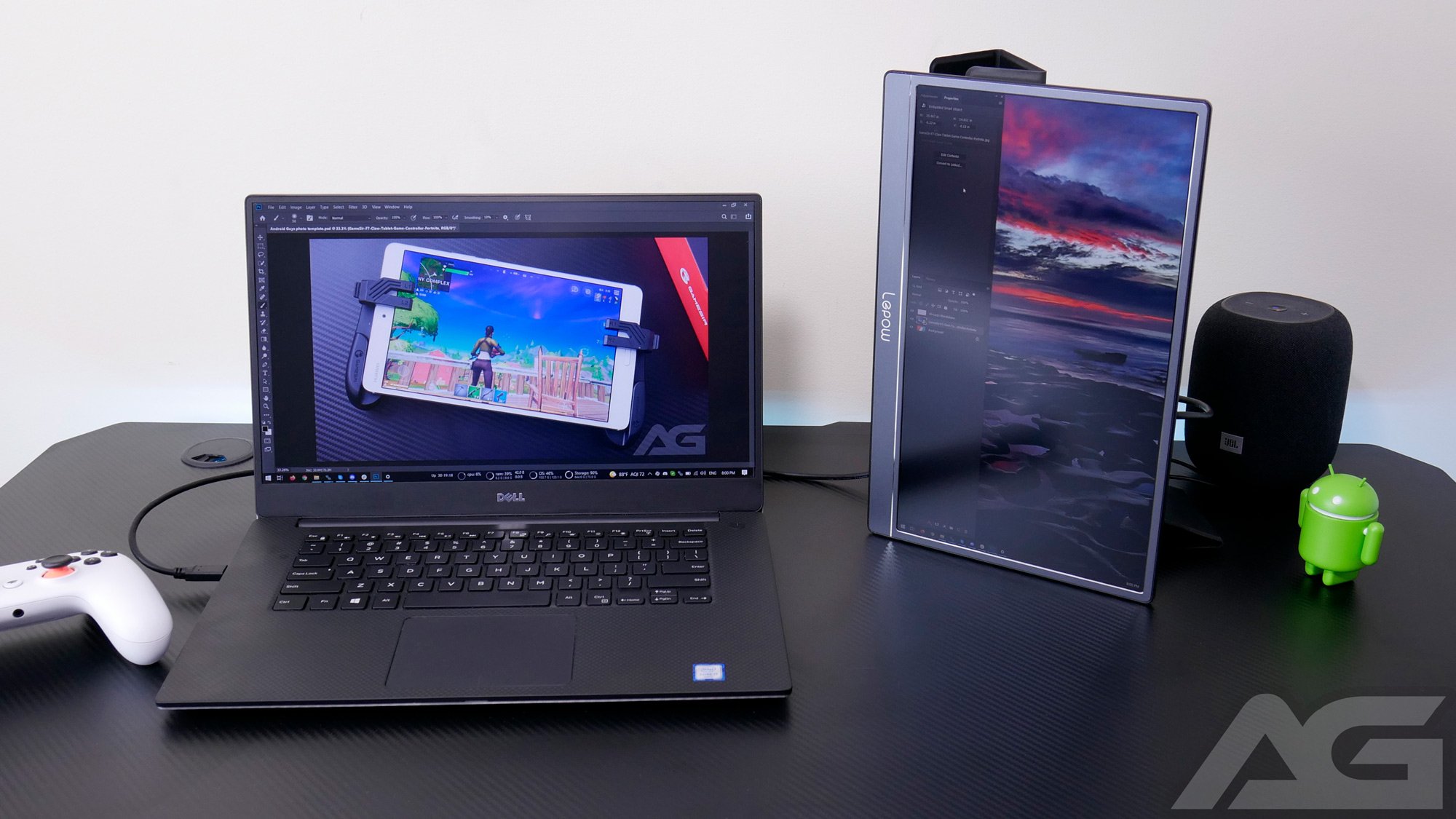 And thankfully, Lepow includes an HDMI to mini HDMI cable, USB-C to USB-C cable, and a charging brick with USB-A to USB-C cable in the box. That should be everything you need to hook it up to a variety of devices.

During my time with the Lepow 14-inch Portable Monitor, I used it with my laptop, Nintendo Switch, and Samsung Galaxy S20 FE. Each device worked fine with the monitor, just remember that you’re going to need to use a separate power source with anything other than your computer. 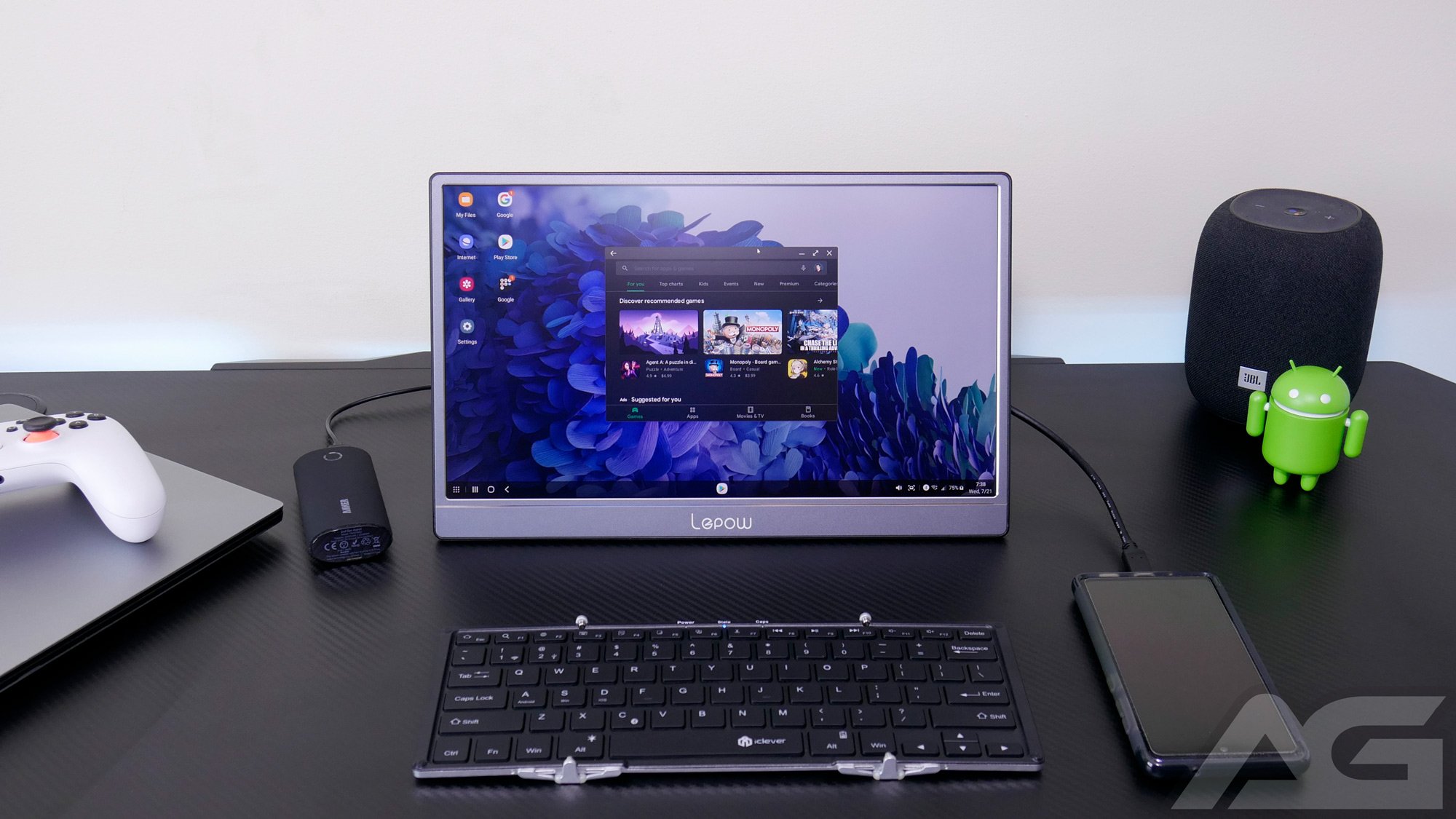 In my case, I tried it with the included charging brick, as well as a power bank, which makes it even more portable when on the go.

Just a heads up, when connecting to your computer the audio will default to playing out of the Lepow’s speakers. This can be changed using the audio settings on your computer to swap the source.

The 14-inch Portable Monitor from Lepow has a great picture. It has adequate brightness for indoor use, vibrant colors, and offers wide viewing angles. It also gives you plenty of options for changing brightness, contrast, and color. Although, I wouldn’t count on it for design work if you’re looking for something color accurate.

Instead, the Lepow 14-inch Portable Monitor excels at being a secondary monitor to place toolbars when editing, monitoring emails, writing, or watching videos. 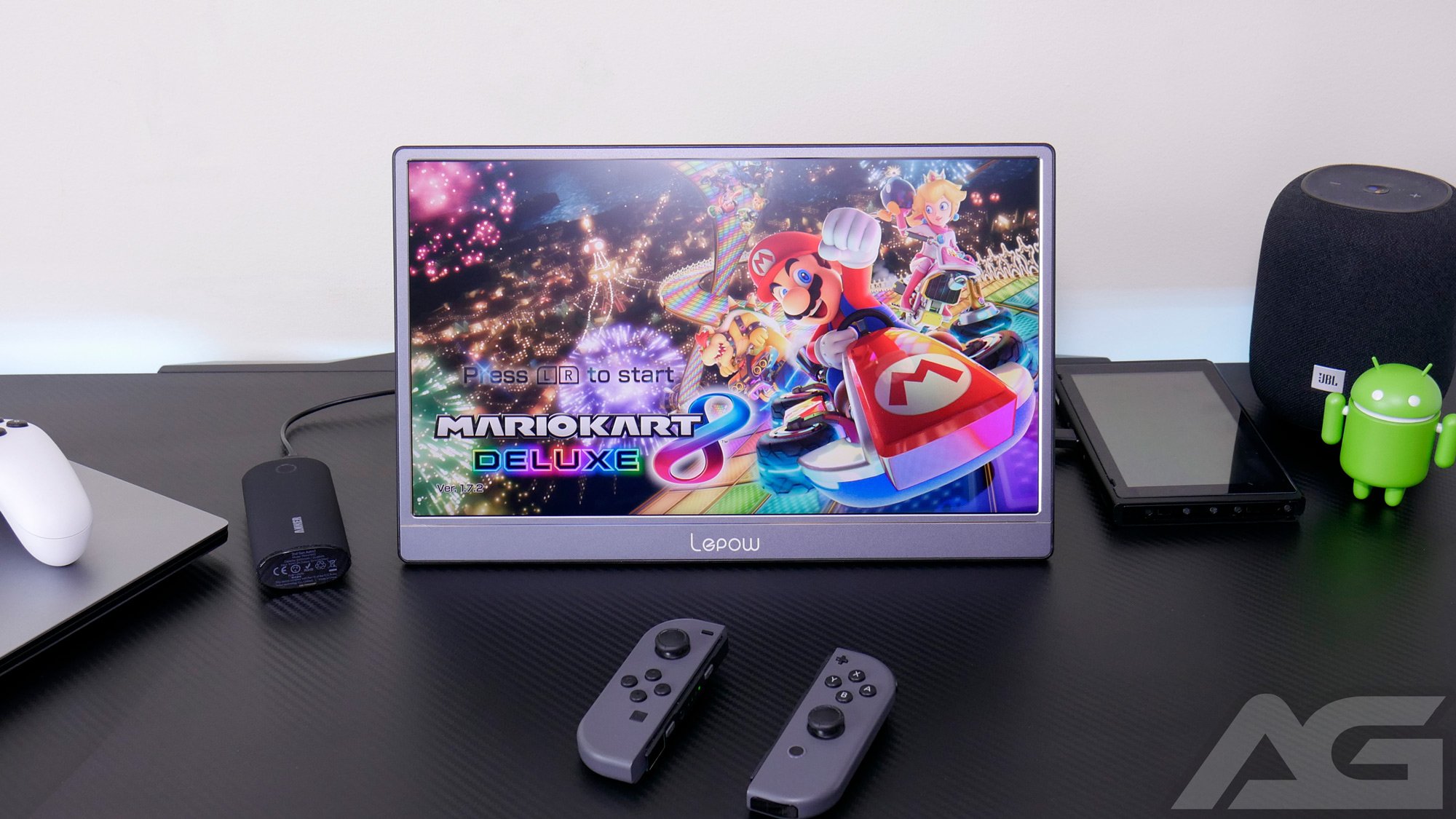 Whether you’re in the market for a secondary monitor to help with work or have some fun, the Lepow 14-inch Portable Monitor is a winner. It is fantastic for freeing up your primary monitor when doing design work, catching up on some shows while working, or gaming on the go.

My only criticism would be that the weight and thickness make this version feel slightly less portable than the 15.6-inch model I previously reviewed. However, I typically only use it in a couple of areas around the house so that’s not such a big deal to me.

Facebook
Twitter
Pinterest
WhatsApp
Previous articleI used an iPhone for two weeks and I’m going back to an Android phone
Next articleBeat the summer heat with these cool deals on apps, software, and gadgets
- Advertisment -