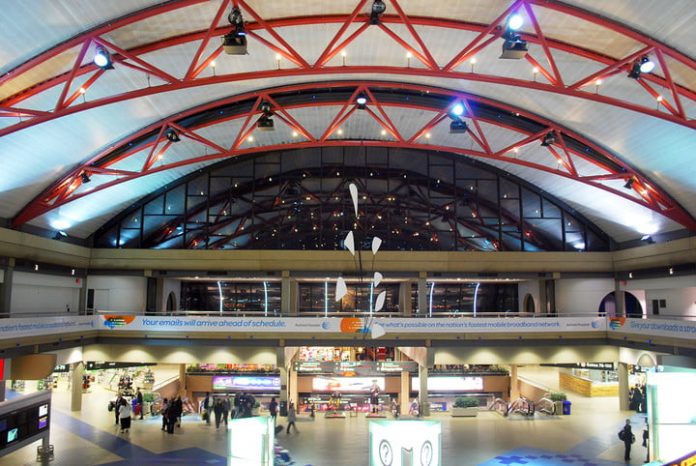 Hunting for sketchy and unreliable airport Wi-Fi could soon become a thing of the past as AT&T has partnered with Boingo Wireless to deploy 5G+ at major airports nationwide. A total of 12 of the largest airports will be getting the service including John F. Kennedy and LaGuardia in New York City, and O’Hare and Midway in Chicago. Seven airports will get 5G+ in 2021, and AT&T aspires to connect a total of 25 by the end of 2022.

Boingo is one of the largest operators of airport Wi-Fi and DAS networks in the U.S., and undoubtedly a name you’ve seen if you’ve ever checked your Wi-Fi list at an airport. “As travel picks up, we’re excited to invest in combining the power of AT&T 5G+ with Boingo Wireless’ infrastructure expertise to provide faster connectivity for both travelers and the businesses and people that are critical to running airports across the U.S,” said Mo Katibeh, who leads AT&T’s Network Infrastructure and Build.

Kellyn Smith Kenny, chief marketing and growth officer of AT&T Communications spoke to Digital Trends about the rollout of 5G+ to airports, pointing out that it’s particularly timely as the pandemic eases and travel increases. “There’s a massive resurgence of leisure travel,” she said, “and airports are a critical, untapped area [when it comes to connectivity].” She noted that 24 million people were recently screened by the TSA, surpassing pre-pandemic numbers and that mmWave 5G was designed to excel in heavily congested areas like stadiums, airports, concerts, and other crowded centers.

The 5G+ service will be available for AT&T customers, and it will cover major gates and concession spaces. Kenny envisions travelers being able to use 5G+ for lag-free teleconferencing, streaming, and downloading shows with “no latency, no disruption, and seamless connectivity.” AT&T anticipates 250 million people have access to C-band by the end of 2023. Boingo CEO Mike Finely also sees it being valuable for airport employees and businesses. “5G’s speed and capacity enable airports to transform business operations for greater cost savings and efficiencies,” he said.

After the initial rollout, AT&T plans to bring 5G+ to Dallas Love Field Airport, Los Angeles Airport, and Denver International Airport in the coming months. The company is also collaborating with Delta Airlines to provide 19,000 flight attendants with iPhone 12s, allowing them to use AT&T’s 5G network. These announcements come after AT&T making changes to its unlimited plan to remove throttling and improved the daily rates of its International Day Pass.

Facebook
Twitter
Pinterest
WhatsApp
Previous articleReady to upgrade your mesh Wi-Fi? These are some of the best options.
Next articleSamsung’s Galaxy Watch 4 Classic and Active leak on Amazon
- Advertisment -