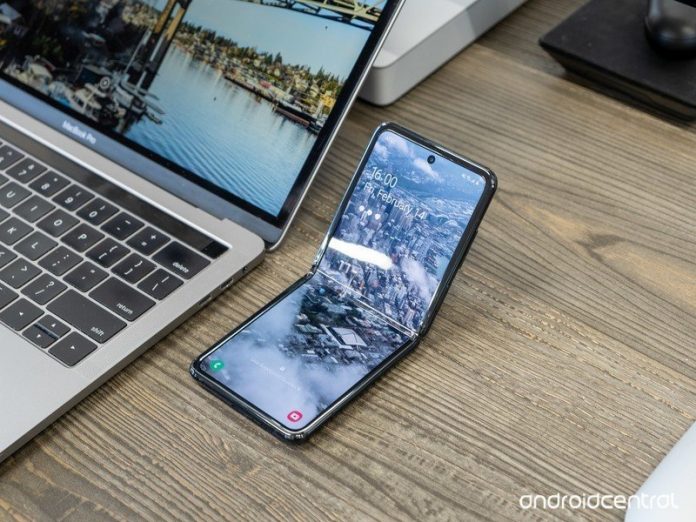 Don’t flip out, but there’s a new Z Flip on the way. 2019 was the breakout year for folding phones, with devices like the Galaxy Fold and Huawei Mate X coming to market. But these were insanely expensive luxury items that only rich Android nerds would ever buy. Arguably, it was the 2020 Galaxy Z Flip that first solved the foldable formula — it cost considerably less than the Fold and was more widely available at carriers.

It was later followed by a 5G version with an upgraded processor, but since then we’ve heard very little about the Samsung Galaxy Z Flip 2. Instead, we got the Galaxy Z Fold 2, another opulent foldable that genuinely blew us away with its upgraded hinge, superpowered specs, and (unfortunately) budget-destroying price.

Samsung has some major plans brewing for its 2021 Galaxy devices, including (allegedly) a Galaxy Z Fold 3, but this foldable will probably be just as absurdly pricey as its predecessors. For a new foldable phone that regular folks can afford but that will still sport the latest specs and tech, the Samsung Galaxy Z Flip 2 definitely fits the bill, and we’re closely watching the latest specs, leaks, and rumors all about it. Including the rumor that it may actually be called the Galaxy Z Flip 3!

Even though we’re expecting the Galaxy Z Flip 2 in the coming months, that doesn’t mean the original Flip should be ignored. In fact, it’s still one heck of a purchase that we’re happy to recommend. The Z Flip is one of the most unique phones you can buy in 2021, and when you pair that with great specs and software, it becomes a super enticing purchase. 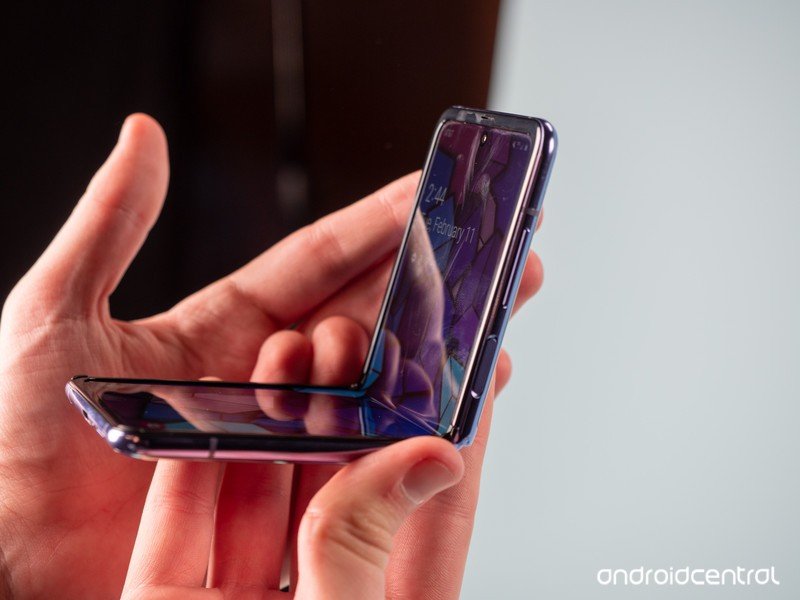 Perhaps the biggest question regarding the Galaxy Z Flip 2 is “when can I buy it?” While Samsung has yet to confirm anything, we have a pretty strong suspicion (though no confirmation) that the latest Samsung foldables will be announced and shipped this summer.

The original Z Flip was unveiled on February 11, 2020, at one of Samsung’s Unpacked events — right alongside the Galaxy S20. Following that initial unveiling, the phone went on sale just a few days later on February 14.

We originally expected Samsung to follow an annual release schedule for its new foldable. But Samsung complicated matters when it released the Galaxy Z Flip 5G in August 2020, which had an upgraded Snapdragon processor and 5G speeds but otherwise had the same specs. We weren’t sure if Samsung considered this version the Z Flip 2 or just an incremental update, and how it would affect future releases.

Then, after no new foldables were announced at the 2021 Unpacked show, we heard from Samsung leaker Ice Universe in February that “We may have to wait 5 months to see Flip 3 and Fold 3.” This suggested that (A) the new Z Flip could theoretically arrive in July 2021 and (B) Samsung could label it as the “third” edition, with the 5G version as the actual “Z Flip 2”.

Based on this prediction, plus a claim from SamMobile that the new Z Flip would run off of One UI 3.5, you shouldn’t expect to see the Galaxy Z Flip 2 (or 3) until the second half of 2021, potentially in July or at the Galaxy Unpacked event in August. 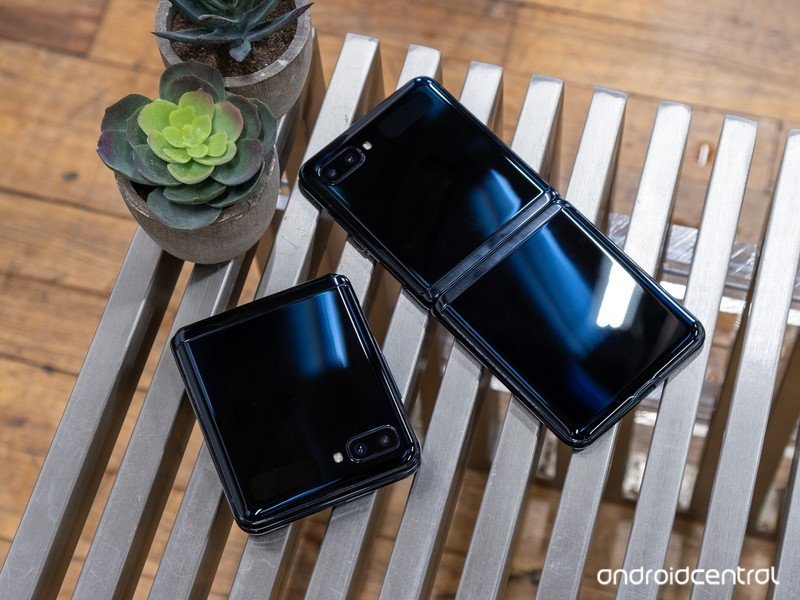 Folding phones are far from cheap to make, as evident by the price tags for the Galaxy Folds and Z Flip. The Galaxy Fold caused some jaws to drop when it debuted for a cool $1,980, and its successor hit stores at a similar two grand. For comparison, the Z Flip launched at a still-exorbitant $1,450, and only recently dropped down to $1,200.

Based on the rumors, the new Z Flip and Z Fold should be announced and launch around the same time. So Samsung could take advantage of that and make the Galaxy Z Flip 2 look “cheap” by comparison to the Z Fold 3 — which will likely cost $2,000 just like its predecessors.

Whether it’s called the Galaxy Z Flip 2 or Galaxy Z Flip 3, it will reportedly have an upgraded outside screen, hinge, battery, and cameras, but this probably won’t translate into a much higher price than before. We expect that the base Z Flip 2 won’t cost more than $1,500. In fact, DSCC predicts that the next Z Flip and Samsung’s other foldables will “hit the lowest price points yet” in 2021. That suggests it could launch in the $1,300-and-under range. 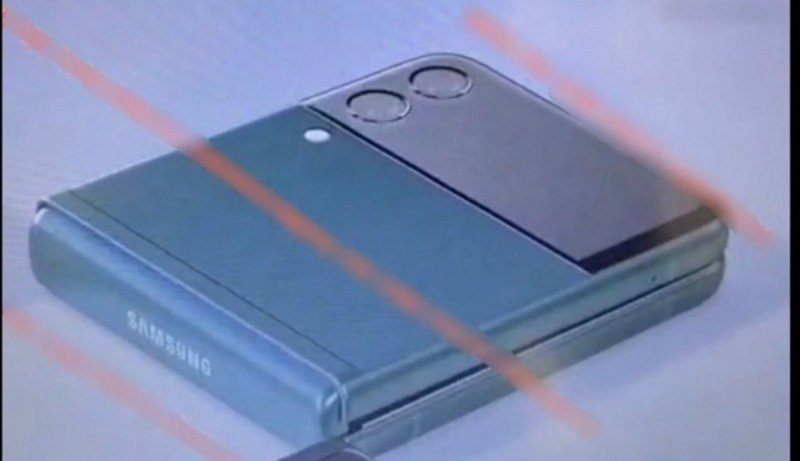 A leak of alleged promotional material from Twitter tipster @TheGalox_ finally gave us a look at the design of the upcoming Z Flip 2. Overall, it seems that the foldable device retains a similar size and form factor to that of the original Z Flip. Noticeably, the external screen is much larger than its predecessor which will enable a lot more functionality out of it. This was a big issue with the previous Z Flip as the miniature display was essentially unusable thanks to its tiny size. 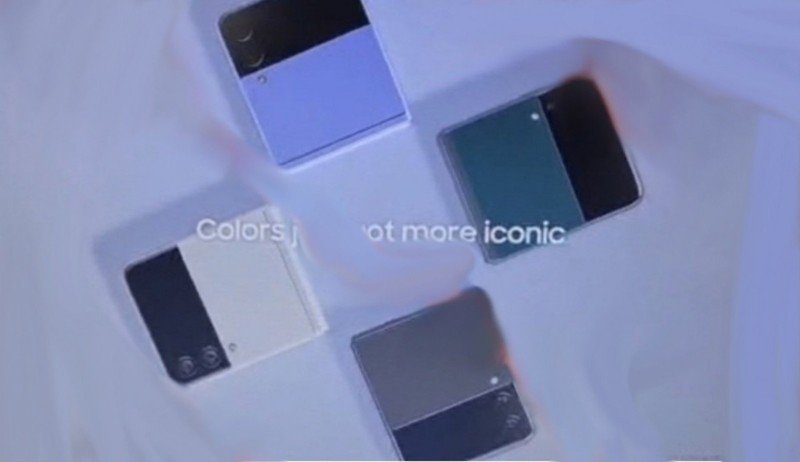 Another big change that is evident is the side placement of the cameras on the Z Flip 2’s cover display. Gone are the horizontally aligned lenses, replaced with dual cameras and a flashlight neatly arranged vertically. This was probably done to make room for more screen usage — a much-needed improvement. The cameras are expected to be two 12MP lenses.

The Z Flip 2 appears to have a metal body and seems to be somewhat thicker than its older sibling. The leaked pictures show the latest Z Flip phone from Samsung in four shades: White, Green, Purple, and Beige. According to the leakster, the folding device features Gorilla Glass Victus protection, promising a more durable build quality. There’s also a report suggesting the Galaxy Z Flip 2 has an IP rating, making it the first water resistant foldable phone. 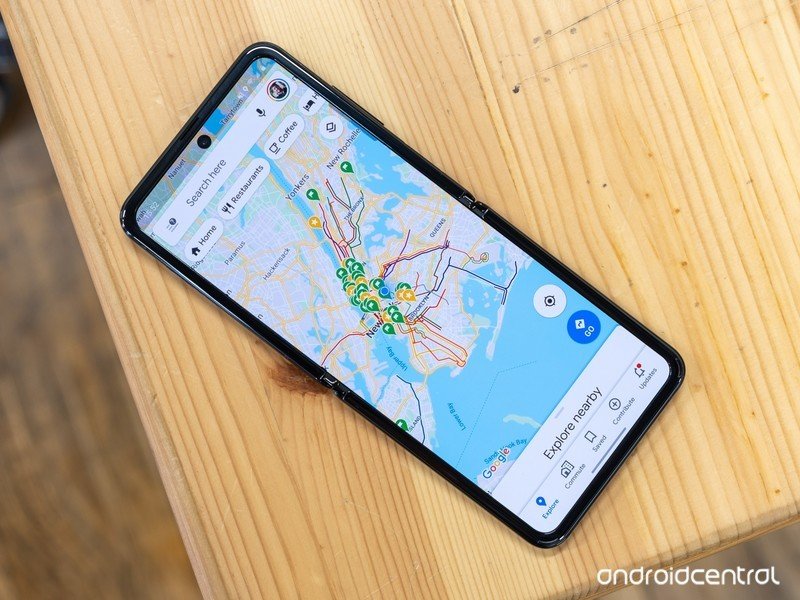 So far, Galaxy Z Flip 2 leaks have confirmed better 12MP dual cameras and suggest an upgraded front camera, a larger battery, an upgraded UTG display with potential S Pen support, a 120Hz refresh rate (according to leaker IceUniverse), and up to 256GB of storage (via SamMobile). GalaxyClub also speculates that we could see both 5G and 4G/LTE variants of the Galaxy Z Flip 3. However, all of these specs are mere speculation until we hear more from Samsung.

A big question is which Qualcomm Snapdragon chipset the Galaxy Z Flip 2 will use. The Snapdragon 888 is the latest available, and we fully expect the Z Fold 3 to contain it. Until whispers of the rumored SM8450 chipset morph into something more concrete, it is safe to say that the Flip Z 2 will be probably powered by the SD 888 chip. But if the Z Flip 2 is supposed to be a bargain-priced foldable, then we could very well see a slight downgrade in computing power. 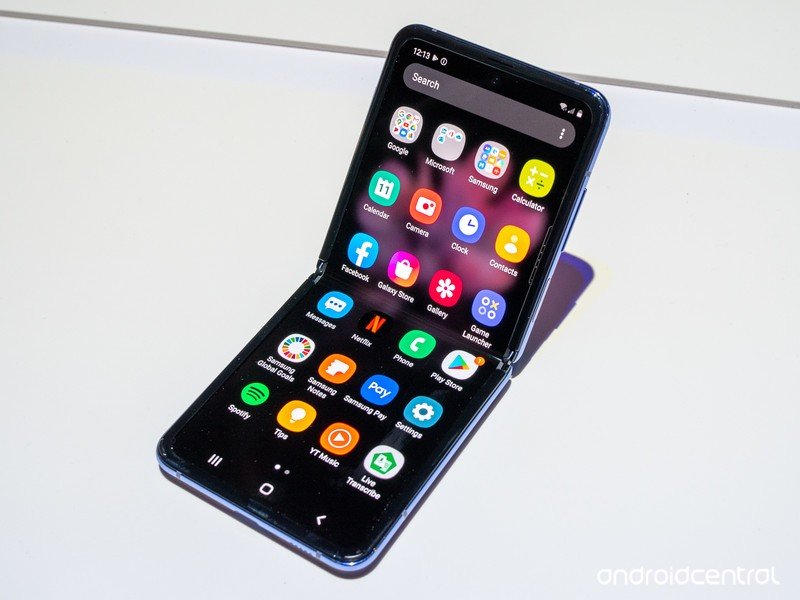 Will the Galaxy Z Flip 2 be 5G-enabled?

All the rumors and information available so far make no mention of what lies under the hood of the upcoming foldable phone. Based on the fact that the Galaxy Z Flip 2 is going to be a luxury product with a steep price tag, we’re placing our bets on the latest and greatest silicon from Qualcomm. Currently, the chipset maker’s top-of-the-line SoC is the Snapdragon 888 which has 5G support. Even if Samsung decides to opt for a cheaper chip, it is probably going to support 5G. In that scenario, something like the SD 865+ 5G chip is probable.

Another possibility is the existence of two separate models, a 4G version and a 5G version like the preceding model. Either way, it’s almost a given fact that the Z Flip 2 will be 5G-enabled, or at least a 5G version will be available.

The original Galaxy Z Flip is unique but pricey 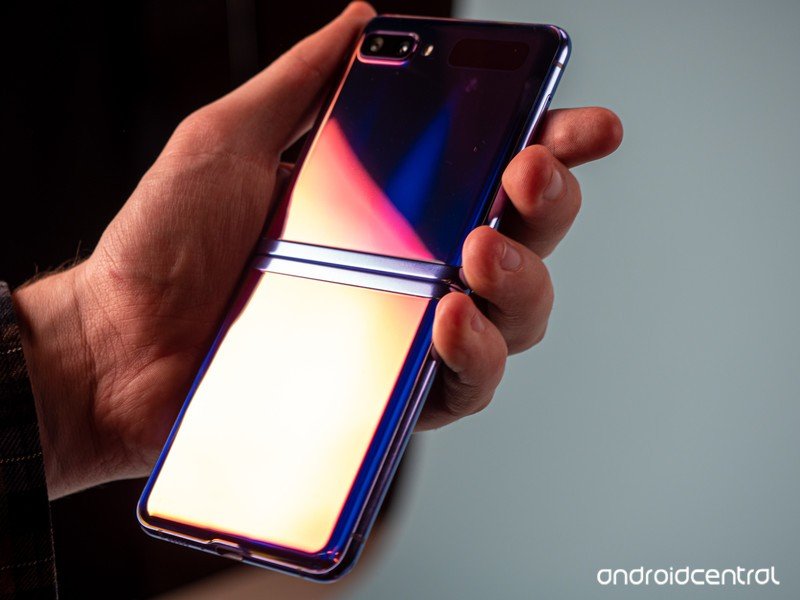 There’s no doubt that the Galaxy Z Flip 2, or Galaxy Z Flip 3, will be an incredible piece of tech; but the fact of the matter is that we still have a while to wait before it comes out. As such, if you’d like to purchase the best foldable phone right now, your choice solely comes down to the Samsung Galaxy Z Fold 2 vs. Galaxy Z Flip 5G.

The Galaxy Z Fold 2 is several months newer, has a more useful cover screen and a larger 120Hz inner screen that’s practically tablet-sized when unfolded. But it’s still just as expensive as a fully-specced laptop, while the Galaxy Z Flip 5G is unique, a ton of fun to use, and is priced closer to, well, an expensive phone. Its hinge is durable, its Snapdragon 865+ is plenty fast for most computing and gaming needs, and it runs the latest Android OS without a hitch.

Considering the Galaxy Z Flip 2 will hopefully arrive by the summer, and that it could have a comparable price to the current Z Flip, it certainly wouldn’t hurt to wait and see what the new phone has to offer. But if you need a new phone now and want a foldable that will slide easily into your pocket, we say go for it! Just make sure to immediately pair it with one of the best Samsung Galaxy Z Flip cases.

Even though we’re expecting the Galaxy Z Flip 2 in the coming months, that doesn’t mean the original Flip should be ignored. In fact, it’s still one heck of a purchase that we’re happy to recommend. The Z Flip is one of the most unique phones you can buy in 2021, and when you pair that with great specs and software, it becomes a super enticing purchase. 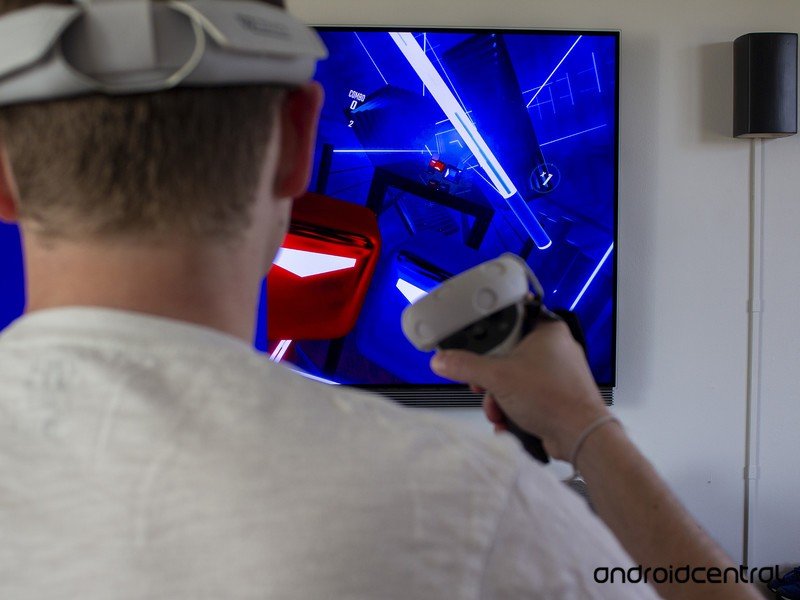 The Oculus Quest 2 is great, but these accessories make it... 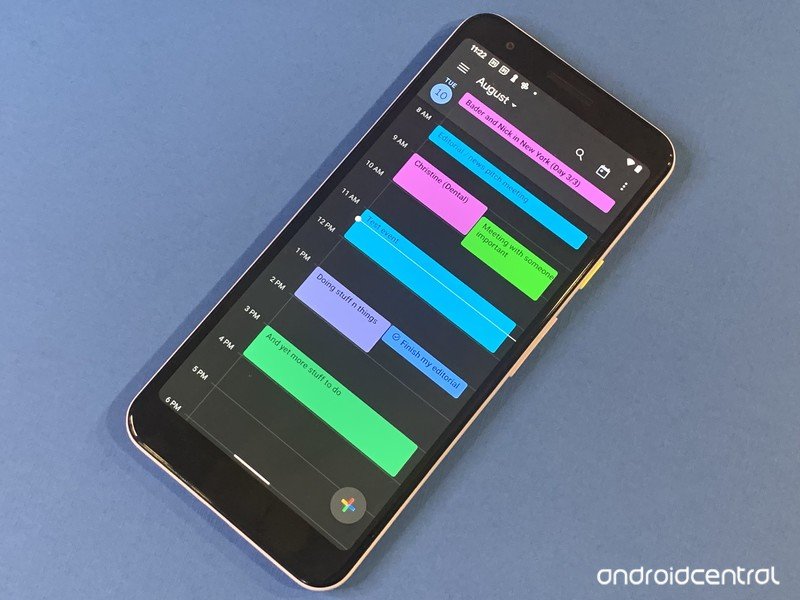 Samsung now lets you use the Galaxy Watch 4 as a...