HomeNewsWe can all explore Zimbabwe on Google Maps Street View, thanks to...
News

We can all explore Zimbabwe on Google Maps Street View, thanks to one person 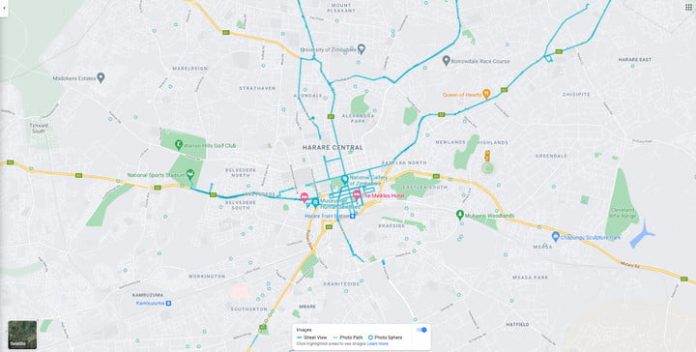 Google Maps’ Street View is an incredible undertaking. It has taken the company, with the help of thousands of contributors, years and years of work to put together. But if you ever want to check out a Street View image of a location in Zimbabwe, you have just one person to thank: Tawande Kanhema.

After Kanhema found that he was unable to pull up the house he grew up in, he found that his hometown of Harare was no where to be found on Street View. His response? To take on the task of putting Zimbabwe, and 14 other countries in southern Africa, in Street View himself.

Google actually has a camera loan program for Street View, which allows users to take advantage of Google’s 360-degree cameras to contribute to Street View, and this is what Kanhema used to capture all different kinds of terrain in Zimbabwe. Kanhema personally funded his trip — totaling around $5,000 — and covered areas of Zimbabwe like Victoria Falls, the main business districts in Harare, the Great Zimbabwe National Monument, and other tourist attractions and centers.

Kanhema also captured some incredible panoramic views, and had to travel by car, ATV, speedboat, bicycle, and helicopter to do so. Ultimately, he covered thousands of miles. Much of his journey was done completely by himself — though Google did eventually send a video crew to document Kanhema’s journey.

“Mapping the Zambezi river was probably my favorite part of this project,” said Kanhema in an interview with CNET. “It’s a very unique way of experiencing the Zambezi Valley’s rich biodiversity. We arrived in Victoria Falls late afternoon, just in time to catch the sunset on the Zambezi river.”

While Street View is an incredible technology, unfortunately it offers much more detailed maps of western countries in Europe and North America — but there are still massive gaps in coverage on continents like Africa and Asia. In 2019, Google said that it had “largely mapped” 87 countries — out of almost 200 in the world. Over time, Street View will likely get better at covering the entire world, however, much of that may come down to user-generated content, which Google relies on for the service. Google also doesn’t compensate contributors who aren’t employees, so they’re left to fund their trips themselves, or try to get funding from tourism boards and travel agencies.