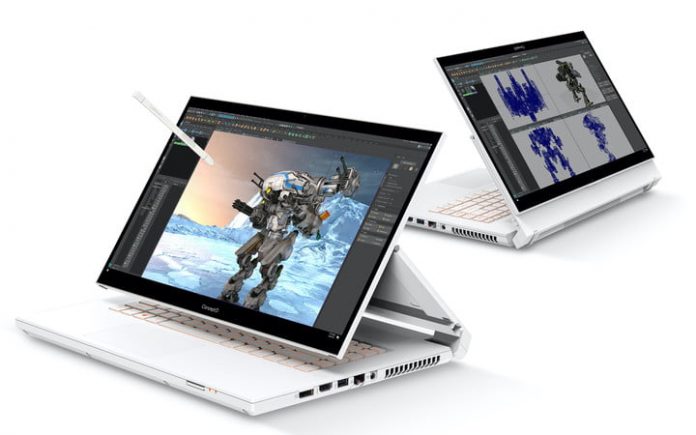 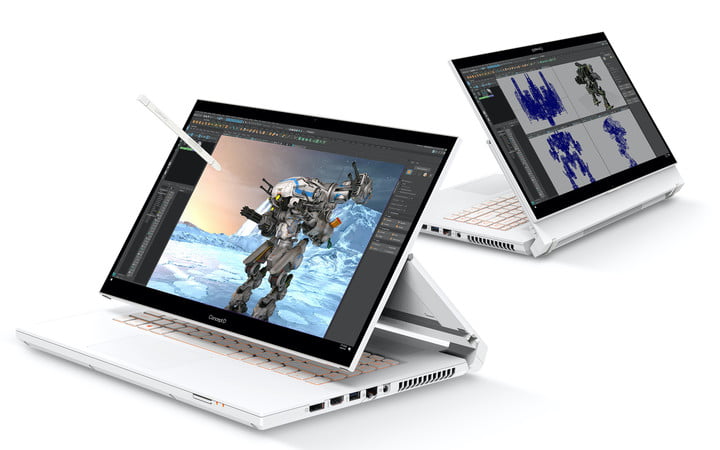 Acer is upgrading its lineup of ConceptD laptops, bringing Intel’s latest 11th Gen processors to the ConceptD 3, ConceptD 5, and ConceptD 7 series of laptops. Though the specifications on these sleek notebooks may look like a mobile gaming rig, these laptops are designed for and targeted at content creators, and they come packed with processing and graphics power. The upgraded silicon on these laptops makes them terrific workstations for video and photo editing on the go.

The ConceptD 7 Ezel is the flagship notebook model in Acer’s creator series, and this year the processor has been upgraded to Intel’s 11th Gen Core i7-11800H. Acer is also pairing the CPU with Nvidia’s flagship GeForce RTX 3080 Mobile graphics card, making it a powerful content creation system that could double as a mobile gaming rig. And if you need more horsepower under the hood, upgrading to the ConceptD 7 Ezel Pro will bring even stronger performance with Intel Zeon W-11955M processor and either Nvidia’s RTX A5000 or A3000 mobile GPUs.

Creators will appreciate the Ezel’s 15.6-inch Pantone-validated touchscreen display that covers up to 100% of the Adobe RGB color space. Acer’s unique Ezel Hinge allows the screen to float on top of the keyboard and can be adjusted to various positions. It also includes Wacom’s EMR stylus for sketching and drawing.

Other specifications include support for up to 2TB of PCIe solid-state drives, 32 GB of DDR4 memory, and support for dual Thunderbolt 4 ports.

If you don’t quite need that level of performance, Acer also has a more modest ConceptD 3 Pro and ConceptD 3 Ezel Pro, both of which top out with Intel’s Core i7 CPU and Nvidia’s T1200 mobile GPU. The ConceptD 3 Ezel Pro features similar styling to its flagship cousin.

Clad in an all-metal design, the ConceptD 5 and ConceptD 5 Pro notebooks feature Intel’s 11th Gen Core H-series processors with up to Nvidia’s GeForce RTSX 3060 mobile graphics. The Pro model tops out with either an A5000 or A3000 RTX-series GPU. Other features include up to 2TB of PCIe Gen 4 solid-state storage, 54GB of RAM, and Acer’s custom Vortex Flow cooling system.

These laptops feature a 16-inch 3K Pantone-validated display for color accuracy, and the panels support 100% of the DCI-P3 color gamut. The screens have minimal bezels, with an 87% display to body ratio. The laptops use a slightly taller 16:10 aspect ratio panel to give creators more space.

Acer boasts a silent keyboard and ultra-wide 6-inch Gorilla Glass-covered touchpad with fingerprint reader as some features that are sure to delight creatives with this laptop. The laptops come in more understated tones of black or white.