HomeNewsMicrosoft officially announces Build 2021, and the stakes are high
News

Microsoft officially announces Build 2021, and the stakes are high 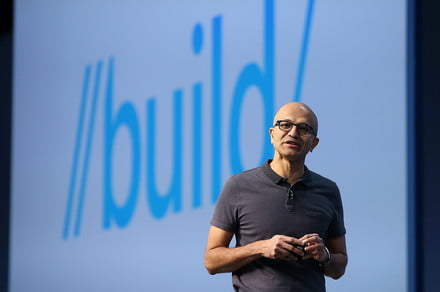 After a few weeks of rumors and a leaked marketing video, the date for Microsoft’s annual Build developer conference is now official. Once again set to be an all-virtual event, Build 2021 will run May 25 through May 27, according to a ZDNet report confirmed by Microsoft.

Though Microsoft hasn’t updated its official Build website to reflect the new dates, the company’s public events page now shows the new dates for the annual developer conference as May 25-27. ZDNet’s Mary Jo Foley also spoke with a Microsoft spokesperson, who confirmed that these dates are indeed correct. However, the spokesperson did not share further information about registration for the public or developers.

Build is where Microsoft usually discusses new software updates and how developers can code new apps and services for Windows, Xbox, Azure, and Microsoft 365. Last year’s event was all virtual and free for anyone to attend. Microsoft revealed Project Reunion, new tools for Microsoft Teams, a new Lists app, as well as several updates for the Microsoft Edge web browser during Build 2020.

With rumors circulating about a possible delay of Windows 10X as well as a fall release for the Windows 10 Sun Valley update, it’s likely that Microsoft will finally talk about these much-anticipated updates and operating systems come Build 2021 on May 25. There also is the chance that Microsoft will hold smaller “What’s Next” breakout events to better focus on Windows, Xbox, and its other products, too.

There is also the possibility that Build 2021 will have more of a Windows focus this year, after taking more of a backseat in previous years. Surface and Windows chief Panos Panay hinted at this at Microsoft’s most recent Ignite 2021 conference when he said, “It is going to be a massive year for Windows.”

Now that Microsoft has officially announced Build 2021, it will join Apple in the annual spring extravaganza of technology conferences. Apple just confirmed on March 30 that its World Wide Developer Conference will be held virtually from June 7 through June 11. Still no word yet on the Google I/O developer event, which was canceled in 2020 and might not be held in 2021 either.

Facebook
Twitter
Pinterest
WhatsApp
Previous articleShould you go with Mint Mobile or Boost Mobile?
Next articleBuy a MacBook Pro in 2016? Apple may have knowingly sold you a faulty unit
- Advertisment -

Hey Google, can you stop teasing us and just release the Pixel Tablet?

Screen Recording Failed To Save Due To 5831