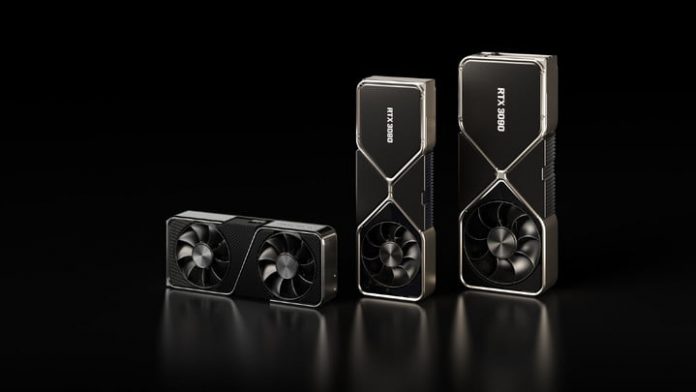 The 6700 XT hasn’t launched yet, so it’s important to wait for third-party benchmarks. Still, we rounded up AMD’s internal numbers and compared them with the performance of an RTX 3070 to get an idea of how well the card should perform in the real world.

The RX 6700 XT was announced during AMD’s Where Gaming Begins event on March 3 with a launch date of March 18. The card is launching with a $479 MSRP, and AMD will launch its first-party and board partner cards on the same day.

You can safely ignore both prices, though. In 2021, the GPU market is congested. Gamers, miners, and scalpers are all vying for the latest cards, causing months-long draughts of not only current-gen cards but the entire GPU market. Tariffs in the U.S. only further the issue, causing some cards to retail for hundreds of dollars above their launch price.

Now, the RTX 3070 retails around $750 if you can find one in stock. The secondhand market has only grown more demanding with some sellers asking as much as $1,500. We don’t recommend supporting this kind of price of gouging. That said, you’re unlikely to find a 3070 anywhere near $500 for the next several months at least, if at all.

The 6700 XT hasn’t released yet, but you can expect similar price and stock issues. The $579 RX 6800 now retails for around $850 with secondhand cards selling for around $1,200. At launch, however, AMD is selling the card for $479 and will reportedly release the card in batches to help gamers get their hands on it a little easier.

It’s impossible to compare the price of the RX 6700 XT and RTX 3070. AMD’s card is technically cheaper, but that doesn’t translate into the price you’ll likely be forced to pay for a card. At this point, it’s less of a matter of how much a card is and more of if it’s in stock.

It’s never easy comparing an AMD graphics card to an Nvidia one because the specs are totally different. The RTX 3070 has over twice as many GPU cores, for example, but that doesn’t really make a difference considering the cards are built on totally different GPUs.

There are a couple of specs we can compare, however: Memory and memory bus. The RX 6700 XT comes with 12GB while the RTX 3070 only comes with 8GB. The difference is that the 3070 has a larger memory bus, allowing more data to travel between the processor and the memory. As the RTX 3060 shows, a limited memory bus makes a difference, even with more memory. The 6700 XT could make up for this disparity with its Infinity Cache, which can help speed up memory operations considerably.

In real-world performance, the RTX 3070 destroys last-gen’s Turing cards. It shoots ahead of the 2080 Super in most benchmarks, matching the performance of the $1,200 2080 Ti. That’s true even with ray tracing turned on. Nvidia still leads the charge when it comes to ray tracing, which is important to consider if you’re interested in playing the latest AAA games.

The RX 6700 XT hasn’t launched yet, so we don’t have third-party benchmarks. AMD’s internal benchmarks are promising, though. At 1440p with max settings, the 6700 XT shot ahead of last-gen’s RTX 2080 Super across Borderlands 3, Cyberpunk 2077, Dirt 5, and more. AMD also pointed out the card’s 12GB of GDDR6 memory, referencing games like Red Dead Redemption 2 and Horizon Zero Dawn that use more than the 8GB to 10GB seen on most GPUs.

Otherwise, it’s hard to compare the two directly without cold, hard numbers. AMD’s benchmarks are promising, but it’s usually a good idea to wait for third-party validation. In 2021, that’s not really possible. With GPU demand at an all-time high, prospective buyers need to make a decision immediately. The RTX 3070 and RX 6700 XT should perform similarly, with certain titles favoring one GPU over the other. Ray-tracing performance will likely make the difference, and based on what we’ve seen, we’re betting on Nvidia.

The 3070 has a similar feature: Resizable BAR. Just like SAM, BAR allows the CPU to access the GPU’s memory across the PCIe 4.0 interface. However, Nvidia’s take supports AMD and Intel processors. As of March 2021, Resizable BAR is available on Ryzen 5000, Intel 10th-gen, and Intel 11th-gen processors.

Nvidia’s tech is more flexible, at least, but the RTX 3070 has more than Resizable BAR. In particular, it has hardware-accelerated Deep Learning Super Sampling (DLSS). DLSS is an essential feature if you want to play the latest AAA games with max settings and ray tracing turned on. In short, it’s an A.I.-driven image reconstruction tool, rendering games with a lower internal resolution before upsampling them to the native resolution of your display.

And the results are excellent. DLSS has continued to grow over the past couple of years, and now, it’s hard to tell DLSS apart from native resolution in some games. Simply turning on DLSS can increase performance by 50%, if not more. This gives Nvidia a huge leg up in performance in supportive games, especially with ray tracing enabled.

AMD’s Fidelity FX offers adaptive sharpening to improve image quality in a similar fashion, but its long-promised Super Resolution feature isn’t ready yet and may not be for some time.

The 6700 XT is a strange graphics card. The limited memory bus will likely impose some issues, but with blistering clock speeds and a massive amount of video memory, that might not make a difference. We have to wait for third-party benchmarks.

Still, Nvidia continues to lead the market not just because of its GPUs but also the features that come with those GPUs. Ray tracing and DLSS are a match made in heaven, and Nvidia continues to support and bolster them. AMD is just now starting with ray tracing, and results from other RDNA 2 cards show that it still has some time to mature.

Availability is key, though. The 3070 has been out of stock since launch with restocks that run out within minutes. AMD promised more availability for the 6700 XT, echoing similar claims by Nvidia over the past several months. If you can reasonably find an RX 6700 XT for around $500, then it’s likely a much better option than the 3070 at around $750. That’s going to depend on what you can find in stock.