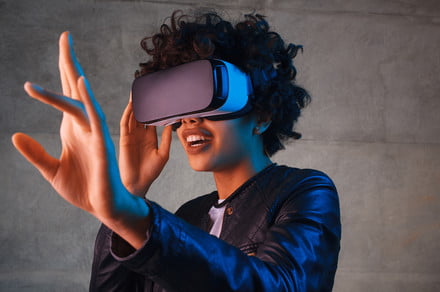 Recent reports have indicated Apple is keen to get in on the smart headset game with a mixed reality device that combines augmented reality (AR) and virtual reality (VR) with a dozen built-in cameras and sensors. Now, reliable Apple analyst Ming-Chi Kuo says Apple is working on giving its headset a key advantage over rivals.

That edge will come in the form of its super-lightweight form factor. According to Kuo, Apple is aiming for a total weight of 150g (0.3 pounds), far below the rest of the market, where headsets can weigh upwards of 300g (and much more). With less bulk, Apple is likely hoping users will be able to enjoy using the headset for longer before its weight becomes apparent and tiresome.

There are a few ways Apple is looking to achieve this target weight. One is by using lightweight fabric material to coat the device. Another, according to Kuo, is by forgoing glass lenses in favor of plastic alternatives, which can be made thinner and lighter and help towards Apple’s aims.

Specifically, Kuo claims these will be Fresnel lenses with ultra-short focal lengths and improved fields of view. They are not without drawbacks, though — one potential problem is that they might suffer reduced brightness compared to other options, but Apple is apparently working to counter this by using microLED displays to improve visual quality. Previous reports have claimed Apple’s headset could feature an 8K display for each eye, so it seems the company is trying to achieve ultra-high quality without cramming the device so full of tech that it puts a strain on users’ necks.

If Apple can bring all this to the table, it could make its headset one of the most compelling choices on the market — at least at the top end. We have heard in the past that Apple is aiming for a $1,000 price for its mixed reality headset. While that will make it far from the most affordable headset out there, it seems Apple is aiming high considering the rumors of its incredible fidelity and super-lightweight form.

Kuo believes the headset could ship sometime in 2022, although that might be delayed due to supply issues. That means there is still plenty of time for more news to drop, so keep your eyes peeled.

OnePlus 9 Pro Review: The most dependable smartphone you can buy

The OnePlus Watch is coming, and I’m skeptical it’ll be any good