HomeNewsARM CEO points to Apple M1 chip as ‘real innovation’ for the...
News 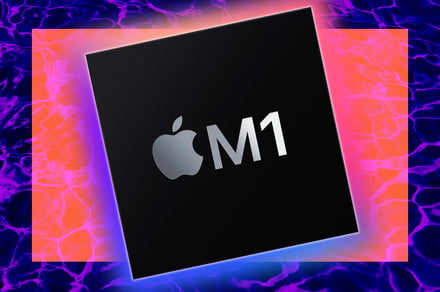 In an interview at CES 2021, Arm chief executive Simon Segars is offering some hope for the PC industry heading into the future. The executive noted that ARM-based Apple’s M1 processors are currently driving new innovation in the PC market.

Though the PC market is dominated by Intel and AMD, according to Segars, the current state of what Apple has done with ARM-silicon is leading us to us seeing “real innovation.”

“What we’re starting to see now is real innovation going on in a market where there hasn’t been a huge amount of innovation,” said Segars at CES 2021, as picked up by CNET. “Any time there’s a discontinuity that makes people question how we’re doing this, that injects energy into innovation.”

Segar also says that Arm, the British semiconductor and software design company that licenses and makes the technology for the ARM-based chipsets and software in PCs, is responsible for that change. CNET reports that Arm has been pouring new engineering resources into PC chipset designs.

It definitely will be an uphill battle for Arm to achieve a further breakthrough in the PC industry. ARM-based chips are popular in cell phones, as well as routers and elsewhere, but the PC space has been a struggle despite the benefits of always-on connectivity, as well as 4G, 5G connections, and all-day battery life.

Microsoft actually introduced a new custom ARM-based processor, the Microsoft SQ2, in the refreshed Surface Pro X, but many have noted performance issues within Windows 10 due to app emulation. Microsoft worked with Qualcomm on the chip, but rumor has it that the company is also working on its own ARM chip to power servers and future devices.

Microsoft’s partners also announced new ARM-based PCs, including the HP Folio, as well as the IdeaPad 5G. These Snapdragon 8cX PCs are designed with help from Qualcomm, which holds a small share in the PC market.

Seagars is extolling the benefits of ARM-based chips and mentioned that while it is true that the current ARM-based PC industry involves a mix of different manufacturers and ecosystems, there could be hope. He emphasizes that it’s performance and energy efficiency that matters.

Facebook
Twitter
Pinterest
WhatsApp
Previous articleIntel vs. AMD at CES 2021: The processor war wages on
Next articleIt’s the perfect time to buy a Dell XPS 15 laptop save over $400
- Advertisment -