Why 2021 could finally be an exciting year for Windows 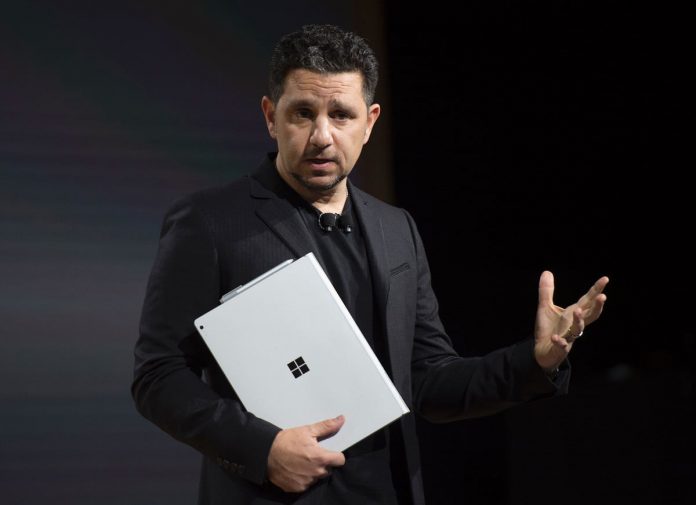 For Microsoft, 2020 was meant to be a big year. Dual-screen PCs were on the agenda, as well as a next-generation operating system dubbed Windows 10X. But then the pandemic hit the PC industry hard.

Microsoft refocused its scope on the things that matter most during a global pandemic. That’s Microsoft Teams, Microsoft 365, and affordable Surface devices like the Surface Laptop Go.

You’d be right to assume Windows had another ho-hum year. It feels even more true in a year when Apple redesigned MacOS with Big Sur in such a visual way, and Microsoft’s twice-a-year big Windows 10 updates in 2020 instead focused on patching smaller bugs and minor features.

But 2021 has the potential of being a huge year for Microsoft and Windows. There’s a lot of great things ahead — and finally — there’s a few big reasons to be excited about the future of Windows.

Panay at the helm

A company reorganization is hardly a reason to get excited. Usually. When it involves a charismatic leader like Panos Panay, though, there’s more to the story.

Until recently, Windows and Surface had always been two separate divisions at Microsoft. These two teams had different leaders with two very different approaches to their products. Panay, as the leader of the adventurous and consumer-focused Surface products, felt like the antithesis of the more conservative Windows leadership.

But in February 2020, Microsoft put Panay in charge of a new team encompassing both divisions that’s known as “Devices + Windows.”

With Panay at the helm, Windows finally has a shot at being exciting again. While many of the changes are still in the works, some things are already in place thanks to some of the moves he’s begun to make.

Panay and his team made some big behind-the-scenes changes to Windows heading into the new year. The Insider beta program was revamped from its older “rings” to newer “channels.” It now largely gives us the chance to test work-in-progress code from Microsoft, instead of new features only tied to upcoming Windows releases.

Microsoft even introduced a “Windows Feature Experience Pack” that makes Windows a bit more modular. It allows Microsoft to push new Windows features to Insiders, without having to download a full operating system update.

Those might sound like small changes, but the foundation is being laid for an exciting 2021. Panay is now the person in charge, and he appears to be bringing his enthusiastic, risk-taking to making sure Windows ditches its stodgy reputation.

Windows will finally get a new look

According to most rumors, 2021 seems to be the year that Microsoft will finally reinvest in Windows, especially toward the fall and holiday season.

Things that have not changed much since Windows 10’s release, whether it’s the Start Menu, Taskbar, Action Center, or File Explorer. If the reports are true, these things that you look at in Windows every day will all get new, more modern looks.

While spring 2021 will still see a smaller Windows Update similar to this year’s October 2020 Update, the fall is when Windows 10 will get its biggest update yet. Rumor has it that this update is code-named “Cobalt” and will bring some significant design refreshes, code-named “Sun Valley.”

In particular, Microsoft is hoping that Sun Valley will modernize Windows to bring it up to speed with other platforms like MacOS, Chrome OS, and iPadOS. All of these operating systems have undergone big design changes, while Windows 10 remained largely the same. We actually saw some of that work in Windows early in 2020 with Windows 10X, but it’s since been delayed (more on that later).

But for you and me, Sun Valley should mean that next year’s fall Windows 10 release will be exciting. Microsoft is known for 2-in-1s and Surface tablets, and the company will finally be making changes that match the software with the hardware. Start Menu and Action Center could finally become more touch-friendly, we could see a more clean experience in tablet mode, and a whole lot more.

Windows will get the new look it desperately needs.

Some of the other changes coming to Windows in 2021 also go beyond just a fresh coat of paint. Windows’ app problem has been well-documented over the past few years, and Microsoft may have two major changes up its sleeve.

First, Microsoft is planning to bring Android apps to Windows. This has been in the works for a while, but it would go a long way toward resolving the lack of mobile apps in Microsoft’s ecosystem.

While Microsoft attempted to push developers to the Universal Windows Platform in the past (and even now with Progressive Web Apps), it hasn’t been as nearly as popular as Apple’s App Store on iOS or MacOS. The solution, it is rumored, could be to finally bring Google Android apps to the Microsoft Store.

According to Windows Central, Microsoft’s internal “Project Latte” is a new software solution to help app developers bring Android apps to Windows, with no code changes required. It’s apparently in the works for next year and could be powered with some changes to the Windows Subsystem for Linux (Android is a Linux-based mobile OS). Developers would just need to port their apps as an MSIX file in the store, though it’s not certain how apps that require Google Play Services would work.

In doing so, Microsoft could open up the floodgates for developers. Android developers would not need to recode their apps to work in Windows. This means that Windows tablets, like Surface Go 2, could become exciting again, having access to a new library of Android apps, and not just Windows apps. The app gap problem in Windows could finally be solved in 2021.

But it doesn’t end there. When Microsoft released the Surface Pro X, it lacked support for 64-bit applications in Windows 10 on ARM. It only would run 32-bit apps, which many developers don’t code for anymore. Well, Microsoft’s finally working on 64-bit apps for Windows 10 on ARM, and it will open up opportunities to make the Surface Pro X a more viable device for most people to use.

Things like Photoshop, or even design and engineering programs, will finally be able to work on the device, which is powered by Microsoft’s custom ARM chip, the SQ2. This is the same thing Apple has done with its M1 Macs — optimize and ensure all apps can run on your devices.

Windows 10X getting a reboot

Alongside the Surface Duo, Microsoft introduced Windows 10X and a dual-screen PC called the Surface Neo late in 2019. The plan was for the Duo and the Neo to be released this year, alongside dual-screen Windows PCs from Dell and other laptop makers.

The pandemic changed that plan. Instead, in 2021, Windows 10X will be rebooted.

According to rumors, 2021 could see two different flavors of Windows. You’ll see a reborn Windows 10X that will only come preinstalled on new laptops and devices sold by Microsoft and its partners. Then there’s the regular Windows 10 versions for all existing laptops and tablets.

This rebooted version of Windows 10X isn’t only made for dual-screen devices as Microsoft originally intended, but also for lightweight PCs. That’s similar to how ChromeOS is for cheap and affordable Chromebooks, as well as flagships like the Pixelbook Go or Pixelbook.

Windows 10X won’t come with support for classic Windows 32-bit or 64-bit apps. Instead, it’s designed to be lightweight and dependent on the Microsoft Store. Microsoft is planning a new “Cloud PC” service to help fix that, according to Windows Central.

It will help users with low-end and budget PCs stream apps from the internet and Microsoft’s servers over to their PC. This definitely is new, and paves the way for all kinds of new Windows 10X devices and lower-end PCs. In an era of iPads, that could help Windows gain some ground. You suddenly won’t need a powerful PC to run certain apps. You’ll just be able to stream that app over the cloud, just as you would watch a Netflix series.

Bring on the sunshine

It seems certain that 2021 is going to be a big year for Microsoft. While the majority of the things discussed here are only rumors, there’s a lot of hope that it all holds up to be true.

We’re not only going to see Windows 10 get a major design revamp that it desperately needs, but we’ll also see a new flavor of Windows 10X, and new Windows devices that are designed to be affordable.

These are things that we really could have used in 2020, and Microsoft is clearly listening to what is wanted and needed from the Windows community, and beyond.