Home News The next version of Windows 10 might have Parallax 3D effects on...
News 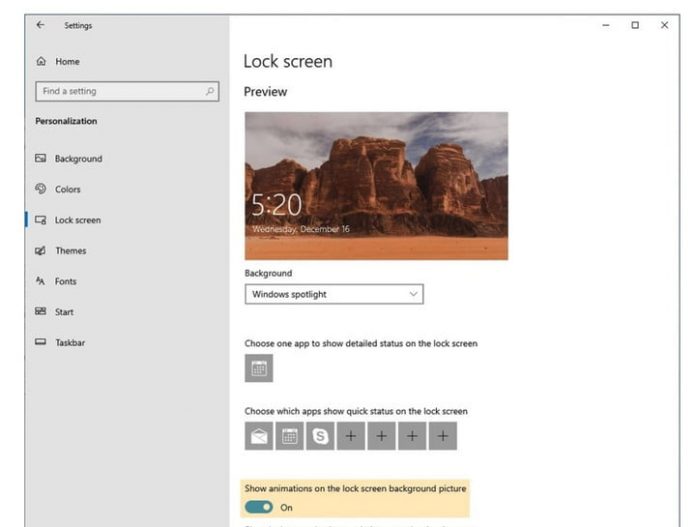 Microsoft could be working to bring a new feel to the Windows lock screen in the next version of Windows 10. In the first major change to the lock screen since Windows 8, it is rumored to be getting support for “Parallax” 3D effects, according to a report from Windows Latest.

What this means is that the Windows lock screen could have a similar “Perspective Zoom” movement that Apple has implemented on the home screen and lock screen in iOS and iPadOS. This is where, as you rotate your device, the lock screen will respond to your movements with tilt or pan effects. The feature could be powered by accelerometers already found on board tablets like Microsoft’s Surface Pro, or other 2-in-1s like the HP Spectre x360.

Currently not available and hidden behind a flag in the latest Windows Insider Dev beta build, the option could appear as a check box in Windows 10 settings whenever Microsoft is ready to test it. It shows up as a “subtle panning effect driven by the device’s accelerometer.” This means that if you don’t like it, or get motion sickness from such movements, you can turn it off  an instead see a static non-moving image.

This isn’t the only feature that Microsoft is working on. It’s rumored that the next version of Windows could also bring the ability to set the Windows Spotlight wallpaper as your desktop background. This Spotlight wallpaper is usually a daily image from Bing, and it’s currently possible to use it on your desktop by downloading a separate app, but if the rumor is true, you’ll soon be able to do it natively in Windows settings from the Personalization and Background pages.

Some other changes could be coming to the camera settings in Windows 10. It’s said you’ll be able to change up settings like the brightness and contrast of your webcam. You also might be able to see a live preview of your webcam feed.

There’s no word yet on when these features could roll out to everyone, but since it’s being tested in the Dev channel, which isn’t tied to a specific release, there’s no telling. The best bet is the second update for Windows 10 in 2021, currently code-named “Cobalt.”