Anticipated Developments In the Robot Industry 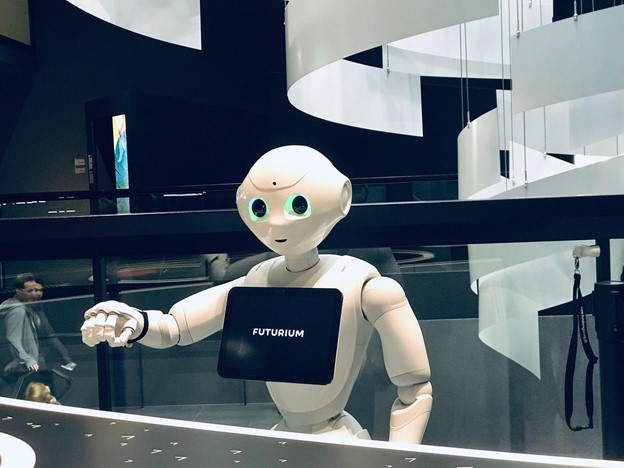 The history of robotics is long and full of advancement milestones that were achieved after many failed attempts. With each passing decade, the inventions become more flexible, capable, and akin to humans. As a result, more industries and businesses are also warming up to the idea of incorporating robots into their operations.

It appears that, even with such significant achievements, developers are not ready to hang their hats just yet. There is still more effort and research being put towards the further development of robotics. The future of the industry looks promising and exciting.

Here are some of the concept and design developments you may encounter in robots in the near future.

Robots are machines that are programmed to perform tasks independently or semi-independently. The kind of programming used in most of them is quite basic though. It only comprises a series of commands aimed at guiding the robots to complete repetitive tasks predictably.

The introduction of more artificial intelligence in robots is set to transform things. Robots with A. I can not only perform tasks but they also have decision-making capabilities. At the Antwerp University Hospital, for example, robots integrated with A. I are being used as front desk attendants. They take patients’ temperature, hand out questionnaires, and direct patients to the right department based on their findings.

There are indisputable advantages to having intelligent robots. They can be assigned more tasks and could be useful in situations where human bias or exposure needs to be avoided. That said, it also presents a conundrum of control. Given as these robots technically have a mind of their own, how do you keep a leash on them? It will be interesting to see what solutions experts present for this issue.

Robotics experts are taking on a more practical programming approach. They are, in essence, teaching robots how to perform complex tasks. These kinds of programming methods would yield more optimized movements and the ability to teach robots many different skills. How does that work, you ask?

Take, for example, that a robot arm is meant to be used for administering medication. The programmer will teach the robot by moving its arm in the sequence required to fulfill that task. The robot interprets this training using digital sensors and smart software. It then digitally stores the data and uses it to perform the task when prompted in the future. It is a lot like creating muscle memory for the robot.

In a different approach, developers are working towards getting intelligent robots to learn via video. Ideally, they would replicate the motions they ‘see’ on the demonstration and repeat them until they master them. It would be the easiest type of programming yet as the robot would simply be self-training.

Over the years, the larger part of robot development has been focused on providing manufacturing solutions. Applications such as sorting, CNC machine tending, and packaging are just a few examples in a much longer list. Such robots increase throughput, cut costs of production, and shorten production times. Other applications, like robotic welding, provide a way to execute risky industrial tasks without risking staff safety.

Nevertheless, developers have come alive to the fact that these gains can be spread to other industries as well. The new concepts of robots are diverse and spread across new areas including agriculture and, surprisingly, commercial kitchens. Yes, you read that right. The next time you dine at your favorite restaurant, the chef may have had a robot for a sous chef.

Collaborative robots are designed to be safe and easy to work with. They have sensors that can detect a human entering their work envelope and trigger the robot to slow down or stop. Their builds are also more suitable for co-working with rounded edges and compact designs.

The next frontier that developers are pursuing is making robots able to cooperate with workers. Whereas they can currently share a workspace, the future aim is for a robot to co-work with staff like a colleague. In such a scenario the robot would have the ability to:

In the earlier stages of robotics, their cost was one of the prohibiting factors that held buyers back. As with every novel concept, the technology was not mainstream. Components such as motors and reducers were quite expensive which in turn led to the robots being equally pricey. Fortunately, more component manufacturers have come onboard and parts are now more available and cheaper.

Like many other gadgets before, it is anticipated that the increase in uptake and production of robots will lower robot prices. However, it remains to be seen whether other down-the-line costs such as energy efficiency will be addressed by developers in newer models. Most businesses are now keen on renewable energy and keeping their consumption costs low. Energy-efficient robots would certainly be a welcome introduction for them.

The innovation in the robotics industry has been received with mixed feelings. On the one hand, it presents much-needed solutions for various challenges. On the other, it stokes fears that robots will begin to replace human labor which would result in massive job losses. Nevertheless, experts seem undeterred by these concerns and remain committed to the automation cause.

This deal on the Samsung CRG9 Monitor saves you $500

'Tis the season for gaming peripherals to be found at their lowest prices of the year. Black Friday has introduced
Read more

Amazon always offers some of the best Black Friday deals every year, and 2020 is no exception. Along with major,
Read more

This ASUS Chromebook deal is worth buying a Costco membership for

Whether you'll use it to work, learn, or play, this Chromebook is perfect for you.Millions working from home and distance
Read more