HomeNewsAnimal Crossing-Inspired Controllers and Accessories for the Nintendo Switch
News

Animal Crossing-Inspired Controllers and Accessories for the Nintendo Switch 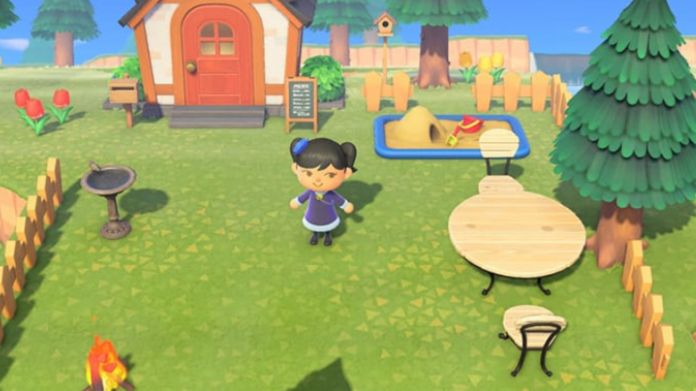 Hardcore gamers always profess their love for their chosen game franchise by using or displaying gaming gear that features their favorite characters from that game. Players who are rabid fans of Doom will go for Doom-themed consoles, if there are any; in the absence of these, accessories and controllers that feature these characters would do just fine.

Animal Crossing has become a cultural phenomenon in gaming since it came out. Some people have started to market accessories bearing the likeness of characters found in the game. These accessories have become a big hit to people who followed Animal Crossing from AC: Pocket Camp up to New Horizons.

Here is a list of the best gaming peripherals featuring Tom Nook and the other iconic inhabitants from your AC island. Let’s start off with…

What better way to play New Horizons than on an Animal Crossing-themed console? The Switch unit features a white dock bearing images of the Nook family – Timmy, Tommy, and Tom Nook are pictured standing on an island, representative of the island you find yourself developing. Any true-blue Animal Crossing fan wouldn’t be caught dead without this console, and it’s also a good buy – this version features the newer Switch model, which has improvedbattery life and performance compared to the original.

Stoga has released cute controllers, one of which features a design taken from a certain capitalistic raccoon inhabiting your island. The other controllers are still Animal Crossing-inspired, with the colors mirroring the Animal Crossing-themed Switch. The brown controller, meanwhile, has been designed in such a way that it looks somewhat like Tom Nook’s face.

The third-party manufacturer Power A has designed an Animal Crossing-inspired controller, this time featuring Timmy and Tommy Nook on the lower right corner of the controller. The controllers are designed with a New Leaf skin all over and also features another variant with fish, butterflies, and fruit on it. This variant has everyone’s resident virtuoso K.K. Slider in place of the Nook kids.

What better carrying case to carry your New Horizons edition Switch in than an Animal Crossing decked carrying case? Part of the fun of owning a Switch is being able to carry it along your travels, whether on the commute to work or traveling on vacation. Keep it safe and protected while being fashionably in style!

Amiibos, to be exact, aren’t really accessories, but they’re used to bring villagers into your island quickly. It is a kind of bypass to the long waiting at the local campground for characters like, say, K.K. Slider and others to arrive. There are dozens of Animal Crossing Amiibos featuring different hard-to-invite characters, enabling you to finally bring them into your island, without much fuss.

If you have yet to buy a Nintendo Switch with the Animal Crossing colors, you can instead try to pay Animal Crossing: Pocket Camp. It is a free-to-play version of this game that you can find on the Play Store and is available for phones. However, if you’re a true Animal Crossing fanatic, it won’t matter what game you’re playing, as long as it’s Animal Crossing.