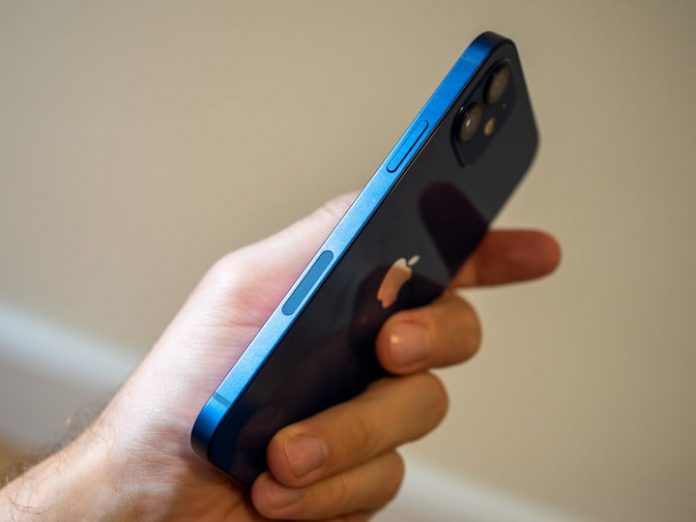 Released in the same month, the iPhone 12 and OnePlus 8T are flagship smartphones that aim to outperform the competition without being prohibitively expensive. They combine high performance, beautiful designs, sharp displays, versatile cameras, 5G support, and capable batteries, and they offer all of these features at just under $800.

They’re both great phones in their own rights, but which one is better? We compare the two devices in a head-to-head to find out, looking at all of their features to see which one offers the biggest smartphone bang for your buck.

The iPhone 12 and OnePlus 8T both look very modern and stylish, but in different ways. The iPhone 12 updates the design of its predecessors with flat sides, giving it the slightly angular look of the latest iPad Pro (or the iPhone 5). It also features narrower bezels than previous models and a smaller notch, which is welcome even though some of us would prefer that Apple get rid of the notch altogether.

The OnePlus 8T has a broadly comparable design, with an edge-to-edge display and narrow surrounding bezels. However, it lacks the divisive notch of the iPhone 12, while its sides are rounded rather than flat. It also comes with a glass (rather than aluminum) body, so it arguably looks a little sleeker and more sophisticated than its Apple rival.

Things are also fairly even when it comes to the displays of both smartphones. The iPhone 12 boasts a 6.1-inch Super Retina XDR OLED display, which houses 2532 x 1170 pixels (or 460 pixels per inch). The OnePlus 8T’s 6.55-inch AMOLED screen doesn’t quite offer as many pixels (402 ppi), but it does offer a super-smooth 120Hz refresh rate. This makes a very noticeable difference when watching videos, while the use of an AMOLED (rather than OLED) screen provides the display with a richer palette of colors.

The OnePlus 8T falls down, however, with a lack of an official IP rating. OnePlus claims it’s splash-proof, but compared to the iPhone 12’s IP68 rating, this doesn’t really cut the mustard in 2020. Apple also says that the new Ceramic Guard glass of the iPhone 12’s screen will provide greater protection against falls and damage, boosting the durability of both phones.

This round is therefore a tie. The OnePlus 8T has a slightly better screen, but this advantage is canceled out by its questionable durability.

The iPhone 12 runs on Apple’s latest A14 Bionic chip, which uses 5nm (rather than 7nm) technology to pack more transistors into its frame and provide exponentially faster performance. The A14 enables the iPhone 12 to handle the vast majority of apps and tasks with ease, and even if the phone comes with only 4GB of RAM, this is enough to make good use of the chip.

By contrast, the OnePlus 8T comes with 8GB of RAM (or 12GB in the United States), although it uses the Snapdragon 865 processor, which is no longer quite as state-of-the-art as the A14. Still, with 8GB or 12GB of RAM, it should still have the performance and multitasking ability to stand up to the iPhone 12, even if the new iPhone does pack more raw power.

The OnePlus 8T ships with 128GB of internal memory, while the iPhone 12 offers only 64GB. This is quite a big difference, so users who put a premium on storage space may need to think carefully about their purchase. Neither smartphone comes with a slot for a MicroSD card, so your initial choice is important.

Another thing that needs to be mentioned is that the OnePlus 8T makes use of 65W fast charging, which can take you from 0% to 60% in only 15 minutes. This is a big draw for anyone who needs to charge quickly, so in combination with the more generous internal memory, we’re declaring this round a narrow victory for the OnePlus 8T.

However, more lenses and more megapixels don’t necessarily result in superior photos, which is something we found with the iPhone 11. This had the same basic setup as the iPhone 12, but it proved to be a highly versatile camera phone that lets you take great photos in most conditions. The iPhone 12 improves on it with a seven-element wide lens, improved OIS and Smart HDR, and Night Mode on both lenses, so while we haven’t tested it in full, we’re confident it will deliver the goods.

The OnePlus 8T also has a very good camera, which can capture colorful and bright photos with good dynamic range in outdoor and indoor conditions. That said, the other lenses don’t add too much to the main wide lens, with the ultrawide camera sometimes taking shots that don’t have as much detail as they should. This is perhaps a minor flaw, but it means that the OnePlus 8T’s camera isn’t quite as versatile and useful as the iPhone 12’s.

Both the iPhone 12 and OnePlus 8T can also capture 4K video at 60 frames per second, as well as 1080p video at 240 fps. Nonetheless, because the iPhone 12’s camera is a little more capable overall, we’re going to give this round to Apple’s phone.

The iPhone 12 unsurprisingly runs on iOS 14, while the OnePlus 8T uses OxygenOS 11, which is OnePlus’ own Android 11 skin. Both operating systems are excellent in their own ways, so it’s hard to say one is definitely better than the other. For example, iOS 14 offers the time-tested security and accessibility of previous Apple systems, while adding a helpful new App Library, home screen widgets, and a handy back-tap function. Meanwhile, OxygenOS 11 finally adds an always-on display, while improving the game mode, enhancing the Digital Wellbeing feature, and optimizing the system for one-handed use.

While the software of each system can’t be directly compared, we can safely say that you’ll receive more frequent updates with the iPhone 12 than with the OnePlus 8T. Apple is known to roll out new versions quickly for its phones, while it also supports phones for longer. This is enough to make this round a slim victory for the iPhone 12.

Yes, the iPhone 12 finally sees Apple adding 5G support to its phones. Unlike the iPhone 12 Pro and Pro Max, the iPhone 12 supports only the slower sub-6Hz 5G band. However, the same applies to the OnePlus 8T, so both phones weigh up equally in this respect, while sub-6Hz bands have a greater range than the faster mmWave frequencies.

The iPhone 12 also introduces MagSafe charging and accessories, something which will make charging the phone a little easier and safer. It should also be useful when a wider range of accessories are made available for it, from magnetic cases to car dashboard mounts. The iPhone 12 also includes the now-familiar TrueDepth selfie camera, which will let you use Face ID for various purposes.

Aside from 5G support, the only other special feature the OnePlus 8T has is its 65W fast charging. Again, this is very useful if you happen to be in a rush, with OnePlus also claiming that it can fully charge the phone in about 30 minutes.

This is another close round. With similar 5G support and one unique feature apiece, we’re calling it a tie.

The iPhone 12 can be pre-ordered from Apple from October 16 and will release on October 23. It will start at $799 for the 64GB version, while the 128GB and 256GB versions will cost you $849 and $949, respectively. It will also be available from every major carrier and the vast majority of major retail outlets, so there may be some decent iPhone deals during the Black Friday sales.

The OnePlus 8T is available now and can be ordered from OnePlus, with prices starting at $749. It’s supported only by T-Mobile in the United States, while you can find it from such major retailers as Amazon.

The two devices aren’t too far apart, but it’s the iPhone 12 that ultimately wins this head-to-head. Its more versatile camera and more frequent software updates are just enough to push it ahead of the OnePlus 8T, while its revamped design is arguably a little more striking than its rival. It also offers performance that’s at least as capable as the 8T’s, as well as a nice supply of special features (e.g. 5G support, MagSafe, Face ID).

This isn’t to say that the OnePlus 8T is a bad smartphone, far from it. It may be worth buying if you prefer Android to iOS, and its super-fast charging is also a nice draw. However, at the end of the day, the iPhone 12 has more to recommend it.