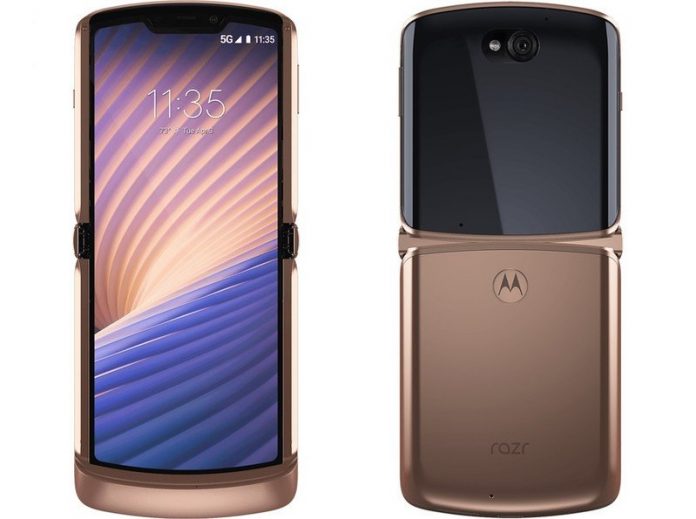 The RAZR 5G could be Motorola’s first 5G phone to be sold by all three major U.S. carriers. 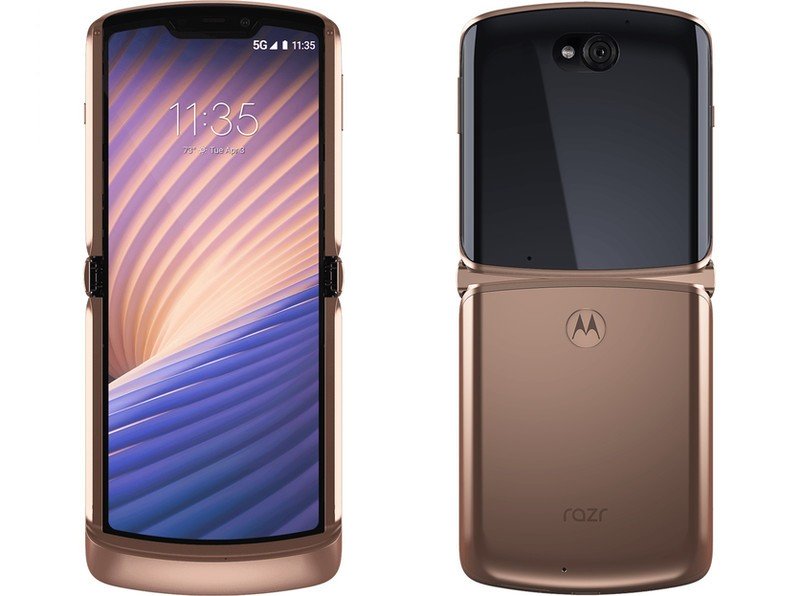 Motorola will be unveiling its first 5G-enabled foldable smartphone at a virtual launch event on September 9. Ahead of its formal announcement, more renders of the foldable have surfaced, courtesy of prolific leaker Evan Blass.

The latest renders give us our first look at the Blush Gold variant of the RAZR 5G for T-Mobile. Unlike the first-gen RAZR, which is exclusive to Verizon in the U.S., the RAZR 5G is rumored to be available through all three major carriers. A labeled diagram showing the AT&T RAZR 5G had surfaced online last month. 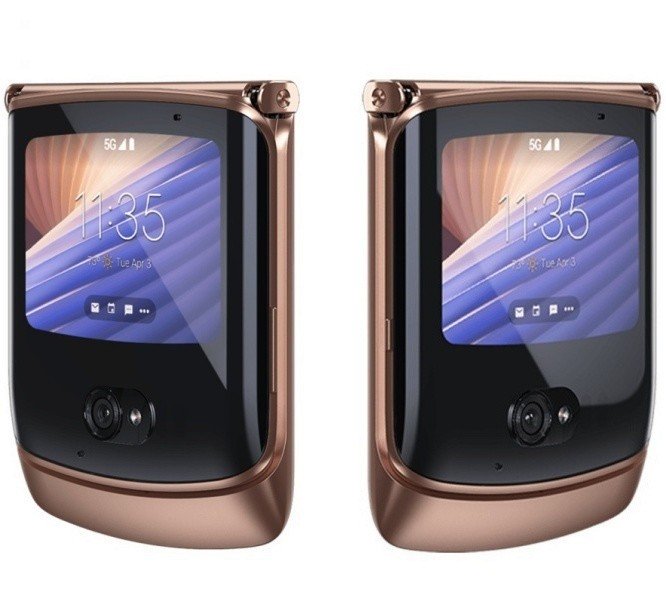 While the RAZR 5G is expected to have an identical 6.2-inch main display as its predecessor, the bezels surrounding the screen will be slimmer. The fingerprint sensor also appears to have been moved from the chin at the bottom to the Motorola batwing logo at the rear.

Motorola RAZR 5G is tipped to be powered by a 7nm Snapdragon 765 chipset, paired with 8GB of RAM and 256GB storage. Aside from a faster chipset, the second-gen RAZR is also expected to come with upgraded cameras. The phone will have a Samsung ISOCELL Bright GM1 48MP main sensor and a 20MP selfie camera. Some of the other rumored specs of the foldable phone include a 2,845mAh battery and support for 18W fast charging.

Even though the RAZR 5G will be an improvement over the first-gen RAZR in many areas, it won’t have the specs to compete with the Samsung Galaxy Z Flip 5G, which features a flagship Snapdragon 865+ chipset and packs a larger battery.