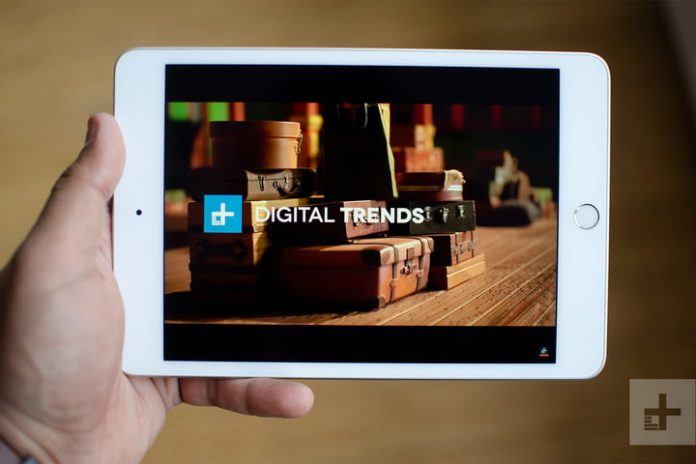 Another September Apple event has been and gone, and with it Apple has announced the 8th-generation iPad (2020). It stands as perhaps the best entry-level iPad you can buy, providing peak user-friendliness and a strong battery at an affordable price. It’s an excellent option if you want to get your hands on a new Apple tablet without breaking the bank, but it’s not the only recent iPad worth your time in this respect. The iPad Mini 5 (2019) is also another contender for the Best Budget iPad award, given it features a great screen, reliable battery life, and more-than-capable performance for a relatively modest price.

Of course, few of us are going to be buying two new iPads at the same time, so the question needs to be asked: Which is better, the iPad (2020) or the iPad Mini 5? We answer this question by putting the two Apple tablets to the test, comparing their designs, displays, performance, cameras, software, and special features.

The iPad (2020) and iPad Mini 5 share an all-but-identical design. Unlike the more streamlined iPad Pro (2o2o), they both sport large top and bottom bezels, giving them the appearance of larger and wider iPhones from four years ago. However, despite also providing the same color options (silver, gold, and Space Gray), they differ in one obvious yet important respect: The iPad Mini 5  is considerably smaller than the iPad (2020). This makes a big difference to its usability and comfortableness in comparison to the iPad, particularly when it’s 190 grams (7 ounces) lighter than the more recent model.

As for the display, the iPad Mini 5 also takes the lead. It provides slightly fewer pixels in total than the iPad (2020) at 2048 x 1536 compared to 2160 x 1620. Nonetheless, because the Mini has a smaller 7.9-inch screen — as opposed to a 10.2-inch one — its Retina display looks noticeably sharper than the iPad’s. That said, if you like larger screens, you may end up being more impressed by the iPad overall.

Neither tablet is likely to be extraordinarily durable. While they’re both unsurprisingly well-built, they lack an official IP rating, so don’t go exposing them to dust or water.

This is a close round. While some people may prefer larger tablets to smaller ones, the greater comfort of the iPad Mini 5 puts it ahead, as does its superior number of pixels per inch.

It’s spot-the-difference time again, as both the iPad (2020) and the iPad Mini 5 house a speedy Apple A12 Bionic chip. It may not “challenge the laws of physics” like this year’s A14 chip, but it will handle the vast majority of games and apps, including augmented reality (AR) applications. Both devices also rock 3GB of RAM, providing the A12 with enough computational bandwidth to do its thing.

Both devices also offer solid battery life, although this is one area where the new iPad is likely to take the advantage. The iPad Mini 5 accommodates a 5,124mAh battery, which will provide you with around a day of heavy use before needing a refill. With the iPad, Apple hasn’t officially disclosed the capacity, yet the seventh- and sixth-generation iPads (from 2019 and 2018) both came with an 8,227mAh cell. As such, the iPad is likely to last a few hours longer, although without a full review, it won’t be possible to confirm this.

Without confirmation of the iPad’s possibly superior battery, we’re calling this round a tie.

The iPad Mini 5 and iPad (2020) both feature a single 8-megapixel rear camera, and as far as we can tell from Apple’s specs, both of these cameras work in exactly the same way. This means they have the same f/2.4 aperture, the same five-element lens, the same autofocus feature, and the same panorama and HDR capabilities. The only difference, and it’s a very minor one, is that the iPad Mini 5 offers “wide color capture,” which, in theory, provides your photos with a greater palette of colors and a wider dynamic range.

Still, without properly testing the iPad, we can’t tell for sure that this difference will be detectable at the level of the actual photos you take. As our review indicated, the iPad Mini 5 has a solid camera in its own right, and while tablets can’t really compete with smartphones, it takes very good pictures in ideal lighting.

While we can’t say for sure which device has the best rear camera, the iPad Mini 5 definitely boasts a much more capable selfie camera. At 7MP compared to only 1.2MP, users will find that it’s much more useful, even if neither stack up against the selfie cameras you can now find on smartphones.

The iPad Mini 5 takes this round. Its selfie camera is definitely better than the iPad’s, while its rear camera also appears to have a slight edge.

While previous rounds have been close, there really is no difference when it comes to software. The iPad (2020) and iPad Mini both use iPadOS 14, which introduces a nice Scribble Feature, letting you write in any text box using the Apple Pencil. Other than that, it’s every bit as user-friendly and as intuitive as the iPadOS versions that came before it.

Both tablets will also be well-supplied with updates. Apple is usually very efficient at rolling out new OS versions to users, while it tends to support devices for longer than other manufacturers. This round is a tie, even if the iPad Mini 5 is a year older than the iPad, implying that its support might end a year earlier.

The iPad Mini 5 and the iPad (2020) both support the Apple Pencil, which is proving to be very useful for creatives, as well as for professionals who like to take handwritten notes. Needless to say, the first-generation Apple Pencil will come at an extra price ($100), although both tablets are in the same boat here, so neither loses any points. Neither iPad is compatible with the second-generation Apple Pencil.

The A12 Bionic processor also enables the iPad and iPad Mini 5 to support AR apps and games. While the selection of such apps is still relatively limited, more are becoming available by the month, so this is one feature that future-proofs both devices to some degree.

It should also be remembered that the iPad Mini has one special feature the iPad doesn’t: It’s small and compact. This makes it easier to handle and easier to use. However, because a number of people will prefer a larger tablet, we’re going to have to declare this another tie.

The iPad Mini 5 begins at $400 for the 64GB Wi-Fi-only version and goes up to $680 for the 256GB version with Wi-Fi and cellular support. You can buy it from Apple and from the vast majority of carriers and retailers.

The iPad (2020) starts at $329 for the 32GB Wi-Fi-only model and rises to $560 if you want 128GB of internal memory and Wi-Fi and cellular support. It’s also available from Apple and most retailers and carriers.

There isn’t a massive difference between the two tablets, but the iPad Mini 5 (2019) does win out over the iPad (2020). With a sharper screen, slightly better camera, more internal memory, and more user-friendly dimensions, it is a stronger tablet overall. Still, it is at least $80 more expensive than the eighth-generation iPad, which offers identical performance, the same fantastic software, and potentially better battery life. For those who want to save more money and may appreciate a slightly larger display, the newer iPad may be the better bet.