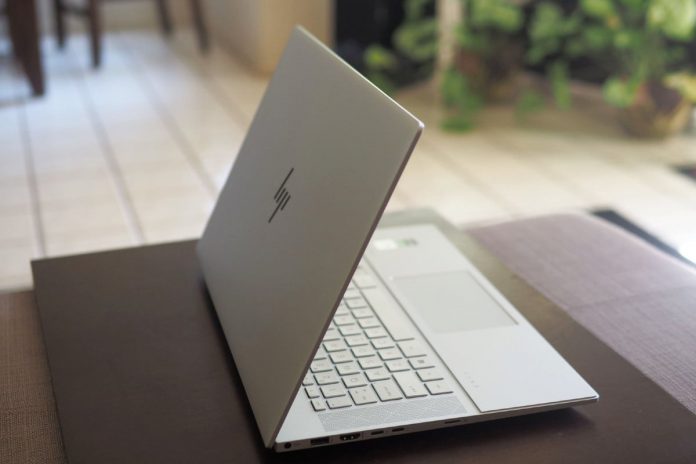 Laptop manufacturers have been bending backward in catering to creative professionals — people who perform demanding tasks like complex photo editing and 4K video editing. HP is a case in point, introducing its new Envy 15 with a laser focus on creators.

The HP Envy 15 faces some stiff competition, though, not the least of which is Dell’s XPS 15, a laptop that we’ve long considered the best 15-inch machine you can buy. That distinction was solidified with its new design that’s simply spectacular. Does the upstart HP Envy 15 have a chance against the long-time king?

We don’t have complete pricing yet, but you can equip the Envy 15 with up to 32GB of RAM (the XPS 15 maxes out at 64GB) and a Core i9 CPU. We’re certain that the price differential will hold as you increase the specs, meaning that you can get a lot of performance from the Envy 15 for a lot less money.

It’s simplest to say that the Envy 15 is, in truth, one of HP’s midrange laptops, and it’s competing against the very premium XPS 15 and in some ways coming out on top — at least when you consider the components inside. We’ll get into the impact on performance in a bit.

The XPS 15 is one of the most impressively designed laptops you’ll find, in part, because its design is the result of constant tweaking of a form factor that was already excellent several generations ago. That’s not to say the newest XPS 15 isn’t very different from past iterations — it’s just had an excellent pedigree to build upon. One thing that remains the same is the use of carbon fiber on the bottom of the chassis and aluminum on the lid, making for a very solidly built laptop. The overall form factor has shifted somewhat, though, with the switch to a display with a 16:10 aspect ratio that uses up almost all of the available space on the lid — the XPS 15 has minuscule bezels and enjoys quite a modern look because of it.

The Envy 15 is a different beast altogether. It’s made from stamped aluminum, and so while it feels solid, it’s not quite in the same class as the XPS 15. It’s also all silver with subtle chamfered edges and other design elements that give it an attractive look without rising to the level of the recent gem-cut HP Spectre laptops. The Envy 15 looks quite different from the XPS 15, but it’s a lovely laptop in its own right.

In terms of their dimensions, the XPS 15 is slightly less wide and deep than the Envy 15, by at most half an inch in width and fractionally less deep. The XPS 15 is also just slightly thinner, at 0.71 inches at its thickest point versus the Envy 15’s 0.73 inches. And the Envy 15 is slightly heavier at 4.74 pounds compared to the XPS 15’s 4.5 pounds (with the 86-watt-hour battery, which you’ll want). All of this takes into consideration the XPS 15’s taller display.

Input is a toss-up between the two laptops. The Envy 15 enjoys an excellent keyboard that’s stolen from the HP Spectre — it has plenty of travel, a light touch, and tons of precision, making it a touch typist’s dream. The XPS 15’s keyboard is also quite good with sufficient travel and a comfortable feel, but it doesn’t quite measure up to the Envy 15’s.

The XPS 15’s touchpad, though, is huge for a Windows 10 laptop, much larger than the Envy 15’s (which isn’t small by any means), and so it’s much more comfortable to use. Both support Microsoft Precision touchpad drivers and are responsive and reliable. If you opt for the right screen, you get a touch panel on both laptops, although the Envy 15’s version also supports the HP active pen.

Connectivity is a real difference-maker between these two laptops. Dell went all in on USB-C ports — that’s all the XPS 15 makes available, specifically two with Thunderbolt 3 support and one USB-C 3.1. Those are mated with a full-size SD card reader (which is a real plus) along with a 3.5mm audio jack.

The Envy 15, on the other hand, enjoys two USB-C ports with Thunderbolt 3 support, a full-size HDMI 2.0a port, two USB-A 3.1 ports, and a mini SD card reader (which is a disappointment for photo pros). You’ll worry less about carrying dongles around with the Envy 15, although Dell does throw a USB-C hub with HDMI and USB-A in the box. Both laptops utilize Wi-Fi 6 and Bluetooth 5.0 for wireless connectivity.

We reviewed the XPS 15 with an eight-core Core i7-10875H CPU and the Envy 15 with a six-core Core i7-10750H. Therefore, we can’t compare CPU performance directly. In all of the CPU-specific benchmarks we ran, the XPS 15 came out well on top. You can’t upgrade the Envy 15 to the XPS 15’s CPU, and so we’d have to get both laptops with Core i9 processors to make an accurate head-to-head comparison.

Nevertheless, the Envy 15 performed exceptionally well against other laptops with the same CPU on both our synthetic benchmarks and our real-world tests. Turn on Performance Mode in the HP Command Center utility — something you’ll want to do when you’re pushing the system, because HP tunes the Envy 15 very conservatively in default mode — and the Envy 15 beat out the XPS 15 in our Handbrake test that converts a 420MB video to H.265. The Envy 15 took exactly two minutes while the XPS 15 took two seconds longer. That’s not much of a difference, of course. But it’s remarkable to see such an attractively priced laptop with a slower CPU perform as well as a laptop that costs hundreds of dollars more and enjoys two extra cores and four extra threads.

It’s the GPU that we need to pay attention to, though. As mentioned earlier, the Envy 15 equips the Nvidia GeForce RTX 2060 Max-Q, compared to the GeForce GTX 1650 TI in the XPS 15. That extra GPU power pays real dividends not only in gaming, where the Envy 15 was much faster than the XPS 15, but also in creative apps that can take advantage of the GPU. We ran the Envy 15 through our Premiere Pro rendering test, and it finished in three minutes and 53 seconds in Performance Mode (it took five minutes and one second in default mode). This compared favorably to the Dell XPS 17, which also uses the GTX 2060 Max-Q GPU and which finished in three minutes and 38 seconds. The XPS 15, on the other hand, took four minutes and 50 seconds to complete the same test.

Speaking of gaming, the Envy 15 was naturally a much faster performer. In Assassin’s Creed Odyssey, for example, the Envy 15 managed 45 frames per second in 1080p ultra mode compared to the XPS 15 at 26 fps. In Civilization VI, the Envy 15 hit 100 fps in 1080p ultra mode, whereas the XPS 15 only managed 64 fps. This performance delta carried across all of our gaming tests, meaning that if you want a creative workstation that can also play some games at reasonable fps and graphical detail, the Envy 15 is by far the better choice. Not bad for a laptop that will save you $500 or more.

We’ll go ahead and quickly mention battery life here because there’s not much difference (we’re talking minutes here) between the Envy 15 and the XPS 15 when it comes to longevity. Simply put, neither of these laptops is likely to get you through a full day of real work without plugging in. Both use rather large power bricks, too, meaning it’s not trivial to carry them around with you.

Dell and HP went in slightly different directions with their display choices but ended up in close to the same place. We tested both laptops with their 4K options, which in the Envy 15’s case meant the 4K AMOLED display in a 16:9 aspect ratio, and in the XPS 15’s case, a 4K IPS display in a 16:10 aspect ratio. Both displays have a lot going for them. Dell’s panel is taller and better for productivity, and that alone might appeal to a lot of people. HP would be well-served to switch to the same aspect ratio (or, even better, follow Microsoft’s lead and go straight to 3:2).

Both displays enjoyed wide color gamuts, the Dell at 100% of both AdobeRGB and sRGB, and the HP at 97% of AdobeRGB and 100% of sRGB. The XPS 15 was slightly more accurate at 0.65 compared to the Envy 15 at 0.73, but both are well under the 1.0 threshold that defines the most accurate displays.

Furthermore, the XPS 15 was slightly brighter at 442 nits compared to the Envy 15’s 404 nits. But it’s contrast where the Envy 15’s AMOLED display really shines — or, really, doesn’t shine, at least when it comes to the deepest blacks you’ll find on a laptop. The XPS 15’s contrast ratio came in at 1480:1, which is excellent for an IPS display. But the Envy 15 came in at 404,410:1, clearly in a different league entirely.

You can’t go wrong with either of these displays. If you like a taller aspect ratio and a slightly brighter display, then the XPS 15 is for you. But if you want unparalleled contrast and deep, deep blacks, then the Envy 15 will fit the bill.

There’s no doubt that the XPS 15 is the more elegant, more refined laptop and the best in its class considering every factor that goes into judging a machine. At the same time, the Envy 15 performs so well and costs so much less that it’s not fair to simply hand the award to the XPS 15. You can save quite a bit of money with the Envy 15 and, in many ways, get a better experience than with the XPS 15.

If you have deep pockets and don’t really need fast GPU performance, then, by all means, opt for the XPS 15. But if you’re on a budget and you’ll benefit from significantly quicker graphics, then the Envy 15 is the choice for you.

Facebook
Twitter
Pinterest
WhatsApp
Previous articleShould you purchase the Nest Wifi Router or the eero Pro?
Next articleLatest iPad 12.9 back down to lowest-ever price at Amazon