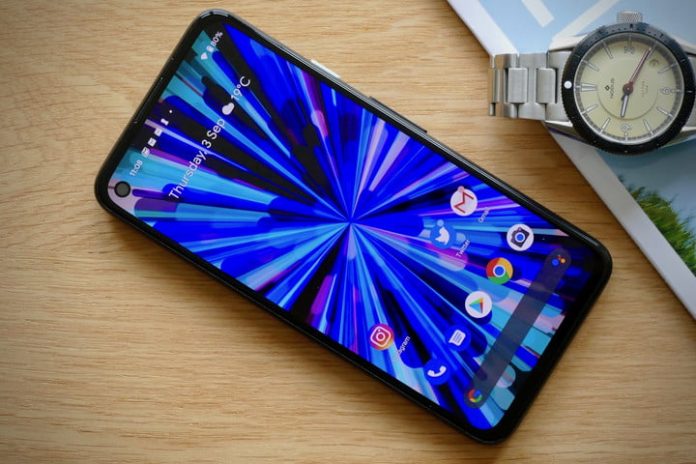 The Google Pixel 4a and Apple iPhone SE (2020) are arguably the two best budget smartphones ever made. They may not be as immediately attention-grabbing as some of their more expensive siblings and rivals, but they manage to deliver surprisingly high quality when it comes to the core smartphone fundamentals. Their cameras are great, their processors are more than capable, and they offer some very slick and easy-to-use software.

They’re almost perfect if you want a (relatively) cheap smartphone that gets the important stuff right. However, assuming that you’re not going to buy both of them, which one is best? We answer this question by comparing the Pixel 4a and iPhone SE (2020) across a range of categories, looking at their designs, displays, performance, cameras, software, and special features. This should clear up the mystery of which is the right budget smartphone for you.

Neither the Google Pixel 4a nor the iPhone SE (2020) is going to win the Most Beautiful Smartphone of the Year Award, although each device isn’t without its charms. The Pixel 4a represents a step up from previous Google phones, such as the Pixel 3a, largely because it now features a nice edge-to-edge display rather than a pretty ungainly forehead bezel. Compared to the iPhone SE’s anachronistically chunky bezels (at the top and bottom of the screen), it looks pretty modern and elegant.

That said, the Pixel 4a has a big problem when it comes to its design: The plastic casing. Rather than use the kind of sleek glass you’ll get with the iPhone SE, its rear and side casing is made of a very inexpensive black plastic. It looks cheap and it feels cheap, and it sadly undercuts the sense that you’re holding a phone from 2020.

Things improve for the Pixel 4a with its 5.81-inch OLED display. It’s not spectacular, but with a resolution of 2340 x 1080 pixels (443 ppi), it more than exceeds the pixels per inch provided by the iPhone SE’s 4.3-inch screen (326 ppi). Not only is it bigger, but the added resolution means that it provides a noticeably sharper and more vibrant screen than Apple’s phone.

However, the iPhone SE scores a point for durability. While the Pixel 4a doesn’t come with an official IP rating, the SE is rated at IP67, meaning it can withstand immersion in shallow water for up to 30 minutes. Combined with its sturdier glass casing, it seems more reassuringly solid than the Pixel 4a.

Given that each phone has an advantage in different areas, this round is a tie.

The biggest draw of the iPhone SE is undoubtedly the fact that it houses the powerful processor you’ll find in the more expensive iPhone 11 and 11 Pro. This is the Apple A13 Bionic chip, which has been designed to handle a new generation of artificial intelligence (A.I.)-based functionality. It’s extremely capable, and you’ll struggle to throw tasks at the SE that will significantly slow it down.

By contrast, the Pixel 4a packs a Qualcomm Snapdragon 730. This is a solid processor, and while it lacks the punch of the latest 865 units, it will still handle most tasks pretty well. Just don’t expect it to be quite as seamless as the iPhone SE, even if the 4a does come with 6GB of RAM (as opposed to the SE’s 3GB).

One advantage the Pixel 4a does have over the SE is that it comes with 128GB of internal storage as standard, while the SE gives you only 64GB. You’ll have to pay $50 more for the 128GB, something which will make the SE $100 more expensive than Google’s phone.

Another advantage of the 4a is its battery. Again, it’s not flagship-level, but at 3,140mAh, it does get the job done. We found in our review of the phone that it can last for two days under moderate use. Meanwhile, the iPhone SE goes for just over a full day before needing a recharge. Both phones support fast charging at 18W, so you should be able to recharge both fairly quickly.

As with the previous round, this is another draw. The iPhone SE may have the best internal processor available right now, but its smaller bank of ROM, as well as its slightly inferior battery life, allows the Pixel 4a to draw level.

The iPhone SE may boast a premium-level processor, but the Google Pixel 4a boasts a premium-level camera. Offering only 12.2MP, its single rear lens doesn’t seem particularly impressive on paper. However, Google’s harnessing of A.I. and machine learning means that it can take impressive photos in most environments and situations. It is just as good as the Pixel 4’s camera, and it’s even better than cameras on many flagship phones.

Like the Pixel 4a, the iPhone SE features a single 12MP rear lens camera. It also doesn’t sound like much, but its use of Apple’s software makes it much more capable than it has any right to be. You can rely on it to take good shots in most conditions, and it’s almost as good as the 4a’s camera in this regard. That said, one area where it slips a little is in its indoor image quality, with photos sometimes looking a little flat and overly neutral.

Even with this superiority, we’re still going to give this round to the Pixel 4a. Most people prioritize taking photos over shooting film, and with the 4a’s camera providing a wonderful balance of colors and dynamics in almost any situation, it just about beats the SE.

Unsurprisingly, the iPhone SE (2020) runs on iOS 14, while the Pixel 4a runs on Android 11. Deciding which is the best OS is a bit like trying to resolve the eternal John Lennon versus Paul McCartney debate: Both have their own strengths and weaknesses, and your preference for one or the other probably comes down to what you’re already used to and what your priorities are. Needless to say, both are very intuitive and user-friendly, and while iOS may have a slight advantage in terms of security, Android tends to be more customizable and flexible.

A similar story applies to updates. Given that Google develops Android, Pixel owners will be the first to receive updates. The same goes for the iPhone SE.

The Pixel 4a, for example, also brings a range of Google-exclusive features, such as Google Maps augmented reality (AR) directions and the A.I.-based Call Screen.

The iPhone SE doesn’t come with the TrueDepth camera seen in the iPhone X/XS/11, so you won’t get Face ID or Memojis. Still, it does offer Touch ID for security, as well as a surprisingly listenable internal speaker, which provides a good balance of frequencies.

Neither phone offers 5G. Nevertheless, you may be interested to hear that Google is due to release a Pixel 4a 5G at some point later in the year. If 5G is that important to you (and you live in a 5G area), it may be worth holding out until the 5G version is released.

This round is another tie. Each phone has its own strengths, and with both phones (currently) lacking 5G support, neither has a knock-out special feature that’s impressive enough to take the win.

The Google Pixel 4a is now available for $349. It’s supported by Verizon, US Cellular, and Google Fi, while it’s also being sold through Amazon, Best Buy, Walmart, Xfinity, C Spire, and Spectrum Mobile.

The iPhone SE (2020) is also available right now. It starts from $399, with the 128GB and 256GB versions costing $449 and $549, respectively. It’s supported by all major carriers and is available from most major retailers.

It’s a very close call, but the Google Pixel 4a just about beats the iPhone SE (2020) as the best budget smartphone. It looks (but doesn’t necessarily feel) more attractive, its screen is sharper, its battery life is longer, and it has a better camera. At the same time, its performance doesn’t fall too far behind the iPhone SE’s, while its software is just as usable in its own right. It’s also $50 cheaper than the SE if you want 128GB of internal memory.

Of course, if you prefer iOS and couldn’t ever imagine yourself using an Android, you’ll certainly be more than happy with an iPhone SE. It is a great budget smartphone, and with the same processor as the iPhone 11 and 11 Pro, it really won’t let you down.